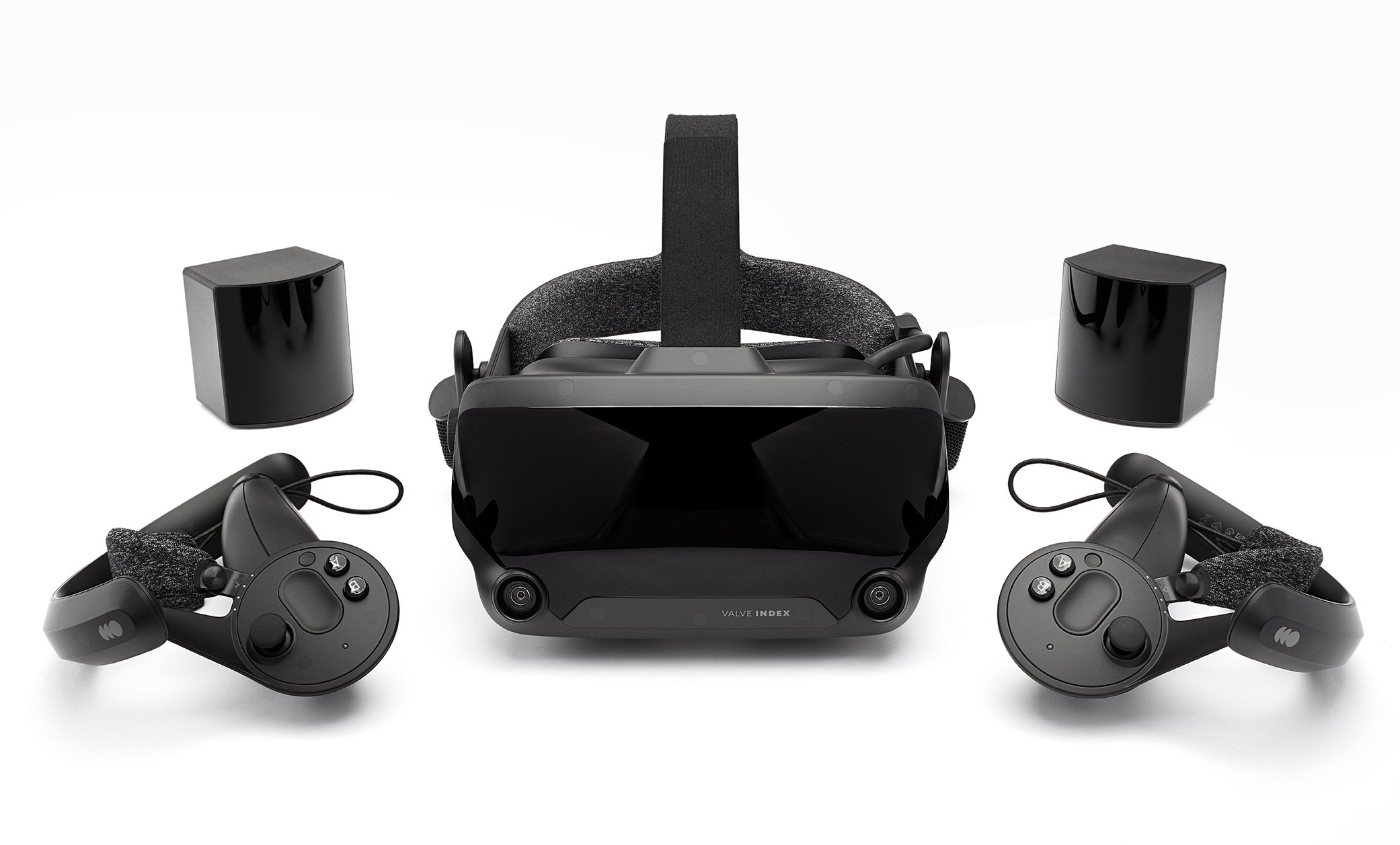 Valve Index is joining the already crowded landscape for virtual reality headsets, and the company powering Steam believes their high-fidelity solution will be enticing to VR enthusiasts. Valve announced the price and release date of the Index VR HMD today.

The Valve Index VR HMD will cost $499 by itself and will also be sold in a bundle with the new trackers and Knuckles controllers for $999. Preorders begin tomorrow in the United States and European Union. The targeted release date is July 1 for these brand new virtual reality headsets.

The company described the genesis of the Index product in their press release today: "Valve game teams requested increased fidelity to support AAA VR content development." The result is what Valve is calling a high-fidelity VR experience with best-in-class visuals and audio. They also boast natural input, reliable tracking and comfort for long-term usage.

The company's fidelity first philosophy applies to the audio, visual, and ergonomic design of the product. Valve Index features nearfield off ear speakers that do not make contact with the user's ears. Valve believes this audio solution will offer better immersion and comfort while providing a high-fidelity audio experience.

Valve Index features dual low persistence 1440x1600 LCDs. The company also claims the Index HMD pixel layout will enable full resolution RGB and 50% more subpixels than a typical OLED. Valve Index's low persistence LCDs (0.330 ms) are reportedly five times better than the HTC Vive. The Index VR HMD features a custom dual-element lens design that aims to achieve sharpness across large FOV and allow for a large human range of travel (eyebox). Users should expect an increase in FOV of about 20 degrees relative to HTC Vive. Lenses will be able to be adjusted to allow for maximum FOV. Many VR enthusiasts will also be happy to hear that the Index HMD will also feature mechanical IPD adjustment. Another high-fidelity feature of the headset is the frame rate. Valve claims the HMD will be capable of hitting 120 Hz with full backwards compatibility to 90 Hz while also introducing a 144 Hz experimental mode. These are big steps on the visual fidelity and comfort design fronts.

Valve was highly focused on designing hardware that will be comfortable during increased play-session length. This goes beyond the visual improvements detailed above, as the headset is designed for ergonomic comfort as well. The HMD features high-quality fabrics and padding, reduced weight, and careful geometry targeting 95% of adult heads. The Index will also be easily modded as Valve has included a "Frunk" USB space and stereoscopic front-facing cameras. The company will also be providing CAD, specs, and sample code to users who want to get their hands dirty.

It's knucklepuck time, Shackers! The Knuckles controllers are finally here and they are packing 87 sensors per controller. These optical, motion, capacitive, and force sensors will all work together to determine user intent and enable finger tracking. Human interface devices are hugely important for VR experiences, and Valve has spent a lot of time to make sure that the controllers are comfortable while allowing for backwards-compatible VR experiences. The company claims that the controllers will be able to last for seven hours on a single charge.

Valve Index VR HMD preorders go live tomorrow for US and EU customers and will hopefully ship on July 1. Are you going to pick one up? Let us know in the comments section and keep it locked on Shacknews for more information about all the latest VR HMDs.