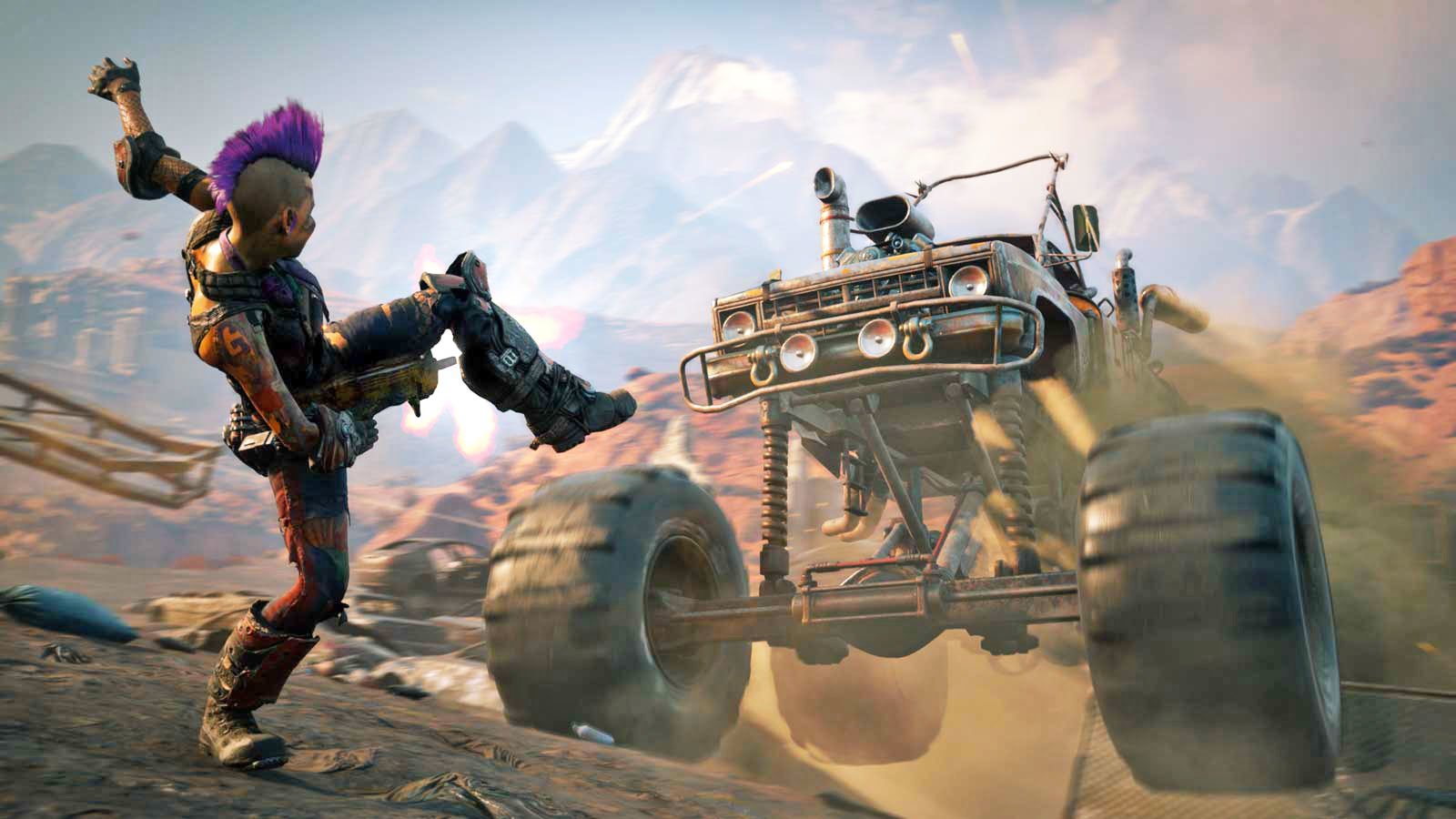 New Rage 2 trailer showcases everything you can do in-game

We're slowly inching closer to the release of Rage 2 this May, and there's a new trailer out that takes it upon itself to explain some of what you'll be able to do in the game. Spoiler alert: There's a lot of stuff.

Even the video description itself is getting in on the action to tell you what's out there to do in the upcoming Bethesda sequel. Rage 2 looks like it's going to be a veritable party.

“You know how most games have either guns OR cars OR open worlds OR superpowers? RAGE 2 says ‘nah’ to OR and ‘hell yeah’ to AND AND AND AND AND,” says the video description.

For the uninitiated, Rage 2 lets players take on the role of Walker, the last Ranger, setting out to destroy General Cross and his mutant army. Firepower? Oh, he's got it by the boatload. Some of the weapons included in the game, like the Firestorm Revolver, Hyper Cannon, and Wingstick (the old standby) look particularly lethal, and we can't wait to put them all to the test. There are quite a few exploding enemies, too, which look like a lot of fun to blow up.

Shacknews' Ozzie Mejia previously went hands-on with Rage 2, and here's what he had to say about the experience:

"Whether Rage 2 will ultimately work feels like it will be determined by the number of activities available to the player. I didn't have enough demo time to get a full idea of just how much is available to do in the world, but with a much larger world to play with, id and Avalanche will hopefully provide plenty of things to do. The creative gunplay is intriguing, but it can only go so far. With driving being a central element, I'm also hopeful that the driving mechanics get another look, as the vehicles proved difficult to handle, especially in the derby."