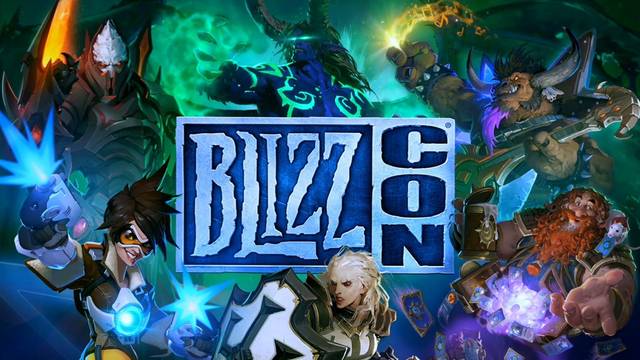 BlizzCon 2019 dates announced, tickets on sale May 4 and 8

BlizzCon has returned for another year in a row, as Blizzard Entertainment has announced, and it's about time to get your tickets.

The convention for all things Blizzard will be taking place on November 1 and November 2 later this year, with tickets slated to go on sale in two waves on Saturday, May 4 and Wednesday, May 8. BlizzCon is going to be even bigger this year, too.

This year, fans can pick up the new BlizzCon Portal Pass, which is a different option than the standard BlizzCon Pass or the BlizzCon Benefit Dinner tickets, as that event is still happening this year as well. The Portal Pass will let people get into the new Darkmoon Faire on the eve of BlizzCon and allows fans to be some of the first to enter the show on Friday and Saturday in addition to offering parking, registration and security lines with priority access, and a lounge they can spend time in while potentially hanging out with Blizzard employees.

“BlizzCon has served as a home away from home for the Blizzard community, a place where online friends can meet up in real life and new friendships are formed,” said J. Allen Brack, president of Blizzard Entertainment. “We’re looking forward to welcoming everyone to the show this year, reconnecting, celebrating, and sharing some of our latest developments.”

This time around, the goody bag that's typically given out to attendees has also been replaced by a choice between two BlizzCon Commemorative Collectible Statues, which come in either the Orc Grunt or Human Footman variants in celebration of Warcraft's 25th anniversary. The statue selection must be made when you're buying your ticket, so choose wisely before you lock in your purchase. They'll be sold separately during May 4 for anyone who isn't attending but would still like a statue to commemorate the occasion.

If you're planning on going to BlizzCon, you'll want to ready your ticket purchases as soon as you're able to grab them, because this event sells out quickly. Otherwise, stay tuned to Shacknews for additional updates on the Blizzard-centric show and we'll make sure you're kept up to date when it's happening later this year.