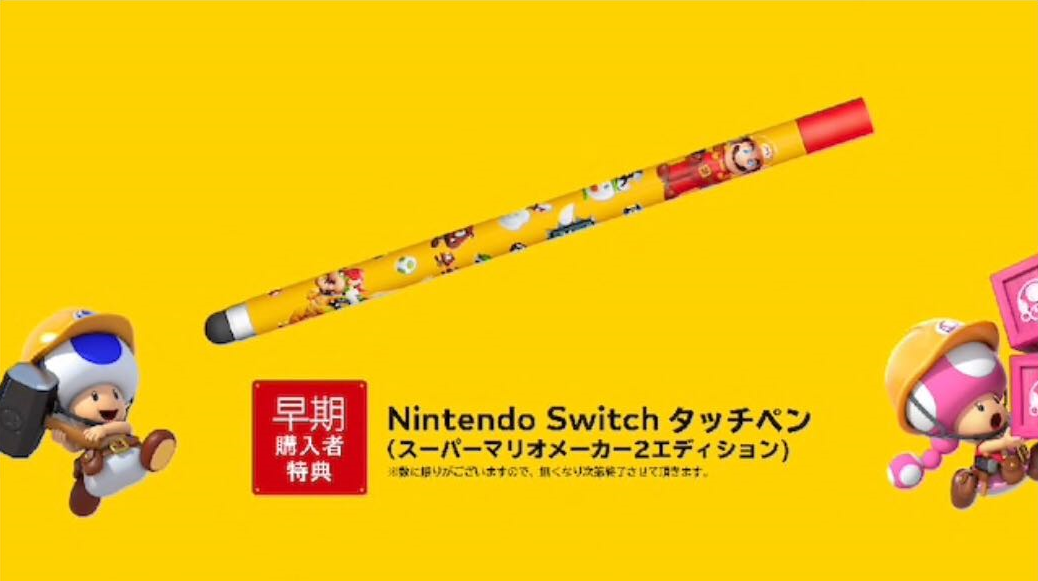 The Nintendo Switch stylus with the Super Mario Maker artwork is likely a pre-order bonus, but one has to think Nintendo will sell it separately at a ridiculous profit margin. This news is refreshing for handheld Switch players who have been waiting for a game to really take advantage of the touchscreen. Super Mario Maker was great on the Wii U largely because of the stylus input on the Gamepad. It is great to see that Nintendo understands that aspect of the experience and will bringing it to the much larger Switch audience.

We are still over two months away from Super Mario Maker 2's release date, but there is still plenty to get excited about. Mario Maker 2 will be adding tons of features like hills and the ability to control the camera. For the first time ever in the series, players will be able to create levels with assets from Super Mario 3D World. Cat Mario and his pals will be coming to Nintendo Switch for the first time. Today's news that touch input will still be available for the hybrid portable console is great for fans of the original game on Wii U.

Be sure to keep it locked on Shacknews leading up to E3 2019, where will we certainly hear more about Super Mario Maker 2. What kind of levels are you thinking about building? Let us know in the comments section.