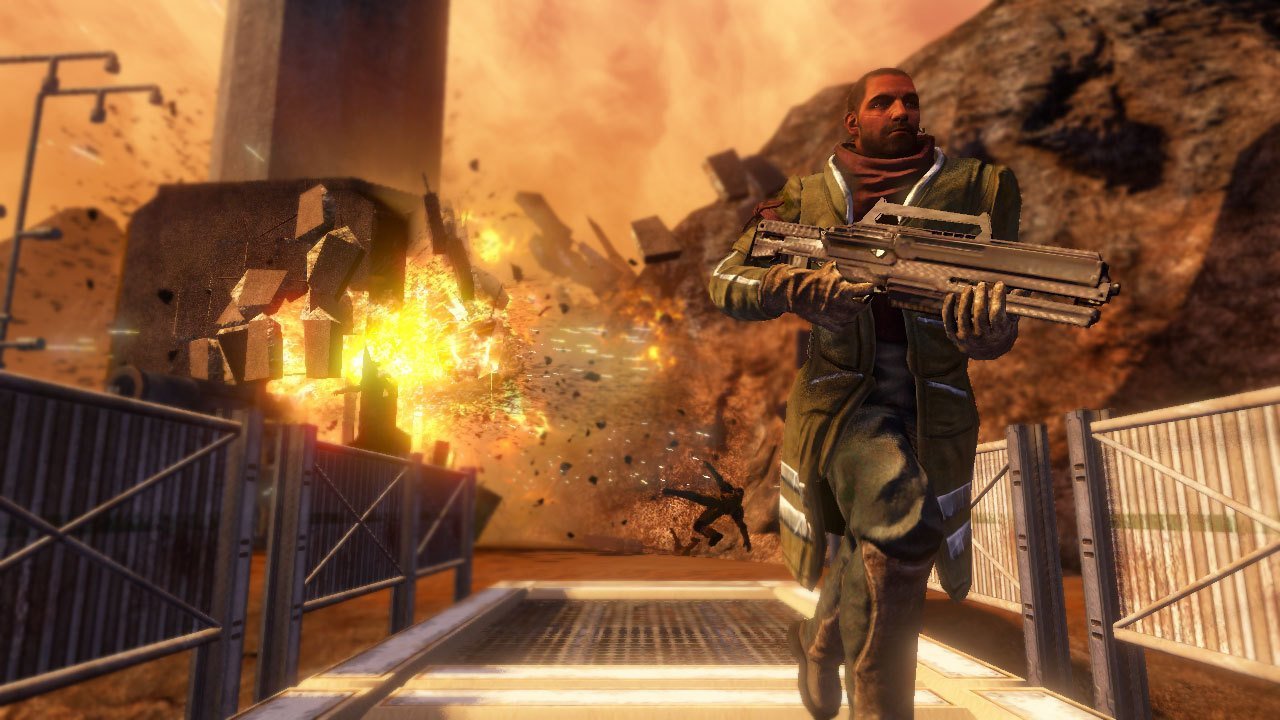 If you're more interested in playing the game on Xbox One, PlayStation 4, or PC, it's out now on those platforms. But if you're looking to jump into it on Nintendo Switch, you'll just have to wait around for later this summer.

The Re-Mars-tered Edition packs plenty of improvements into one package with this re-release, including the following:

The third game in the Red Faction series is all about taking the fight to Mars with destructible environments, plenty of structures to basically terrorize and knock down, and other action-packed sequences you'll love playing through with your favorite handheld that isn't a new DS, unfortunately (we seriously do want one).

If you ask us, the Switch, like most games, is the best place to experience this remaster, especially if you've been looking to beef up your library a bit more. There's plenty to love about it, and you can finally give it the attention it deserved when it launched.

You can pick up the new Switch version when it lands on July 2 for $29.99. That's just in time to celebrate Independence Day by exercising your right to blow things up on Mars! You want to do that, don't you? Of course you do.