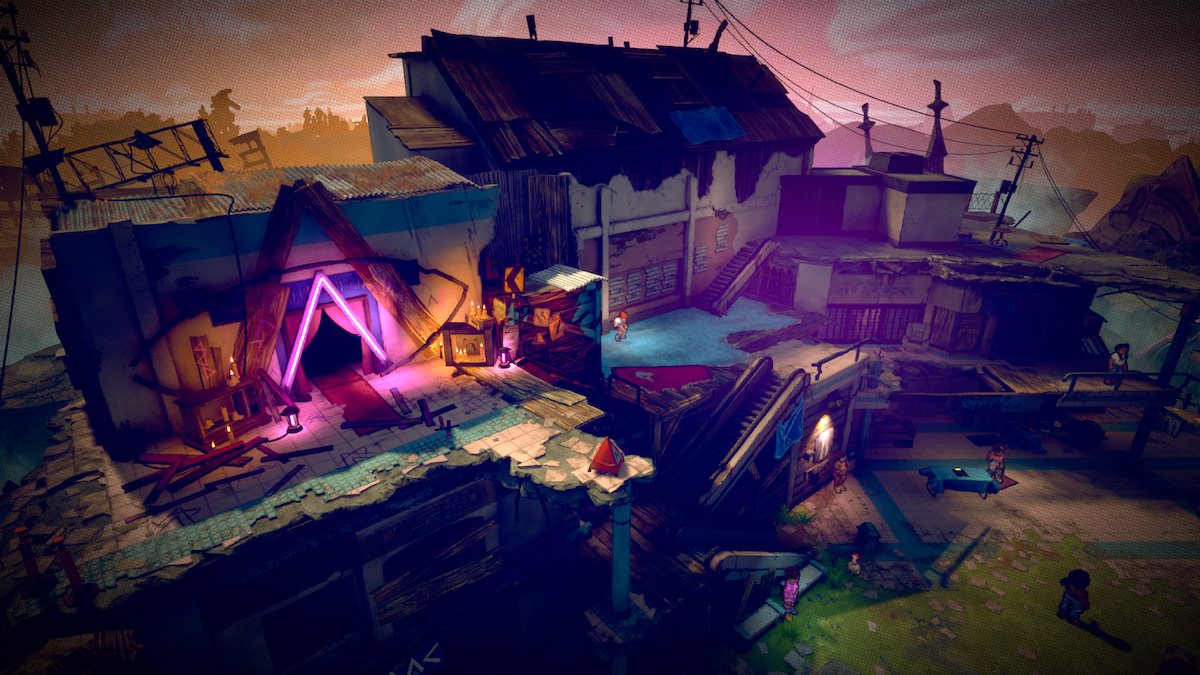 Bandai Namco and Double Fine have been working in tandem on the upcoming action rogue like RAD, and we've got a look at a few new assets from the game.

The new images focus on the town hub where players will begin their journey and then start out on their trip through the Wastelands. There will be plenty of strange characters to interact with along the way, like Bob with his custom-built town gate, Billy the town farmer who has nothing to plant, and the Elder, the oldest and mysterious old man who lives on the edge of town.

Don't be fooled by its somewhat silly name. RAD is a third-person, top-down action game that stars a young boy working to survive in the apocalypse. That's a lot harder than it sounds, mind you. When everything's out there trying to kill you, you do what you can, no matter what – luckily, RAD makes it seem pretty fun.

We first got a look at RAD during the previous Nindies Showcase, where we were introduced to a hero trudging through a wasteland thoroughly inspired by the '90s. Every step he took found neon green grass springing up, and various mutations plaguing his body. One scene finds him sprouting wings and a snake head. It doesn't make a lot of sense, but then again it doesn't have to. It just has to hold people's interest, and from where we're sitting, it looks like it definitely will from what's already been shown.

RAD is coming to PlayStation 4, Xbox One, Nintendo Switch,and PC this summer, though there isn't a confirmed release date just yet.