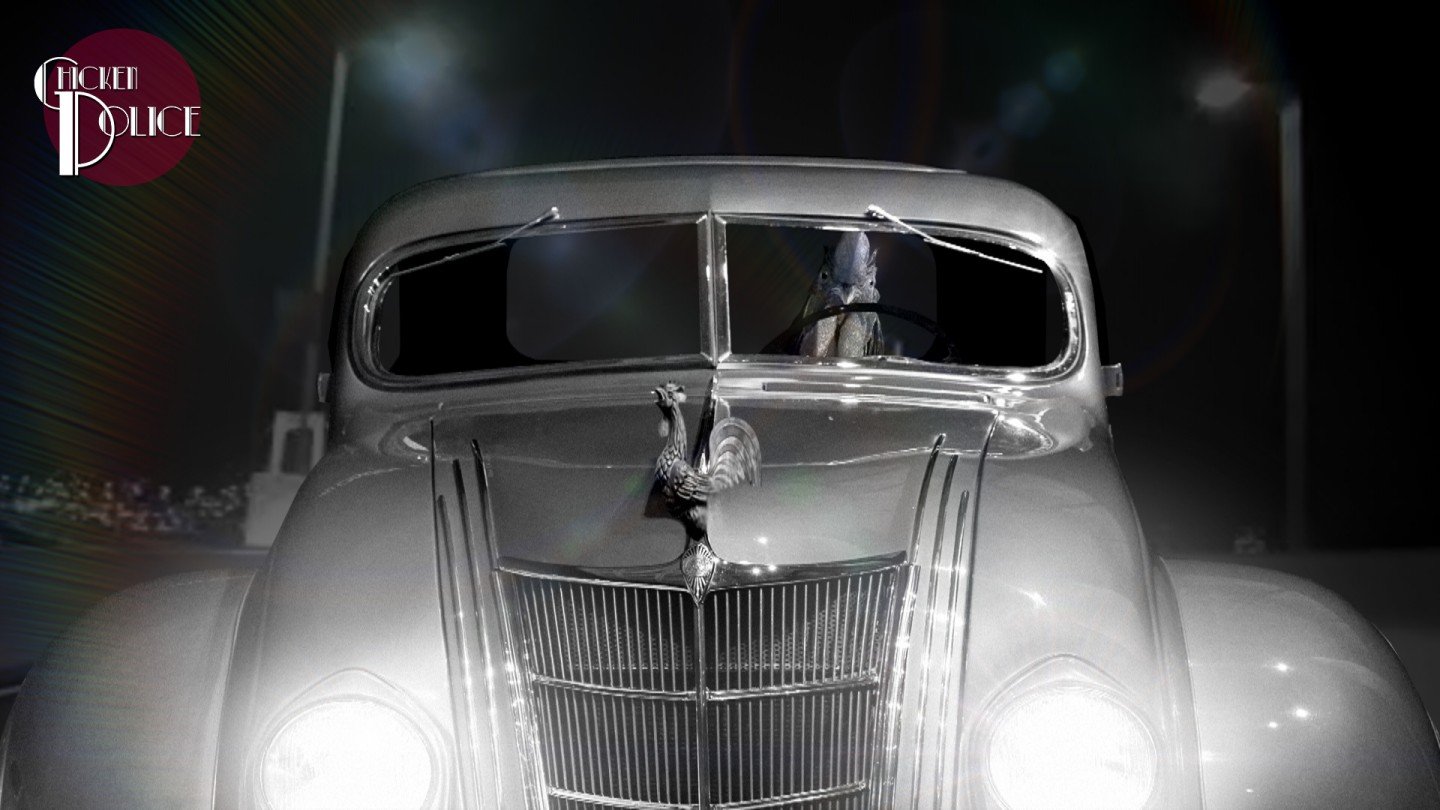 Interview: Chicken Police was inspired by a YouTube video

What inspires video game developers to create the stories that they tell? That’s always an interesting question to pose to various developers, and it’s a question that we recently posed to developers The Wild Gentlemen, about their upcoming film noir game, Chicken Police.

With a name like Chicken Police, it’s pretty clear that we’re dealing with someone a little off the cuff. Set across five episodes, Chicken Police is a film noir that blends animal characters with the black and white backgrounds of old detective films. While the adventures of Santino “Sonny” Featherland might seem a bit strange, the inspiration behind the game itself is a bit stranger.

Speaking with the game's writer at Reboot Develop Blue, we learned that Chicken Police was inspired by a random YouTube video that he came across. In the video, which we’ve managed to track down, two rabbits are seen fighting when two chickens butt in, breaking up the fight. He stated that the overall ridiculousness of the video struck him, and he just felt like it needed to be a game. It’s an interesting story, and definitely a unique place of inspiration. Really, when you think about it, it’s quite amazing that such a simple video spawned as complex of an idea as an entire world made up of humanoid animals where a chicken has to solve crimes.

Chicken Police is a point and click adventure game that looks to modernize the formula a bit. It’s definitely an interesting looking title, and one that indie fans and film noir fans will want to keep an eye on as it continues through development. For more interviews like this, make sure you head over and subscribe to the GamerHubTV YouTube channel. You’ll also want to be sure to subscribe to the official Shacknews YouTube channel as well, where we often share strategy content, gameplay walkthroughs, and even exclusive previews of upcoming titles.