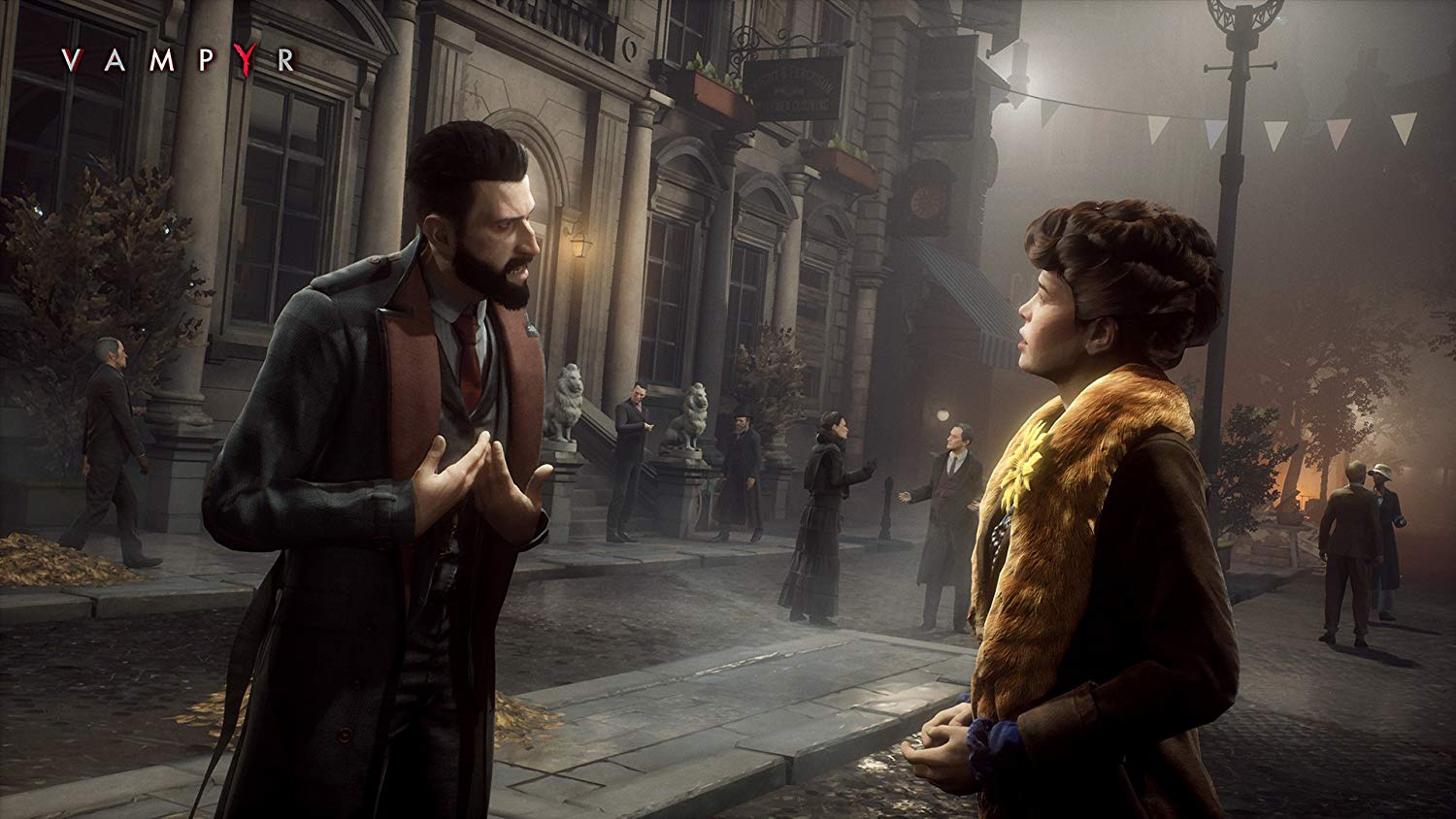 In case you weren't keeping track, that's a lot of copies of Vampyr, and great news for the companies, which teamed up for a very fruitful partnership. And it looks like people really took to Vampyr like a vampire to, well, blood. Vampires sure do love the stuff.

We're proud to announce the renewal of our partnership with @DONTNOD_Ent for the most ambitious game in our history together!

Vampyr has players following Dr. Jonathan Reid as he deals with this cursed existence in London while working to uncover the secrets behind a disease that's befallen the citizens around him. All the citizens in the game's four districts need help, and Jonathan must figure out who to save and who to sacrifice in order to make things right. Life is Strange developer Dontnod cautions that your actions can be costly, so make sure you know what you're doing and what you're throwing away when you start playing. There are plenty of different outcomes depending on what you decide to do in terms of sacrificing and saving.

"There are some bugs that can just be glanced over during a playthrough, but there are a few that certainly need the development team’s attention post-launch. It’s far from spotless out of the gate, but Dontnod has created an interesting concept in a world that I want to learn a lot more about. It’s a world that is a lot of fun to explore and manipulate at its best."

If you haven't played the game just yet, now might be a good time to do so, because it looks like the company is indeed riding high on this awesome announcement. Congrats to all parties involved for reaching this impressive milestone!

The Waylanders confirms pets will be in the game, and you can pet dogs

The Academy: The First Riddle offers a Harry Potter-inspired puzzle adventure in June