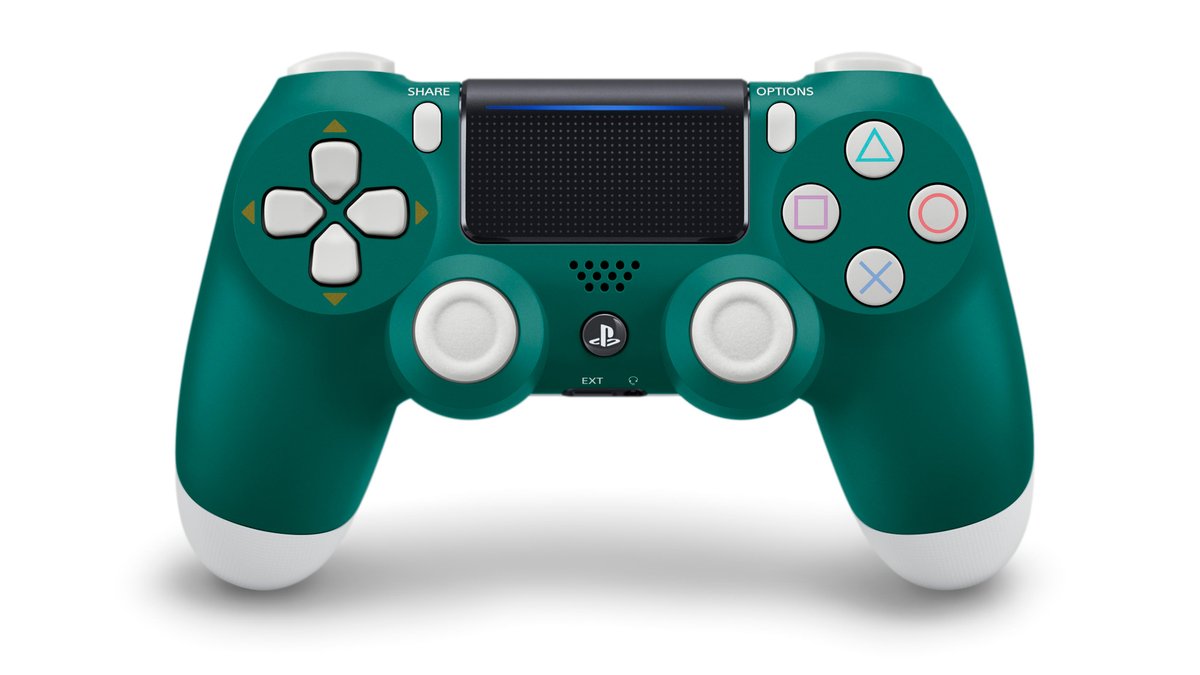 Just as Microsoft unveiled a new colorway for its Xbox One controller in the form of the new Phantom White, Sony has also introduced a new PS4 controller.

The Alpine Green edition of Sony's famous DualShock 4 PlayStation 4 controller is coming next month, and it features a contrasting green and white color scheme. Additionally, the directional arrows have golden accents. It's an interesting color choice, to say the least, calling forth visions of My Hero Academia's protagonist Deku and his iconic hair and suit.

Sony has released plenty of different versions of its controllers over the years, but this is one of the fist to feature this particular set of colors. It's not really like anything the company usually produces, but it's still a pretty attractive set of hues, especially with its somewhat Legend of Zelda-centric vibes.

It's certainly a sight better-looking than the old berry blue release that came out not long ago, as well as the sunset orange, blue camo, and copper variants. For some reason, Sony likes to shy away from solid colors most people might actually opt for (like a bright pink or neon green, hello?!) and go with these strange colors, but hey – people still buy them.

Luckily, there are plenty of services online that will help you purchase the controller of your dreams with your own custom colors, too, like that of Colorware, where you can purchase your own equipment just the way you want it, in case these hues aren't doing it for you.

The Alpine Green controller will be hitting retailers in the US and Canada this April or $64.99. It's available to preorder online, and you can check for it at certain brick and mortar retailers as well.