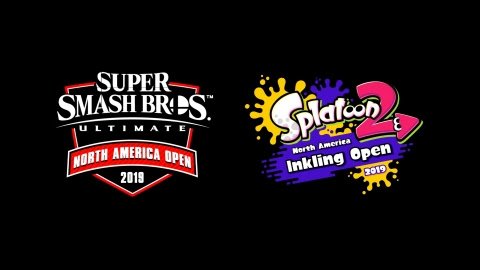 Nintendo is going to PAX East, and you're invited along for the ride.

As PAX East descends upon Boston laster this month, Nintendo will be bringing along esports, new games, and more to keep everyone entertained for the long haul, as the convention stretches over three days.

The final events for Super Smash Bros. Ultimate North American Open 2019 and Splatoon 2 North American Inkling Open 2019 are going down on March 30 at the PAX Arena. Anyone with a PAX East Saturday badge can attend on a first-come, first-served basis, so you'll want to high tail it over if you want to get in before everyone else.

Both tournaments have been hosting special online qualifiers over the past few months, culminating in this final showdown between players. If you can't go to the show, don't worry though – there will be a livestream to watch it all go down hosted via the official Nintendo website.

Otherwise, if you are going, you can get some valuable hands-on time with games like Yoshi's Crafted World, Dragon Quest Builders 2, Mortal Kombat 11, and Bloodstained: Ritual of the Night. There's also a variety of indie games poised to come to the show that you can spend some time with.

“PAX East will be really exciting this year. Not only will we have new games for fans to try, but it will also be the culmination of our Nintendo Switch tournaments across North America,” said Doug Bowser, Nintendo of America’s Senior Vice President of Sales and Marketing. “From the thousands of competitors who began the journey, our finalists rose to the top and are ready to put the skills to the test for everyone in person and watching online.”

Nintendo's booth will also include a fun photo booth inspired by Yoshi's Crafted World as well as mini-challenge competitions that will offer some branded prizes while supplies last. Basically, it sounds like the Nintendo booth is very much the place to be this year at PAX East.

PAX East is going on from March 28 through March 31, so better snag a badge if you want to go!