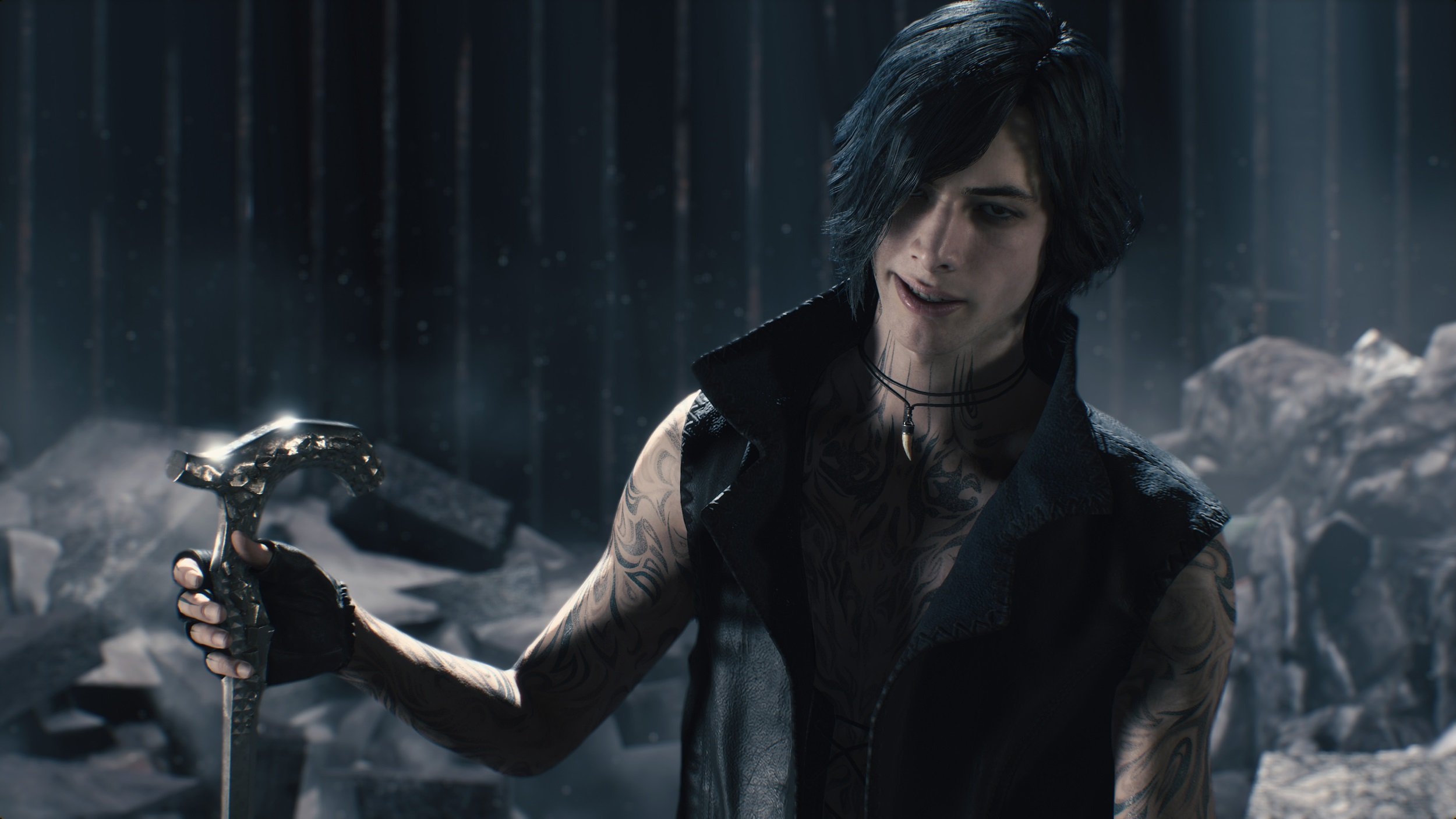 Can you play as Vergil in Devil May Cry 5?

There are a number of major characters in the Devil May Cry series canon, and one of them is Vergil. The twin son of Sparda managed to steal some of series protagonist Dante's thunder in the previous two Devil May Cry releases, and players who haven't jumped into the latest game are wondering what role — if any — Vergil plays in Devil May Cry 5. Read on to discover all the details.

It probably goes without saying, but we'll say it anyway: Massive Devil May Cry 5 story spoilers are to follow. This is your spoiler warning: Reader discretion is advised.

Is Vergil playable in Devil May Cry 5?

Seriously, there are major DMC5 spoilers in here. Continue reading at your own risk!

Even though Vergil isn't technically playable, at one point during the game, it is revealed that V is more or less Vergil himself. Like Dante, Vergil is both human and demon, but while Dante embraces his humanity, Vergil has long denied it. However, when he decided to split his human and demon forms apart, the mortal side of Vergil became V. In other words, V and Vergil are the same person, or at least parts of the same person.

Of course, the demon side of Vergil also plays a part in the plot of Devil May Cry 5, but we're not out to totally reveal V's side of the story. After all, players who have made it far enough to know V's true identity will learn the demon's identity as well.

So, is Vergil playable in Devil May Cry 5? No, not if we're being technical. The human side of Vergil's power can certainly be harnessed by the player, but otherwise Vergil exists as a non-playable character in DMC5. Keep on top of other informative guides like these plus find in-depth tips and strategies for Capcom's latest action-filled release by heading over to Shacknews' Devil May Cry 5 home page.