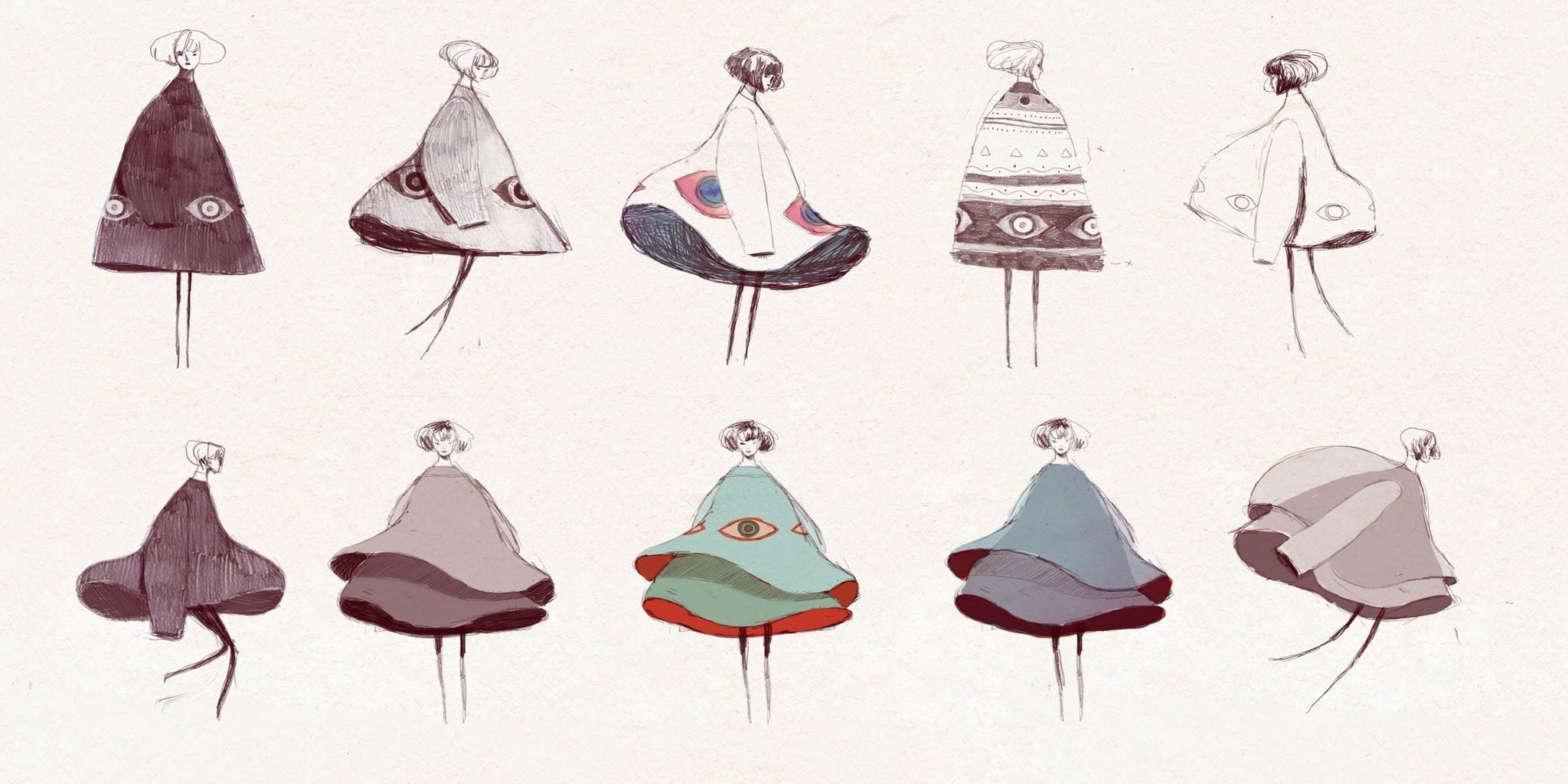 Gris closed out 2018 with one of the most visually stunning experiences in recent memory, ushering players through a young girl's painful journey through sorrow. Many resonated with the tale, which sold over 300,000 copies on PC and Nintendo Switch, and Devolver Digital is celebrating with an update called Gris Undone.

Gris's art and audio design are major highlights of the experience and the Gris Undone update shines a spotlight on those aspects with never-before-shown concept art, aesthetics, and original music that didn't make the cut for the final version of the game at launch. The update adds a browser to explore the music tracks by Berlinist and unused art from Gris Creative Director Conrad Roset. You'll not only find an alternative version of the main theme, but also early designs of the lead's dress, which has become a character in itself.

GRIS Undone is a free update that includes a small catalog of unused music and designs browsable from the menu!

Thanks to the 300,000 people that have enjoyed our story so far.

GRIS is available for 15% off for a limited time. pic.twitter.com/JsAyBTu1B9

Gris's lead character is a hopeful young girl who's sorrow is manifested in her dress, which serves as the mechanic that gives her new abilities to traverse the game's world. The developers fully immerse players in the game's world, providing an evocative experience with very little text to distract from the visuals blossoming on screen.

The game showed us "flashes of a fantastic planet" as stated in the title of our full Gris review. The title, developed by Nomada Studio and published by Devolver Digital, earned a 7 out of 10, earning positive marks for smooth platforming gameplay, the excellent watercolor aesthetic, and great music cues that changed with the game's various themes. Those who haven't played yet should expect skill-based challenges, platforming, and light puzzles void of any kinds of danger or death.

Gris launched in December 2018 and is available on Nintendo Switch and PC. In addition to the new Gris Undone update in celebration of selling over 300,000 copies, the game is being discounted 15% for a limited time on both platforms. Stay tuned to Shacknews for additional gaming and tech updates.