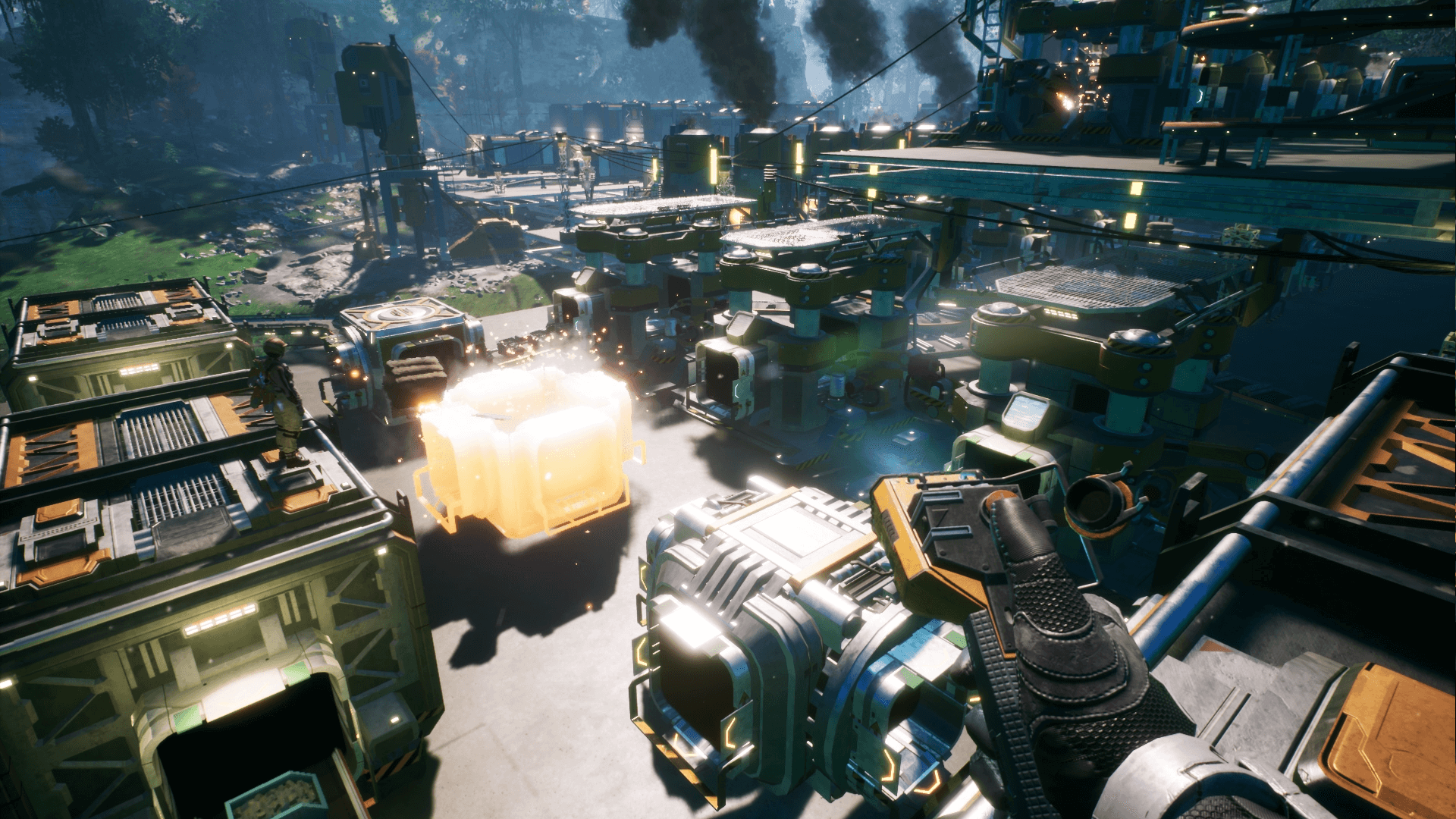 You'll likely recognize Coffee Stain Studios as the minds behind games like Goat Simulator and Sanctum, and Satisfactory is their newest project. It first made its debut during 2018's PC Gaming Show, and it looks a lot like the game Factorio. There's one key difference, though, as stated above. It's in fist-person, which means you can create factories with multiple levels and see the inner workings of your business firsthand.

As the game enters Early Access, you'll be able to jump in and check out everything it has to offer, as Coffee Stain provides polish, performance fixes, and other new features as it ticks off the boxes on its early access roadmap to get the game ready for everyone to enjoy. It supports up to four players, but you will have the ability to add more players than that in the future if you want, too.

Previously, Satisfactory was available as part of a closed alpha for fans to get a taste of what the game would offer. Now it's almost ready to make its full debut soon enough – we'll just have to be patient.

We have just announced our Early Access release date! Check out the trailer below!

ALSO we will have an alpha test weekend this weekend - ONLY for those who signed up for the alpha and did not receive a key. More info on everything soon™https://t.co/5J0bLqNBF2

“We’re a small team and Satisfactory is a hugely ambitious project which we’ve had our heart set on creating for a long time. There will be bugs and flaws but we’ve reached a point in development where the game is stable enough to offer an awesome experience and we’re looking forward to inviting players to join us on this exciting Early Access journey,” said Oscar Jilsén, Game Director at Coffee Stain Studios. “We can’t wait to see what players build, both in terms of their own factories, and their vision for the future of the game.”

Satisfactory is an Epic Games Store exclusive, and it's up for preorder now for $30, ahead of its March 19 debut.