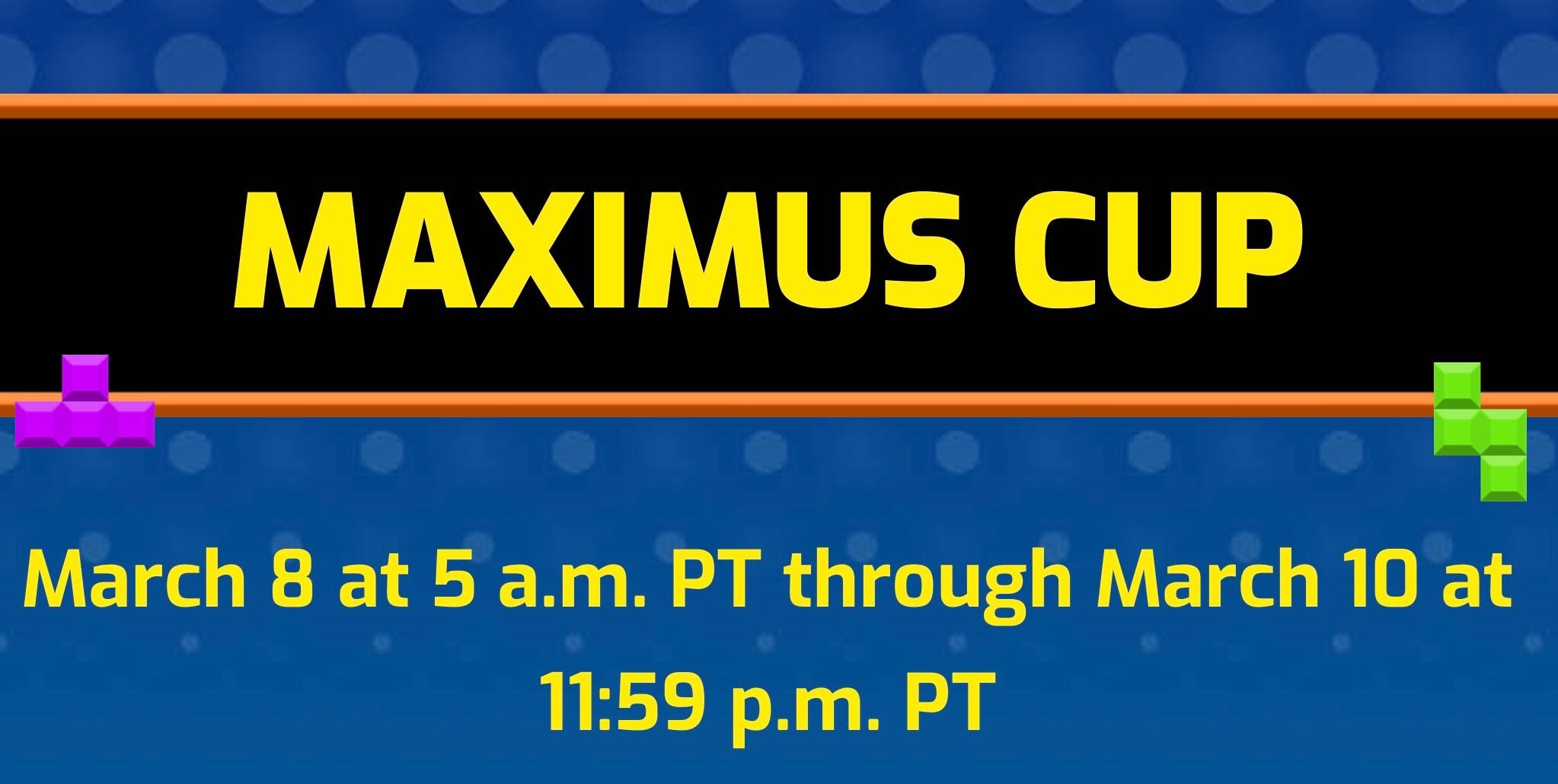 Tetris 99 has almost been out for a month following the surprise release on February 13, and players are having a great time with the battle royale puzzle game. The Tetris Company and Nintendo have announced the first special event for Tetris 99 called the Maximus Cup. Players will have a few days to show they are one of the best 999 players in the world of Tetris 99.

NO PURCHASE OR PAYMENT OF ANY KIND IS NECESSARY TO ENTER OR WIN THIS CONTEST.

Purchase will not improve odds of winning.

Eligibility: Contest is open only to individuals who are (1) legal residents of the 50 United States (including D.C.), Canada (excluding Quebec) or Mexico; and (2) at least 13 years old at the time of entry if a resident of the United States or Canada, and at least 18 years old if a resident of Mexico. To be eligible for the Contest, you must have legal access to each of the following: (a) a Nintendo Switch system and Tetris® 99 game; (b) a Nintendo Switch Online membership or free-trial; and (c) have easy and regular access to a consistent, reliable high-speed Internet connection. All players under 18 years old (or under the legal age of majority in the player’s jurisdiction of residence) (“Minor”) must obtain consent from their parent or legal guardian to participate. By permitting a Minor to participate in the Contest, such Minor’s parent or legal guardian represents and warrants that he or she has read, understands and agrees to the terms and conditions of these Official Rules on behalf of both the parent or legal guardian and the Minor. Directors, officers and employees of Sponsor, The Tetris Company and any of its respective affiliate companies, subsidiaries, agents, professional advisors, and advertising and promotional agencies, and persons with whom each are domiciled, including immediate family, are not eligible to win any prizes.

Selection of Winners: On or about March 24, 2019, Sponsor will identify the 999 players with the most TETRIS MAXIMUS wins during the Contest Period as potential winners. In the event of any ties, player(s) that achieved their last TETRIS MAXIMUS win in the fastest time will be the potential winner(s). The potential winners will be notified by the email associated with their Nintendo Account on or about March 24, 2019. After verification of the entrant’s eligibility, such entrant will be awarded a prize, as set forth below. If a prize is won by a Minor, it will be awarded to a parent or guardian on the Minor’s behalf.

Odds of winning a prize depend on number and skill of eligible players participating in the Contest. No substitutions or exchanges (including for cash) of any prizes will be permitted, except that Sponsor reserves the right to substitute a prize of equal or greater value for any prize. Prizes may not be transferred to any other person. Limit one prize per person. All prizes are awarded "AS IS" and WITHOUT WARRANTY OF ANY KIND, express or implied, (including, without limitation, any implied warranty of merchantability or fitness for a particular purpose). All federal, state, PROVINCIAL and local taxes associated with the receipt or use of any Prize are the sole responsibility of the winner.

Identity of Entrant: In the event of a dispute about the identity of the entrant, Sponsor may declare an entry to have been made by the authorized Nintendo Account holder of the username submitted at time of entry. The potential winner may be required to provide Sponsor with proof that the potential winner is the authorized account holder of the username associated with the winning entry.

The Tetris 99 Maximus Cup starts March 8 at 5:00 AM PT and will end March 10 at 11:59 PM PT. Have you been able to win a game of Tetris 99 yet? Let us know in the comments section and stay tuned to Shacknews for more information about taking home some My Nintendo Gold Points. If you are one of the lucky 999 players, you will achieve Tetris immortality. Which is probably better than ten bucks, to be honest.

Shout out to dodob for bringing the Maximus Cup to our attention with his Chatty thread. Need to get good at Tetris 99? Check out our tips for beginners and casual players.