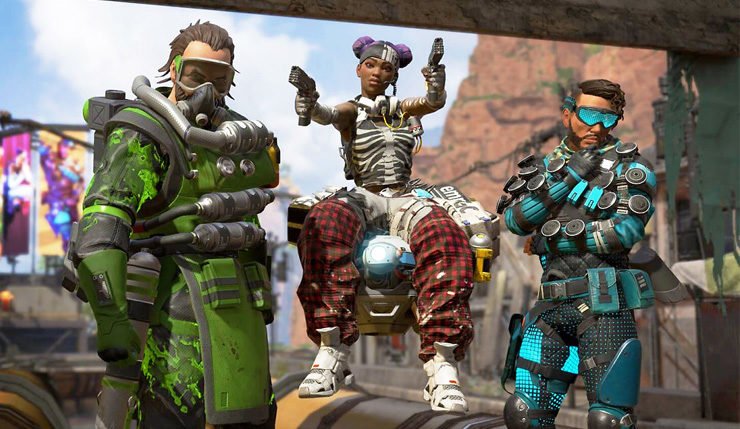 Call it a potential Fortnite killer if you want. Whatever it is, it looks like Apex Legends is gaining some serious stem.

The free-to-play battle royale title is rocketing to the top of Twitch charts. It managed to achieve the fourth highest single-day views in five years on the streaming platform, thanks to the recent Twitch Rivals event organized by developer Respawn, and it shows no sign of slowing its momentum from there.

The event took place on February 12, where Apex Legends fans eagerly tore through 8.4 million hours of matches, according to Gamoloco, a Twitch tracker that keeps up with this information. That's over a million higher than Fortnite's most successful single-day viewing numbers of all time, which ranks at 7.2 million hours for its July Season 5 launch in 2018.

Apex Legends has also retained two more places in the Top 15 best single-day viewing numbers, which is an impressive set of figures. On February 10, six days after launch, Twitch users had been watching 6.9 million hours and eventually increasing to 7.1 milli hours on the next day.

Apex Legends was a surprise, secretive release by Electronic Arts and Respawn earlier in February. It's a free-to-play battle royale that amassed over 1 million players in just eight hours since its launch, and has since expanded exponentially to 25 million. It reached two million concurrent players quicker than Fortnite, which is crazy when you think about it, and a great sign for the game's future.

It remains to be seen if Apex Legends is going to be sticking around for the long haul and continuing to grow into a major Fortnite competitor in terms of its future numbers, but with performance like this, it's safe to say there's a new game in town, and it ain't big enough for the two of 'em.