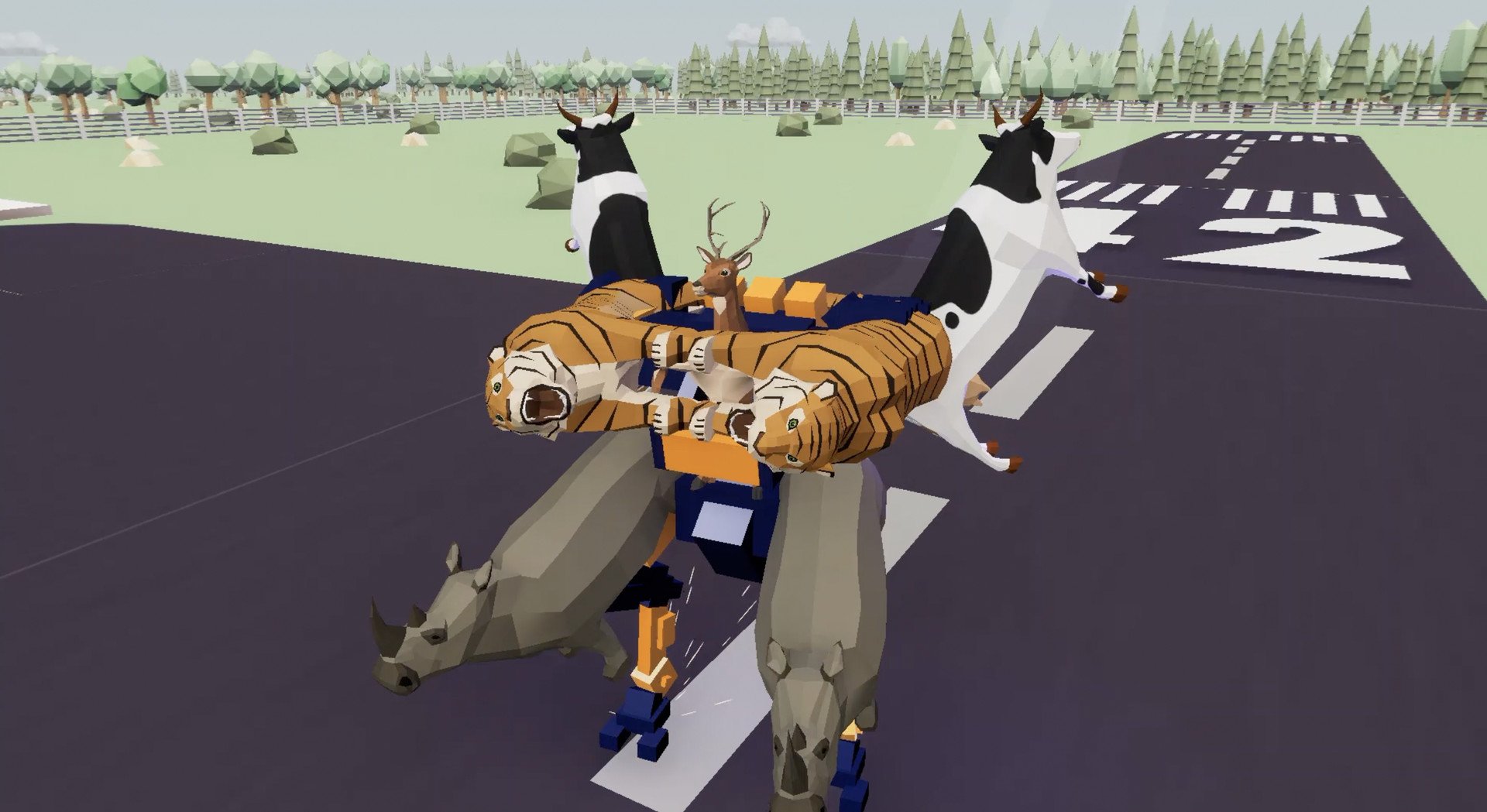 If you've grown bored with all the different quirky sims out there, well, you just haven't laid eyes on DEEEER Simulator: Quite normal deer game.

And that's a shame, because this bizarre take on the sim genre is something you need to make sure you keep an eye on. DEEEER Simulator, billed as a "slow life town destruction game," and it's finally picking up steam on Kickstarter after launching on January 29. After taking just a day to hit its crowdfunding goal on Japanese platform Campfire, it hadn't been as successful as it honestly should have been until now.

The project is only seeking $4,521 to become a reality, and at the time of writing it's already amassed $1,480 of its goal with 71 backers. It's been labeled as a Kickstarter "Project We Love," so you know it won't take much longer to reach its goal, which is great news – it looks hilarious!

But what's it all about? It's from solo developer Naspapa Games (24-year-old Keisuke Abe) and you essentially walk around being a weird little deer causing all kinds of trouble in a small town. You're going to wreak havoc on that town, all the while making people cry out "Oh, dear!" as you transform into animal-themed "mechs" and mess with the polar bear cops.

Honestly, just look at this game. It's something that has to be seen to be believed. Have you ever seen such a swole deal running through a city faster than a car? Running alongside tornadoes? Riding horses? I know you've seen an elephant fly with Dumbo, but have you seen it happen in DEEEER Simulator? Didn't think so.

There's currently no release date just yet for this magnificent spectacle of weirdness, but if you like using cows' udders and milk as jetpacks, riding enormous dragons, and playing puzzle games with live cows, this looks like the weird game for you. Oh, and sometimes gatling guns come out of the mouths of hippos. No big deal.

If you want to see this game come to fruition, you might wanna head on over to its Kickstarter page. We can't wait to get our hooves on it.