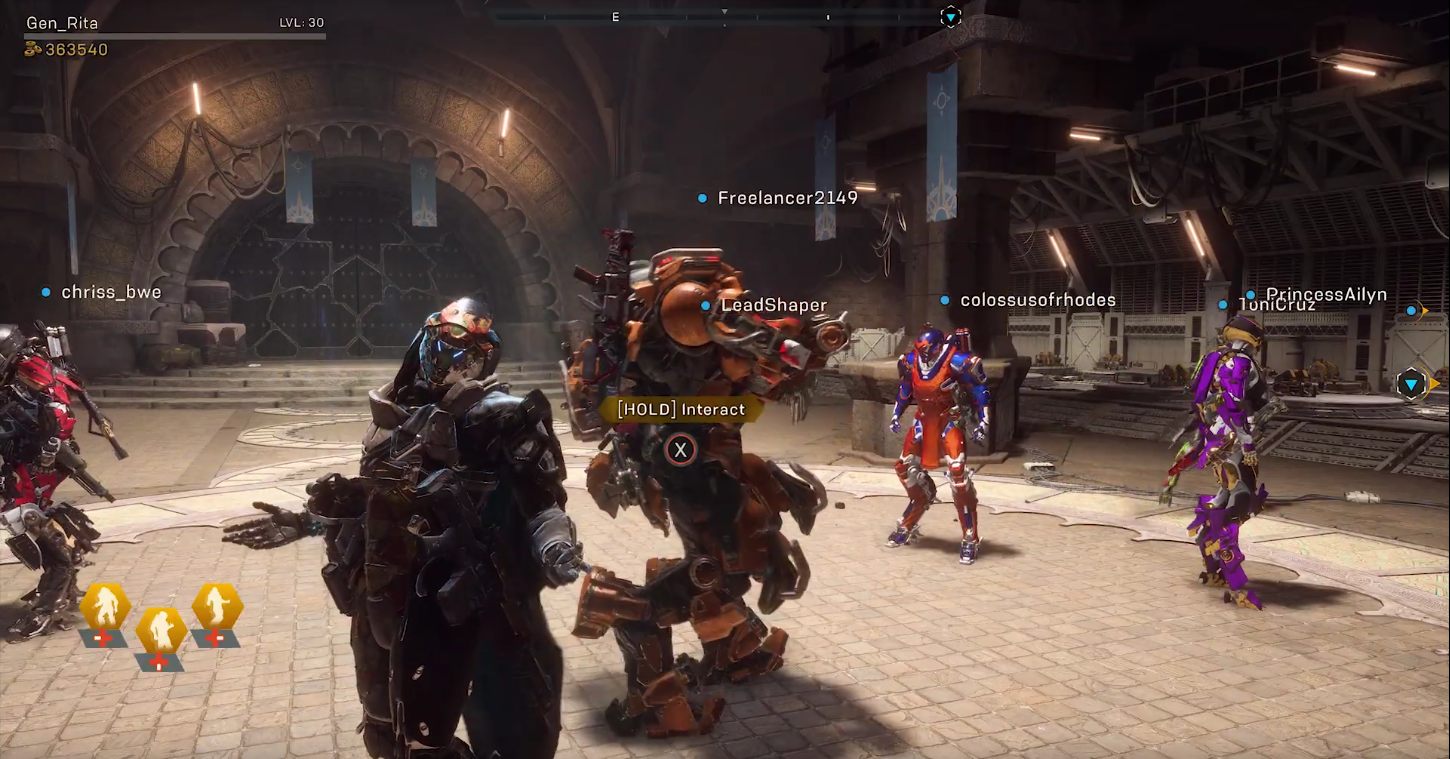 Anthem will not have text chat at launch

When it launches later this month, players will be able to step into the world of Anthem alone, but that isn't the ideal way to play. Bioware says the game is better played together, but it looks like voice chat will be the only way to communicate for the time being. Lead Producer Ben Irving confirmed via Twitter that text chat won't be available at launch

We have been upfront about this for a long time... We will not have text chat at launch. If we have news to share on this topic we will absolutely share it.

Currently, Anthem players can set waypoints for other players to follow, but you have to open the map to set them for now. There are also emotes that players can use in the open world and social hub. Players got a taste of more difficult conflicts in the VIP demo this past weekend and communication is certainly key if squads want to get through them in a timely fashion, instead of rolling the dice with trial, error, and many respawns.

Once players reach level 30, Anthem's endgame content is unlocked and that includes the top three tiers of difficulty: Grand Master 1 through 3. This allows players to make any of the game's content more difficult, but also more rewarding with higher tier weapons, gear, and crafting materials. If Anthem is anything like similar titles in the online looter shooter genre, thorough communication between squad members will be a must.

Not having text chat will limit Anthem's accessibility options, but hopefully, the function is being worked on for a patch that arrives sooner rather than later. If not, Respawn Entertainment's recent release Apex Legends is showing off how non-verbal communication can be done well. There are context-sensitive environmental pings and a similar type of mechanic could be beneficial in Anthem's open world, though it may take the developers longer to implement that over text chat. We'll be sure to update when more information is made available.

Anthem launches February 22, 2019, on PC, PS4, and Xbox One. Check out the 2019 Shacknews Video Game Release Schedule for other titles coming out this year. Stay tuned to Shacknews for additional gaming and tech updates.