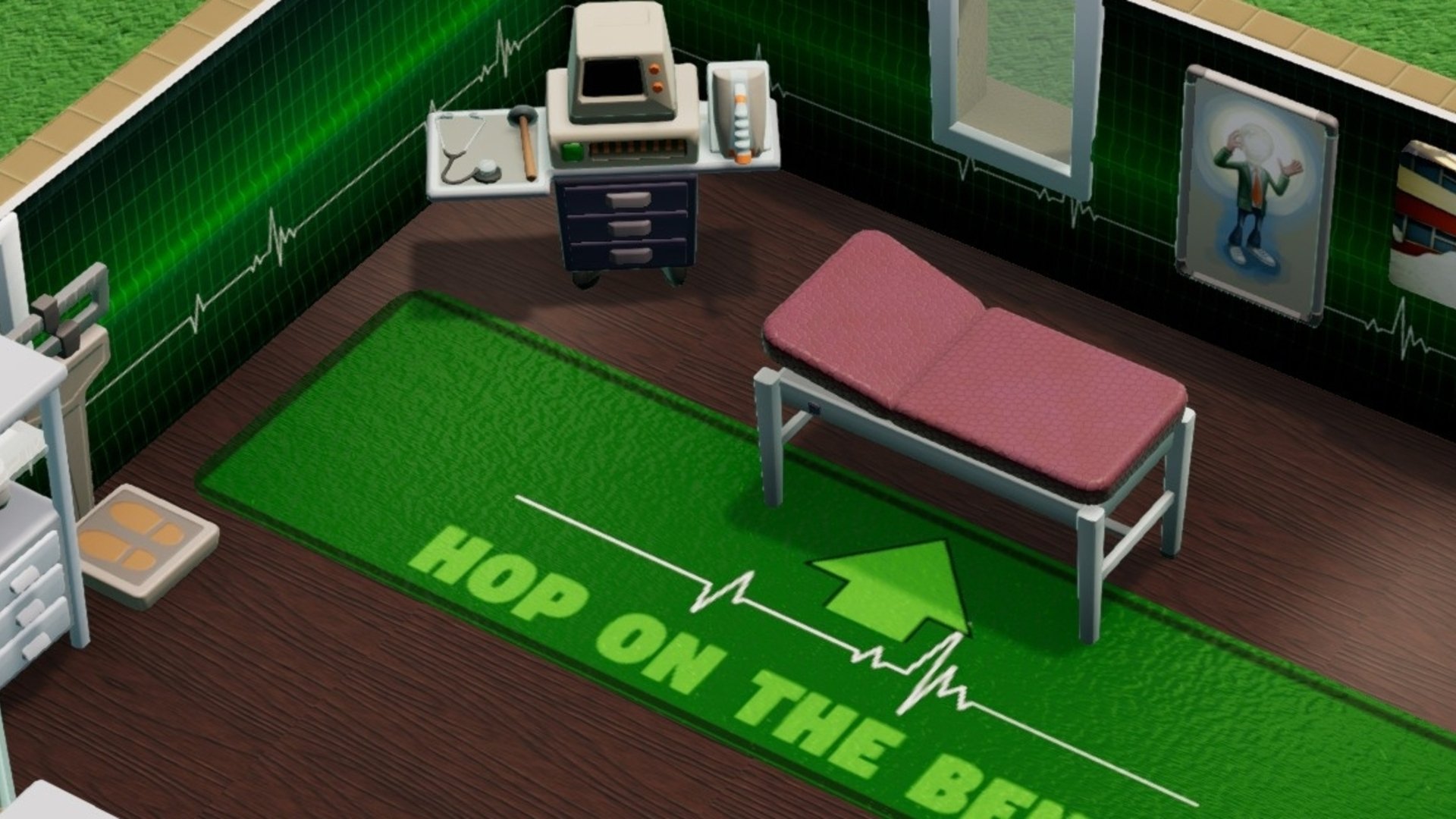 If you're a big Two Point Hospital fan, but you've always found it bereft of ways to truly customize your hospital from the inside, you're in luck.

Today's free Interior Designer Update for Two Point Hospital is available now, complete with Steam Workshop functionality. The update lets you use a simple tool to create content for your hospital, even if you're totally unskilled in doing so. You can then share them via the Steam Workshop. This means you could have polka dot walls in your hallways, inappropriate signs, memes in hospital rooms – the possibilities are endless.

So you can just imagine the type of weirdness this update facilitates. Gone are the days when you were relegated to a "boring" hospital. We've now entered the age of the most obnoxious-looking medical facility you could potentially build, which is awesome and also simultaneously terrifying.

"Two Point Hospital is just what the doctor ordered," wrote Chris. "Management sim fans will eat this up and the game’s expertly executed presentation will be able to draw in players new to the genre with its humor and charm. While it’s far from perfect and can become frustrating at times, anyone who has had even a passing interest in checking the game out will come away pleased."

So if you're thinking about decorating some sort of bizarre hospital and giving your patients a terrible beside experience, be sure you share your ideas with us. We're sure it's likely going to be hilarious. Try putting Mudkips all over the walls.