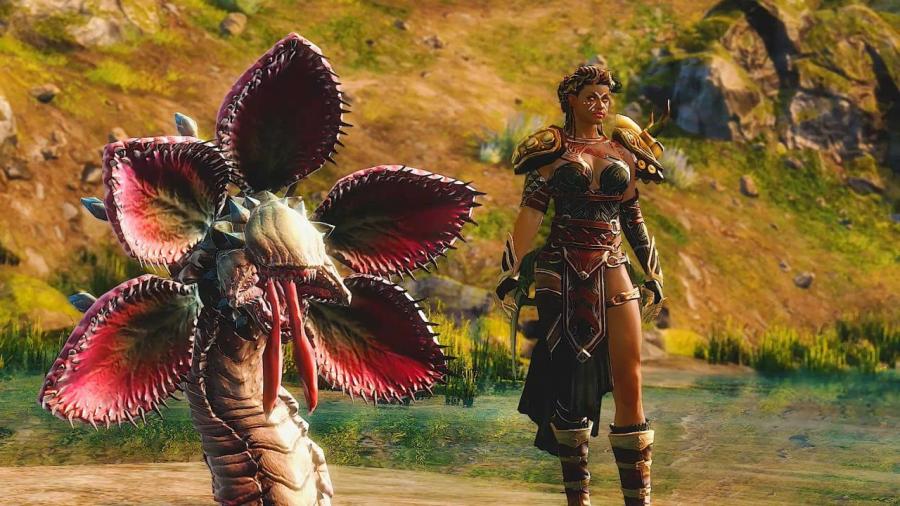 Looking for a new MMO to explore? Pick up the Guild Wars Complete Collection now and jump in.

The Guild Wars Complete Collection includes an access key to the game so you can create an account, as well as the original Guild Wars, Guild Wars: Faction, and Guild Wars: Nightfall campaigns. You'll also get the Guild Wars: Eye of the North expansion via DLC and its Hall of Monuments, where exclusive rewards are housed.

Guild Wars: Game of the Year Edition comes with a swath of special bonus items as well in the form of seven exclusive weapons and a fire imp combat alley. You also get M.O.X. the golem Hero, which you'll have to use a level 10 character for if you want to have him on your side.

There's been a recent set of quality of life improvements made to the game that should help you acclimate yourself even easier, and you can also pick up a Xunlai Material Storage Expansion by way of the Guild Wars store as well. You can pore over the current patch notes via the official Guild Wars blog.

With all the various different MMORPGs out on the market, this is a pretty good bargain that does bundle everything you need to play together if you need something new to pour hours and hours into. In late 2018, Shacknews spoke to Guild Wars Game Director Mike Zadorojny for an insightful interview you can catch here.

Guild Wars 2 originally debuted in 2012, and has been chugging along going strong since then.  Will you be checking out Guild Wars 2 now that everything's been collected into one handy little package? Let us know in the comments below!