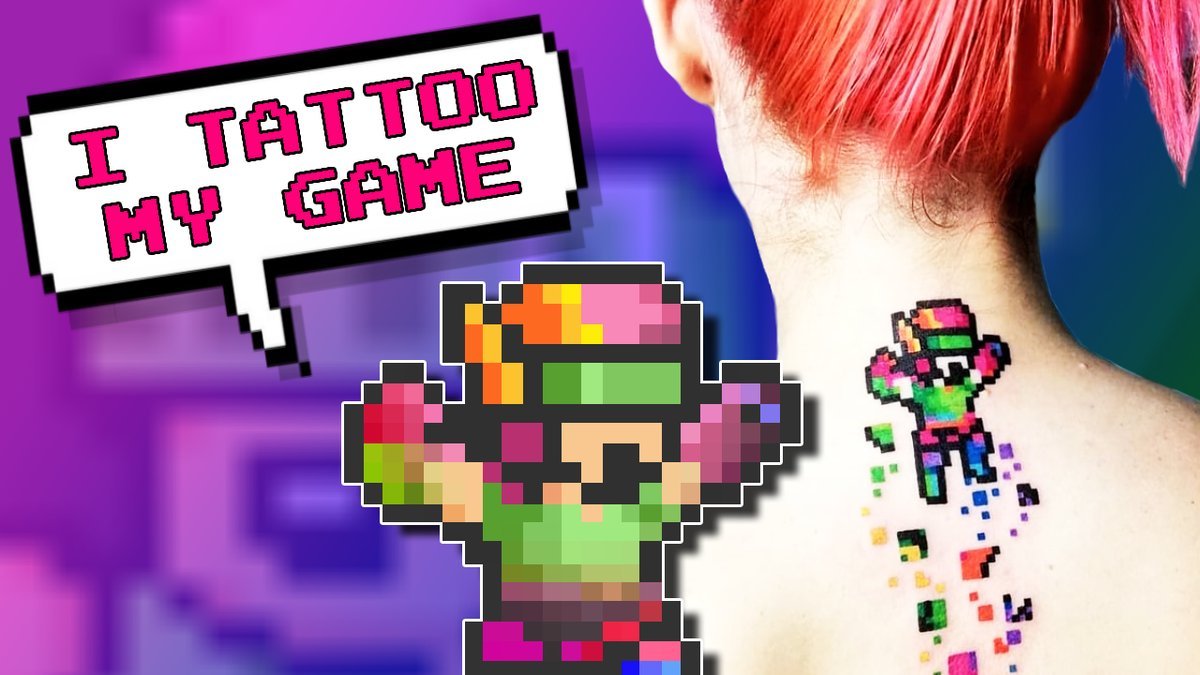 Pixel Ripped VR dev tattoos game's character on her back

Video game tattoos are awesome, but they're even cooler when they're based on games you made yourself.

Pixel Ripped 1989 creator Ana Ribeiro just got a tattoo based on the game, and it looks totally awesome. The colors are eye-popping, and you might be a little jealous, because everything about it (including placement) really pops. It's a great tattoo, and she got it for a very inspiring reason.

"I've been working on this project for almost 5 years now. For me, this my baby," Ana explains in her video as she shows off her Dot cosplay and speaks on her early ideas for the game and part of its development process.

Pixel Ripped 1989 is something of a nostalgic love letter to classic gaming, and it has players taking control of a young girl named Nicola as her alter ego Dot goes on a quest to save her world, Adventureland. Dot is a pretty awesome-looking character, so it's easy to see why Ana chose her to immortalize on her back forever.

Shacknews has spoken with Ana Ribeiro in the past about this very unique game, and if you haven't given it a try, it's very much recommended. It's a fantastically colorful throwback to classic gaming, with Game Boy-like graphics, nods to handheld play, and look-based mechanics that don't require you to get out of your seat, but instead immerse you in a world that feels like you traveled back in time.

Ana's tattoo will likely serve as an important reminder to her to never give up and follow her dreams, even when they seem daunting or impossible, because you can achieve anything you set your mind to. And in this case, she put out a very cool game and got an impressive piece of body art, both of which are awesome.