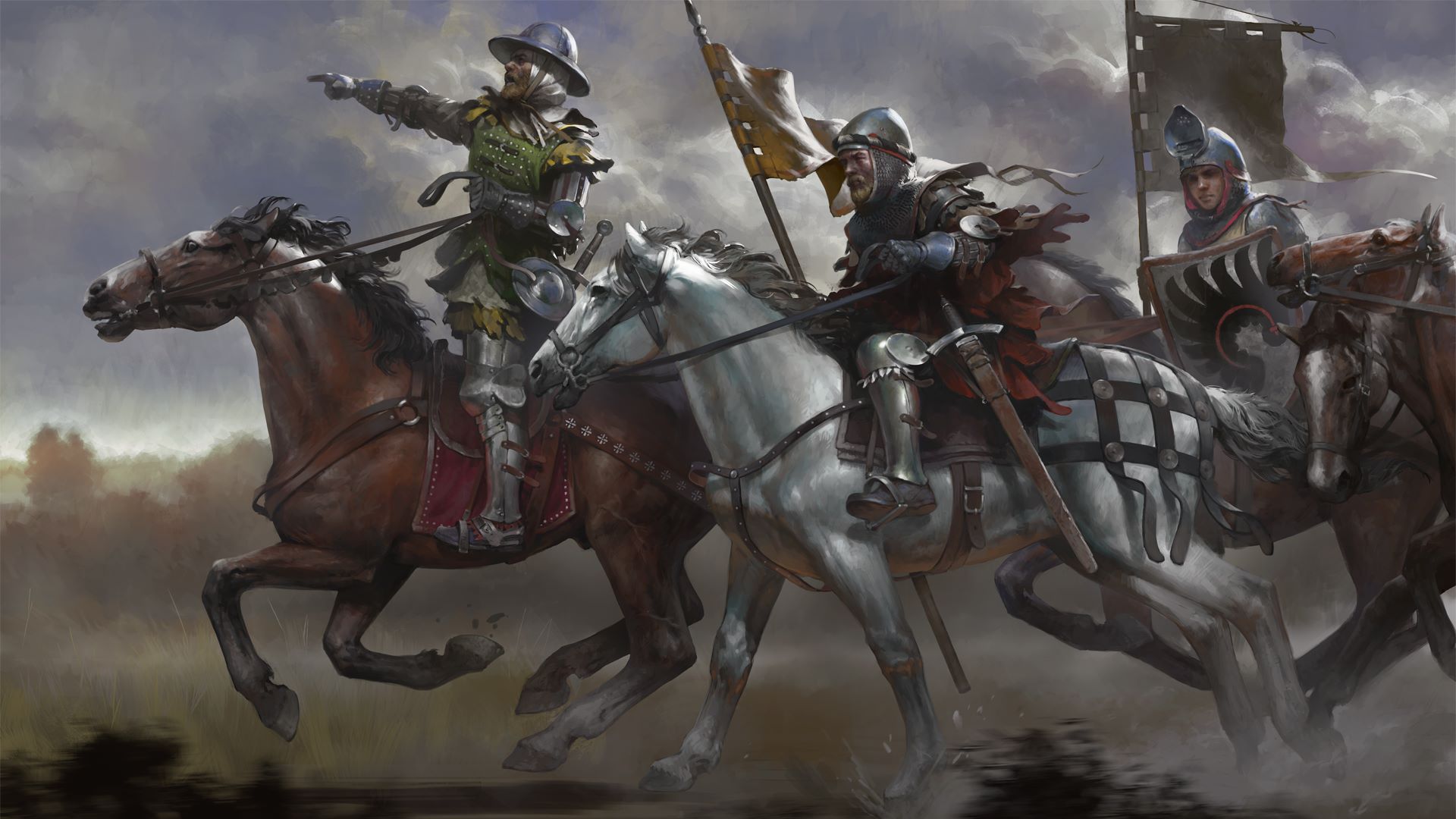 The new combat-focused DLC finds players joining a mercenary group guarding the roads throughout Kingdom Come: Deliverance. An old feud between Radzig Kobyla and another noble family has come back into the picture, and is threatening Radzig's position.

He hires Sir Kuno Baron in response to the feud as well as a rowdy bunch of characters in an attempt to protect the realm, appointing your character to patrol Rattay and make the roads a bit safer. You also act as a glorified babysitter for his men to ensure they won't get too rowdy and "disorderly." As you've likely surmised, this means a lot of sword fighting, which you should be pretty adept at by now if you're a Kingdom Come: Deliverance fan.

But there's also a quest line with multiple endings, the new "Kuno's Camp" location with new characters and stories, hidden camp activity "The Ring of Bacchus," as well as a swath of new items and new set of armor.

With medieval fighting at the forefront of this DLC, the developers knew it would be of interest for players to learn a bit more about it, so Warhorse Studios created a new documentary called "Fechtbuch," which showcases how medieval warriors actually fought. It combines what developers learned while pursuing the goal of making combat as faithful to history as possible, and lets you learn a bit more about the game as a whole. It's 60 minutes long and will be free for Kickstarter backers on Steam and GOG. You can purchase it otherwise for $3.99 separately.

If you're keen on returning to Kingdom Come: Deliverance, it looks like you've got your work cut out for you. Will you be jumping in and giving it a try?