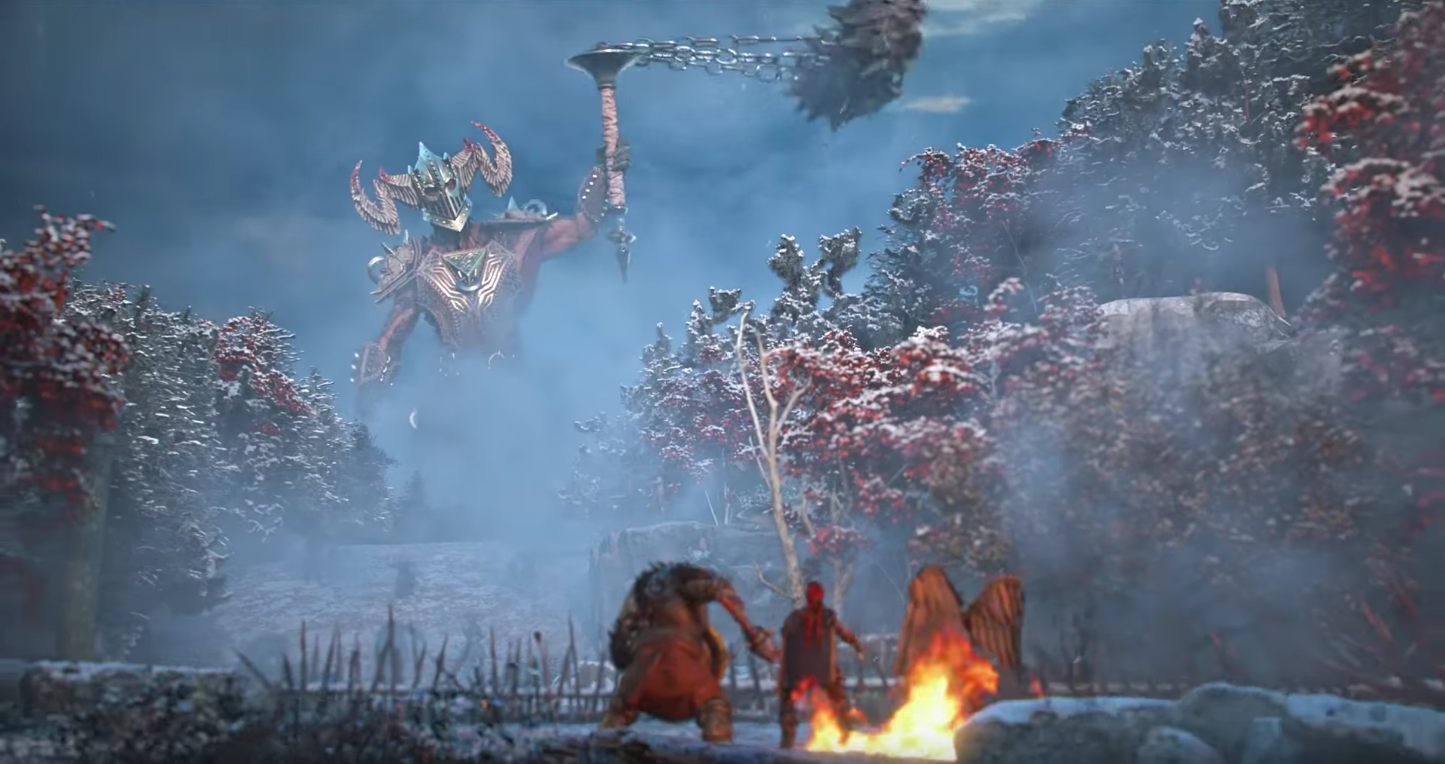 The Oculus Rift looks to be getting another quality exclusive. Today, Sanzaru Games, the team behind Marvel Powers United VR, and Oculus Studios announced Norse virtual reality RPG Asgard's Wrath. In Asgard's Wrath, players can switch between the perspective of a god and one of three mortal hero forms to solve puzzles, defeat enemies, and overcome challenges to advance. No official release date was announced, but the Oculus store lists the Asgard's Wrath release window as July 2019.

Players take on the role of Fledgling God, birthed in an explosion of light. The game drops the player directly into a conflict with Loki, who takes interest in your abilities and sets you on a journey to prove your worth. The quests, called Sagas in Asgard's Wrath, are focused on individual scenarios where you must help Heroes of the Realms fulfill their destinies.

Sanzaru Games has been developing this title for years, as revealed in the official Oculus blog, and it is "as much a passion project as it is a technical achievement for VR." The team is aiming for over 30 hours of gameplay, something not often achieved in VR games.

As players shift between the perspective of Fledgling God and one of the Heroes, the scale of the experience changes. The trailer gives us a glimpse at exactly how, shifting from an ethereal spirit hovering above the fray to one of the heroes with their feet firmly planted on the battlefield. As a god, the player can not only grab human heroes like mages or rogues to take control of them, but can also grab animals to transform them into companions for the player's human forms. We see a large bull turned into an offensive brute and a hawk turned into a winged archer, but there will likely be more options at launch.

Marvel Powers United VR is one of the better games exclusive to VR gamers, combining the popularity of comic book heroes and villains with the power fantasies of gamers and bringing it all to life underneath a VR HMD. In it, Sanzaru games provided one of the best VR movement experiences and now it looks like the team is about to step things up when it comes to combat. The sword combat looks visceral and responsive, showing off some footage of the player parrying an enemy's attack before slicing off its head. Oculus Studios Executive Producer Mike Doran says combat mechanics in Asgard's Wrath "anchor the title, require skill, and encourage physical movement." He continues by adding that the game isn't a physics simulator and the development team is taking steps toward a melee fighting system that "leverages physics and is supported by game rules that demand and reward playing with skill."

"In this game, you can’t just swing wildly and be successful," Doran says. "That might work against some lesser enemies, but eventually you’re going to get your butt handed to you that way"

Agard's Wrath by Sanzaru Games will launch sometime in 2019 on Oculus Rift. Stay tuned to Shacknews for additional updates.