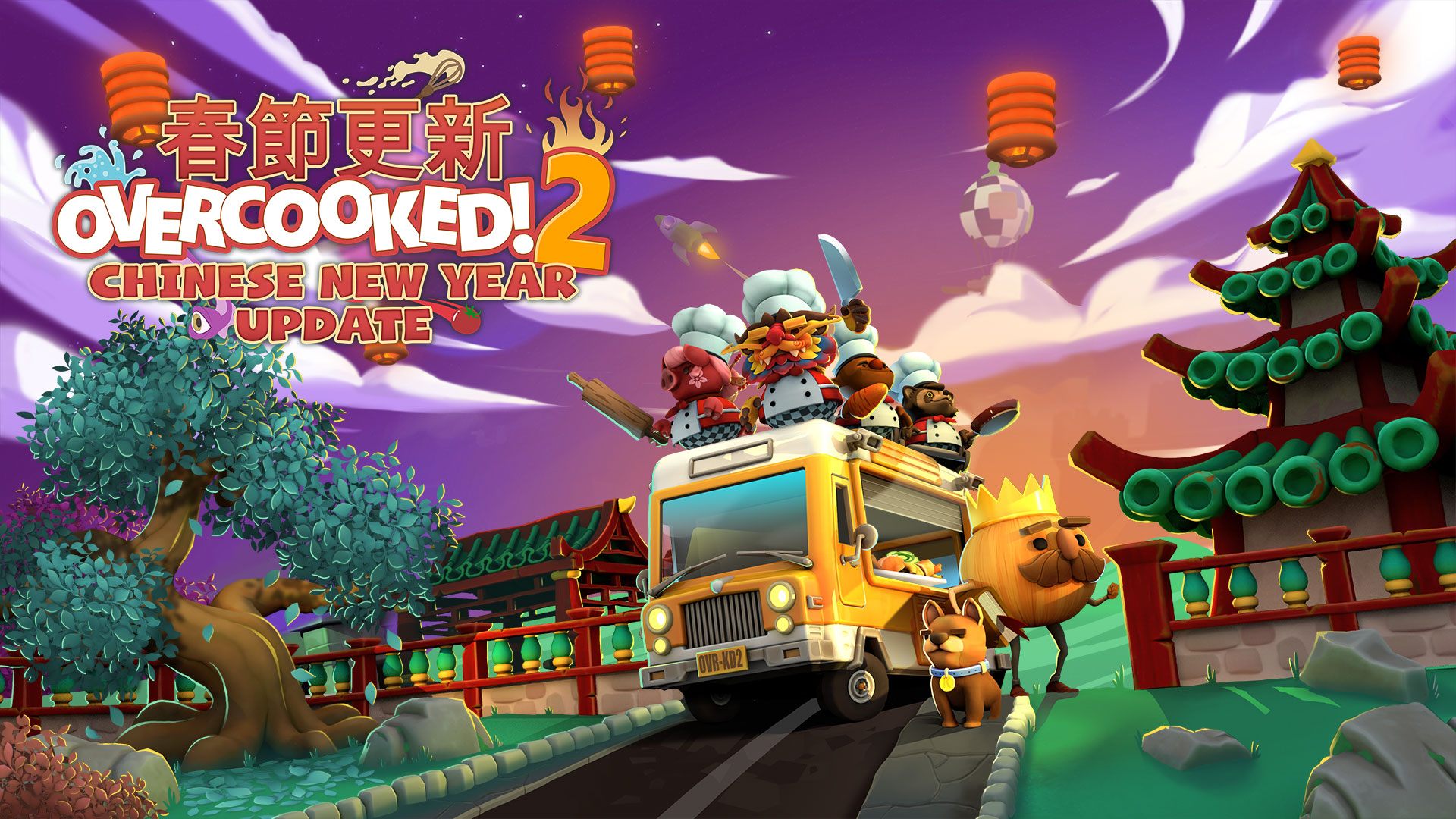 Co-operative cooking is about to get a smidge crazier. In the Overcooked! 2: Chinese New Year update, Ghost Town Games is adding new recipes, a new map, new chefs, and new main gameplay dish with Survival Mode.

The two new chefs simultaneously celebrate Chinese New Year and 2019 as the Year of the Pig with the Chinese Dragon chef and the Pig chef stepping into the Overcooked! 2 kitchens. You can bring them into the new Survival Mode if you wish, but be ready to sweat it out. In this mode, every dish you serve adds seconds to a timer and the new "replay" function lets you jump right back into the action after you reach the results screen. Survival Mode is available for the Surf 'n' Turf DLC and both seasonal updates. Here's the bullet point breakdown of the Overcooked! 2: Chinese New Year update and the fixes the devs have put in place: