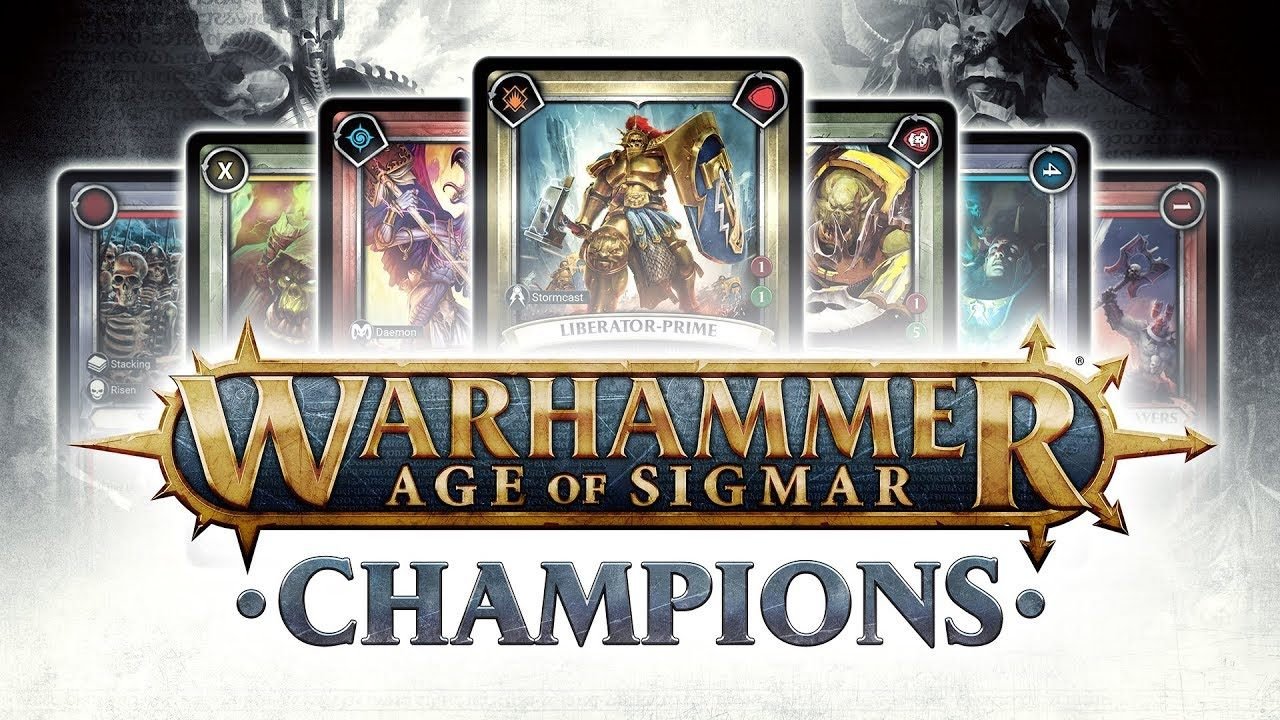 Warhammer Age of Sigmar: Champions coming to PC and Switch

PlayFusion and Games Workshop have enjoyed a successful launch of their digital and physical trading card game, Warhammer Age of Sigmar: Champions, which is available for iOS and Android devices. Now, the companies are bringing the title to Nintendo Switch and PC via Steam. The Steam version will launch in February and the Switch edition is targeting release later in Q1 2019.

There have been over 20 million physical Warhammer Age of Sigmar: Champions cards sold and the digital game has been played over one million times. New cards are added regularly and players will be able to test their skills with Casual mode, AI challenges, and full narrative campaigns.

“The team [is] utterly thrilled with the opportunity to bring Warhammer Champions to new audiences and new platforms,” said Mark Gerhard, CEO and Co-Founder of PlayFusion, in the press release for the announcement. “The response for the physical and digital game has already been incredible, and we just can't wait to watch that grow to new heights. With the release of our Set 2 cards in Onslaught and a whole heap of new features we have planned, there's always going to be something new to try. And now, there will be a much bigger community to try with!”

Warhammer Age of Sigmar: Champions features over 270 cards split between four Grand Alliances: Order, Chaos, Destruction, and Death. Each has their own playstyles and strengths and players can build their own custom decks filled with four legendary Champions, four blessings, and 30 action cards for a total of 38. Players position Champions, accompanied by an unknown blessing, on the battlefield. Once all Champs are on the field, players build up their units by taking turns using cards representing heroic acts to progress through personal quests so that they may unlock the blessings. Blessings can turn the tide of the battle and combat continues until a player reduces the opponent's health to zero.

Warhammer Age of Sigmar: Champions is available now on iOS and Android devices, comes to Steam in February, and will launch on Nintendo Switch later in Q1 2019. Stay tuned to Shacknews for additional gaming and tech updates.