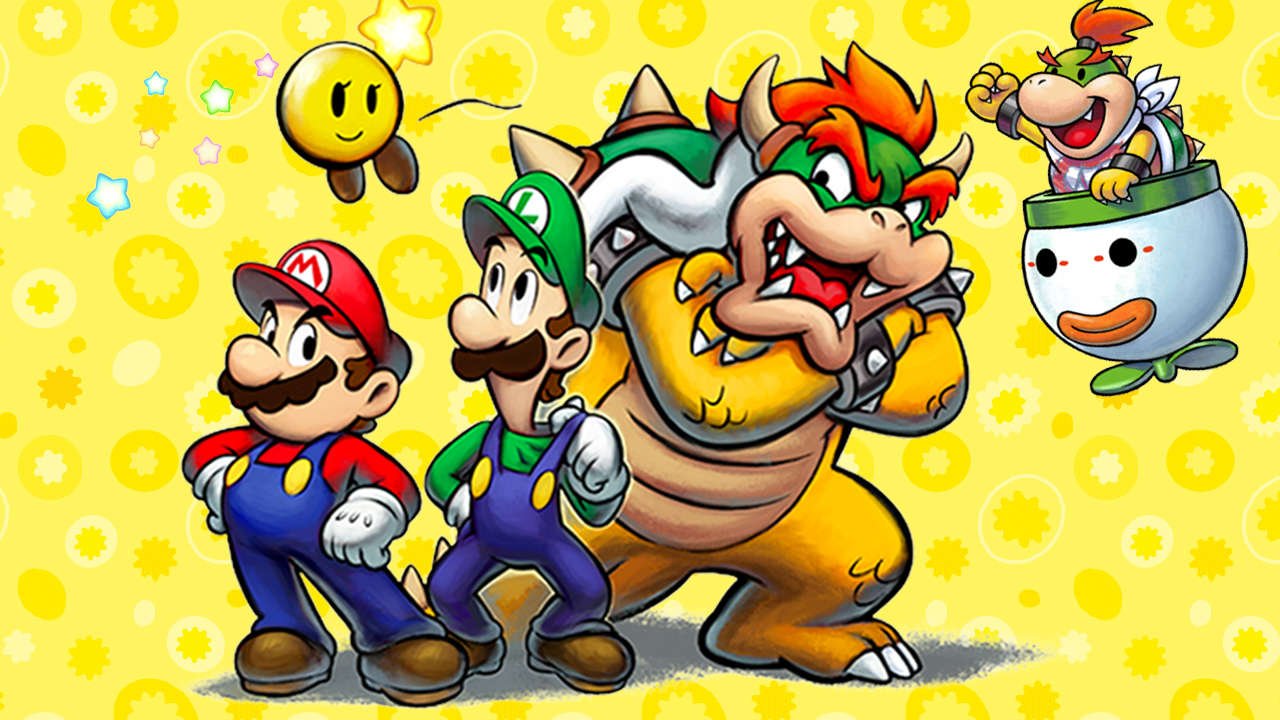 While Mario fans typically know the plumber and his bumbling, taller brother from their platforming exploits, there's also something to be said about Mario RPGs that make them worth seeking out for such a satisfying adventure.

Mario & Luigi: Bowser's Inside Story originally debuted on Nintendo DS back in 2009, and now that it's leapt to the 3DS, it's brought additional content with it, hence the "Bowser Jr.'s Journey" moniker slapped onto the end.

The updated version of the excellent portable RPG is a fantastic option for anyone looking for a different way to spend time with the Mario brothers outside of their challenging platforming pedigree.

Mario & Luigi: Bowser's Inside Story follows a strange disease called "The Blorbs" spreading rapidly across the Mushroom Kingdom. It primarily affects Toads, who will slowly inflate like a balloon, then roll around much like Violet Beauregard after being turned into a blueberry. Princess Peach calls an emergency meeting to figure out how to take care of her constituents, where a Star Sprite named Starlow helps uncover that every Toad affected by the malady had actually eaten a "Blorb Mushroom" that a peculiar salesman gave them.

Turns out the "salesman" was famed Mario ne'er-do-well scientist Fawful. As usual, Bowser crashes the party during the meeting to take Peach away, but Mario kicks him into next week and out of the castle. He's soon tricked by Fawful into eating a "Vacuum Shroom," which has him inhale just about everything around him, including Mario, Luigi, Peach, Starlow, and others. Fawful decides to take over Peach's castle and his assistant Midbus descends on Bowser's. With both kingdoms under control, Mario and friends will have to make their way through Bowser's body to fix the issue and revive him from being passed out so the day can be saved.

From the jump, it's clear that this is no normal Mario game, but that's exactly why it's so entertaining to begin with. This is more than your typical "rescuing Peach because Bowser took her again" story, and its setting acts as a great way to get players excited and into the game. With the adventure underway and Mario and Luigi literally inside the enormous Koopa, it's time to make things right once more.

Since you're working from within Bowser's guts, you'll make use of Bowser's body as well as Mario and Luigi in 2D space inside his body. Bowser's controlled on the top screen, where he can punch through things with deadly force, and Mario and Luigi do what they do best: run, jump, and travel through pipes (which shouldn't really be in Bowser's body, but I digress.) This all may seem like gimmickry at first, but it soon becomes apparent that there are various puzzles you need to solve using both Bowser's innards and his hulking body.

This is where most of the game's fun lies. You might find that you've got to do things internally to the reviled Mario villain by effectively "beating up" his insides to get him to do special things that will aid Mario and Luigi and vice versa. It's almost like playing a co-op game while flying solo, with one person handling both controllers instead of two eager players staring at the screen. This can get a bit frustating, however, after a period of time if you're not someone who enjoys co-op play or character-swapping gameplay. While it's fun, it can feel like an impediment sometimes.

Of course, at the game's core, it's still a classic Mario RPG. If you ever played Super Mario RPG: Legend of the Seven Stars or any of the games to follow in its footsteps, this particular adventure won't be much different. Combat is turn-based, and you can deal additional damage with a few well-timed button presses. it's nothing groundbreaking, but it's familiar comfort food, especially if you grew up appreciating their role-playing game models over their platforming exploits.

But what really sells the game is its hilarious writing, fun situations, and familiar Mario silliness. That, combined with its colorful, whimsical artwork, makes for a bite-sized adventure that's fun to play through even if you already completed the original game. There's just something inherently unique about these games that draw you to them over and over – and you feel that magnetism in this game quite strongly.

Of course, this version is more than just a rehash of the original. It also includes an exclusive mode found only in the 3DS iteration. The new side story Bowser Jr.'s Jouney is an intriguing addition that adds a whole new dimension to the game. First of all, rather than being a role-playing game, it's actually a real-time strategy game. Bowser Jr. commands the bad guys across various maps in Fire Emblem-like weapon triangle systems (albeit much more simplistic) to battle for supremacy.

Its gameplay isn't where it truly shines, though. Like the rest of the game, it finds its greatest strengths in its writing. We don't often hear a lot from Bowser and Bowser Jr. as more than villains, so this side story is a fun opportunity to hear more about this character and how big of a brat he is, but also what he really is deep down: just a kid, and a kid who happens to be the son of one of gaming's most maligned video game villains. Between playing through with his shenanigans and letting the story unravel, this extra mode adds some decent replay value.

It's what's inside that counts

Mario & Luigi: Bowser's Inside Story + Bowser Jr.'s Journey is quintessentially Mario and Nintendo, just the same. It's a great candidate for resurrection on Nintendo 3DS, and the extra content it packs into this little package was worth the wait. If you've never played a Mario RPG before and feel stubborn about not jumping in with the SNES era, this would be an excellent starting point. But do it quickly, and make sure you catch up – this is a genre you've definitely been missing out on.

This review is based on a Nintendo 3DS code provided by the game’s publisher. Mario & Luigi: Bowser's Inside Story + Bowser Jr.'s Journey is available on Nintendo 3DS now.