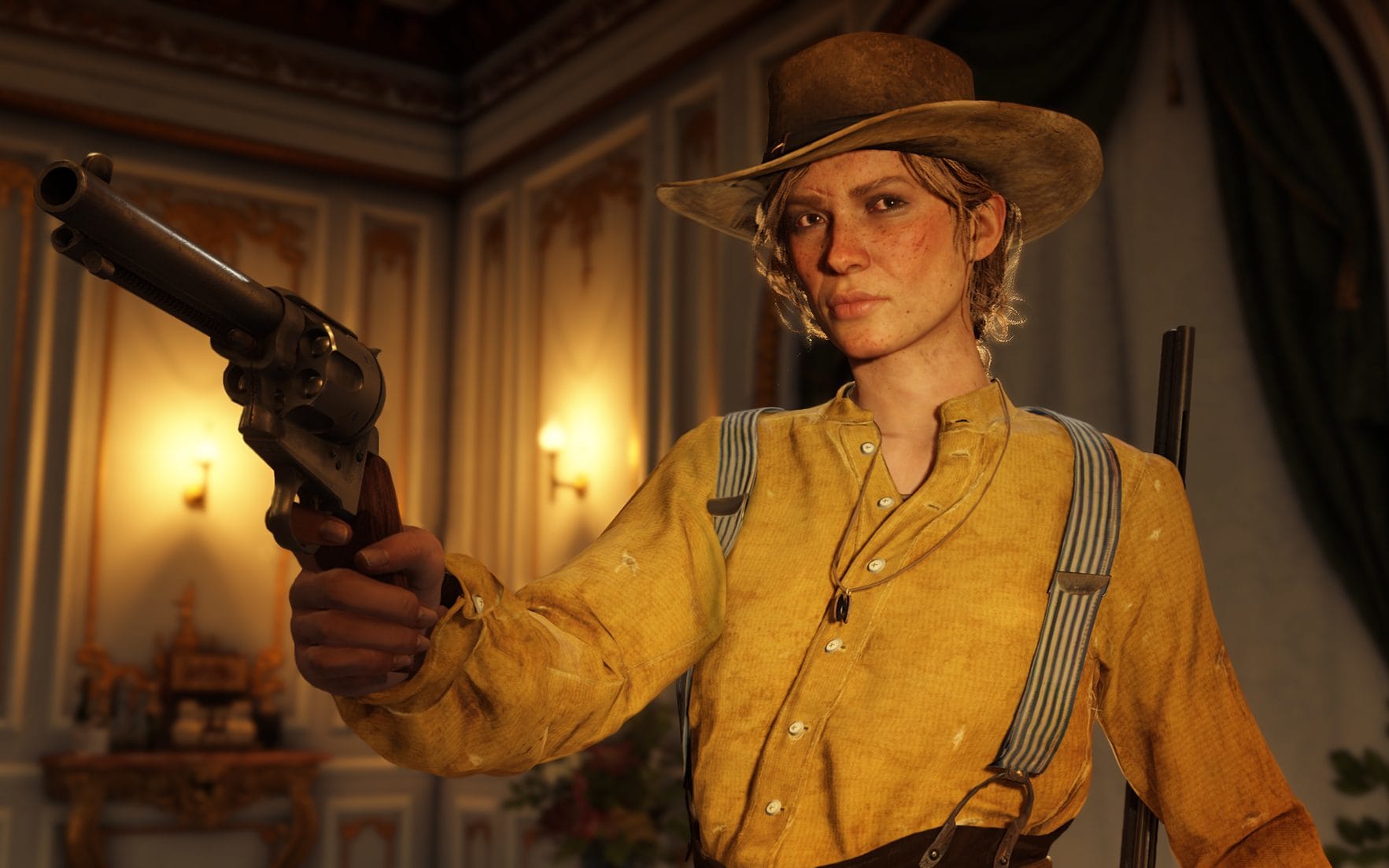 Red Dead Redemption 2's Sadie Adler was a wild, go-getter of a character with one hell of an arc throughout the game's story. She was a breath of fresh air in an industry where heroines are usually given boring, lackluster narratives.

Instead, Red Dead Redemption 2's Miss Adler struck a chord with fans thanks to her candor, outlaw attitude, and awesome role in the story. Her friendship with Arthur Morgan made for a compelling adventure that people couldn't wait to see more of, even clamoring for DLC featuring the character.

Shacknews chatted with actor Alex McKenna about her role as Sadie and her thoughts on the powerful role she fills in the game. While McKenna didn't have any personal input on how Sadie's character would perform throughout the game, she appreciated her writing nevertheless.

"I was very fortunate that the writing was so good and that Rockstar created a character that was not your stereotype," said McKenna. "The way she begins to the way she ends is quite a character arc, and I thought it was truly far more compelling that she had these intimate friend relationships, particularly with Arthur, and it didn't end in her being sexualized or just a love interest."

As far as Sadie's appeal to the general gaming populace, well, that one was easy.

"It’s rare to see a strong female character that, not gender-specific, is just a really awesome, strong character. I feel like she’s a go get ‘em person, and she’s got a lot of wit and humor, and while she is ruthless in her pursuits, she is incredibly loyal. I think to that more complex psychology is what people are responding to."

Speaking on Sadie's overall character arc, McKenna praised the writing for revealing a strong, likable character who overcomes the "damsel in distress" trope and transforms into a total badass by the end of the game.

"In the beginning of the game I feel that she’s this woman who’s just lost everything, but not necessarily a damsel in distress. Then she, over time, carves out a place within this gang. It’s very progressive," said McKenna.

As far as any Sadie DLC on the horizon? Unfortunately, that's still a "dream," at least at this point.