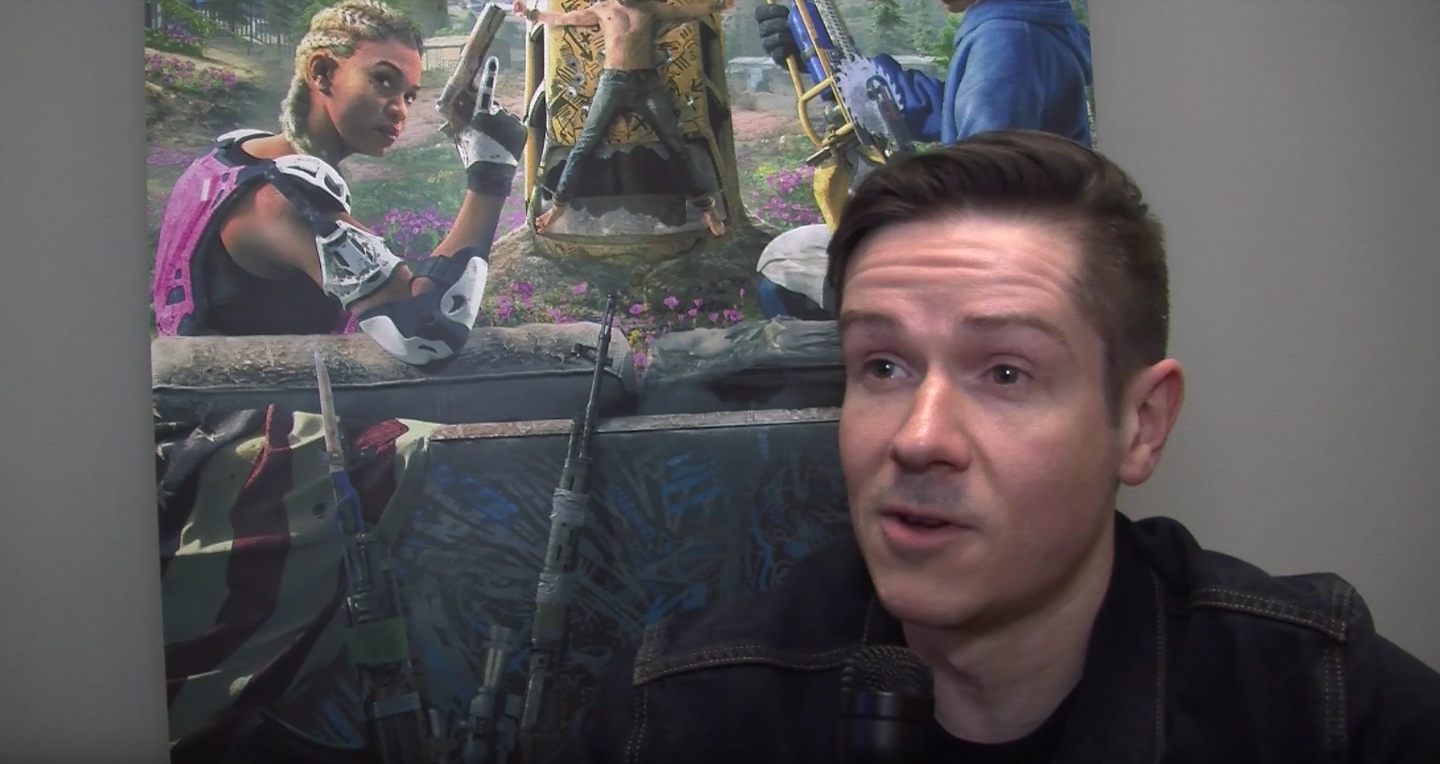 The end of Far Cry 5 was pretty explosive and players will be able to see what comes after in the spin-off Far Cry New Dawn. There's a seventeen-year gap between the two games, so gamers likely have a whole lot of questions that need answers. Thankfully, we got an opportunity to get some answers straight from a developer's mouth.

In the lengthy interview below, we speak with one of the Far Cry New Dawn developers for over ten minutes. He chats with us about the inspirations for this spin-off,  the origins of the nuclear apocalypse that takes place before this New Dawn, whether or not players will encounter the hero from Far Cry 5, and more. Tune in and hit Chatty with your feedback on this interview.

New Dawn is set seventeen years after Far Cry 5 in a world that has been devastated by a nuclear event called The Collapse. Far Cry fans have grown accustomed to facing off against eccentric and memorable villains and New Dawn is actually delivering a double dose. Hope County survivors are rebuilding their community but also have to fight against a band of bandits led by twin sisters Mickey and Lou. The conflict requires players to team up with a group made up of the enemy faction from Far Cry 5. Will we learn the fate of the Deputy and Joseph Seed from the previous game? We'll have to find out February 15, 2019, when Far Cry New Dawn launches on PS4, Xbox One, and PC.

For a whole lot more gaming and tech demos, interviews, and showcases, head over to the Shacknews and GamerhubTV YouTube channels. There you'll find exclusive interviews, walkthroughs, gameplay, and more. Hit the subscribe button and stay tuned to the official Shacknews website for additional gaming and tech updates.