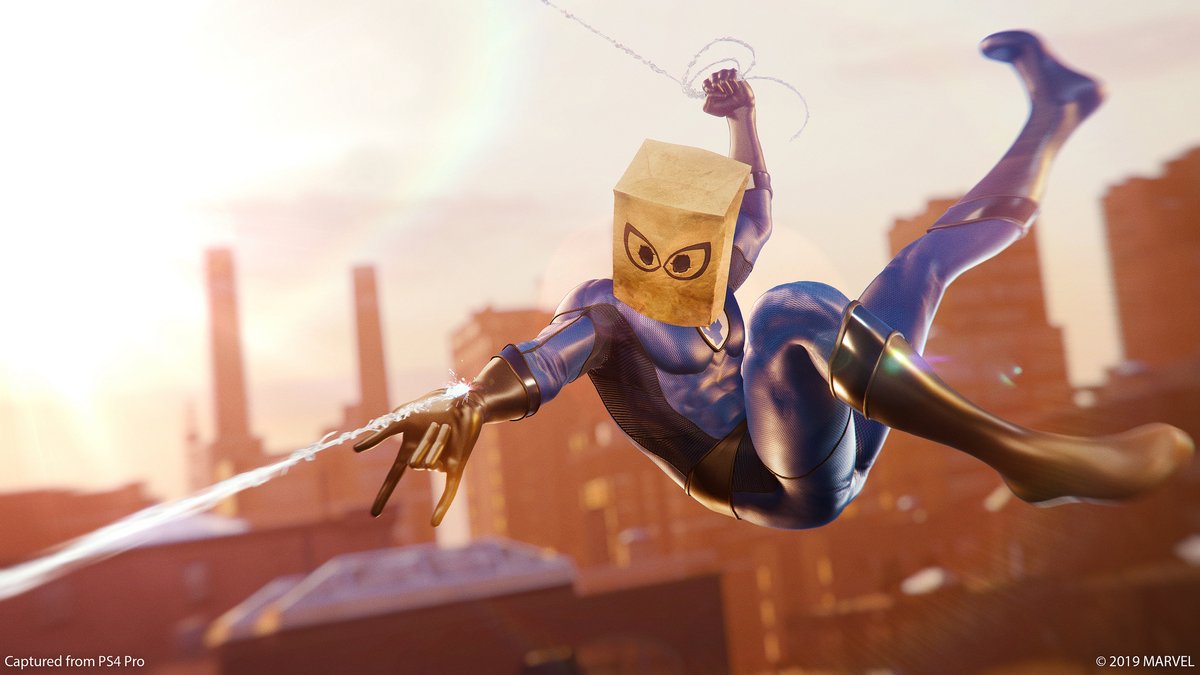 Marvel's Spider-Man is getting into the swing of things with its latest patch 1.14, which adds two new suits for players to zip around in.

Spider-Man stopped by the Fantastic Four's headquarters for some assistance with a symbiote problem. This was the beginning of what we'd come to know as Venom, and when the Fantastic Four were finally able to remove the symbiote, Spidey was left in his undies. He was given a Fantastic Four costume as well as a paper bag to help conceal his face.

Then, the Future Foundation Suit was born of another chapter where Spidey actually joined the Fantastic Four, which was then calling itself the Future Foundation. The team wore black and white suits, which is reflected in Spidey's get-up seen here. Both suits are available now after downloading patch 1.14 for the game. If you don't yet have Marvel's Spider-Man, it's a PlayStation 4 exclusive, and it's out now. It also happened to be Shacknews' 2018 Game of the Year.

Here's a better look at both suits in case you're on the fence about using them:

Here's what Ozzie Mejia had to say about our collective Game of the Year:

"Marvel's Spider-Man is more than a great superhero game. It tells a phenomenal story, iterates on its central mechanics brilliantly, and offers reasons piled on reasons to return to New York for another web-powered tour of the city. Combined with a narrative that doubles as the best Spider-Man and the best Peter Parker story ever told in games and Insomniac's blockbuster stands out as Shacknews' 2018 Game of the Year."

Looks like a great time for Spidey fans to swing into the game and check all the newness out!