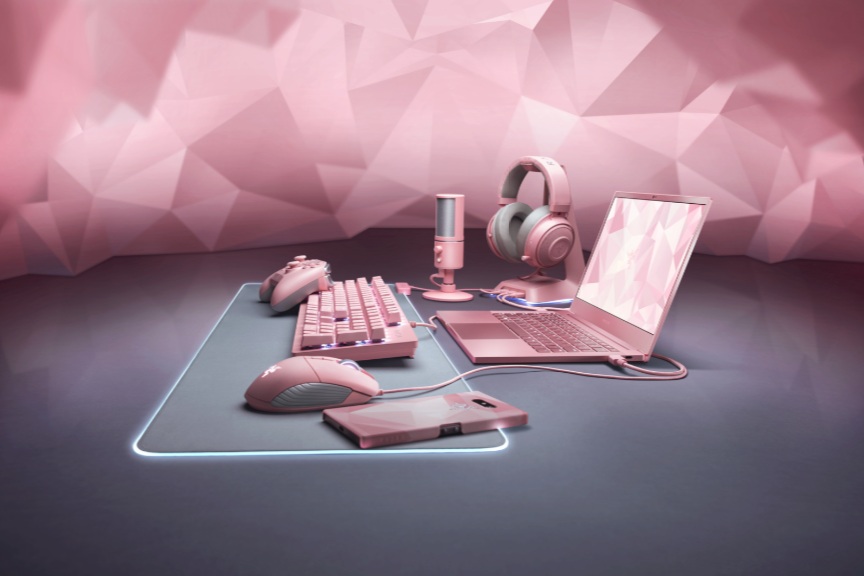 Looking to give your workstation or gaming setup a makeover? Love the color pink? Razer just introduced a series of new peripherals drenched in Quartz Pink, including a mouse, keyboard, headset, and headset stand just to name a few.

The Quartz Pink coloring option isn't new to Razer, but it's a new option for a selection of products. It was first launched in 2018 to an uproarious response from buyers, and initially included just four different peripherals to choose from.

“Our fans told us they could not get enough of our Quartz Pink editions,” said Razer Co-Founder and CEO Min-Liang Tan. “We listened and we have given the stunning pink treatment to our latest gaming gear, giving you the unfair advantage in both performance and looks.”

You can also get the newly-announced Razer Blade Stealth 13 Quartz Pink laptop starting today for $1599.99 as well, which is the same Razer Blade laptop, but in striking pink, as seen below. This adds an interesting dimension to the computer, which is usually just available in flat black, and would go well with other items you may have to complement it. In any case, it's always good to see companies adding more color options to items you can purchase like this, like Apple's various colorings for its own MacBook Pro.

The following items are available now in Quartz Pink colorways via the Razer Store:

If you're interested in snapping up the laptop, you should probably act quickly. Everything else should be available in normal quantities, so if you're ready to transform your PC with a splash of pink, now's a great time to do it. Or you can surprise that special someone with some snazzy new peripherals.