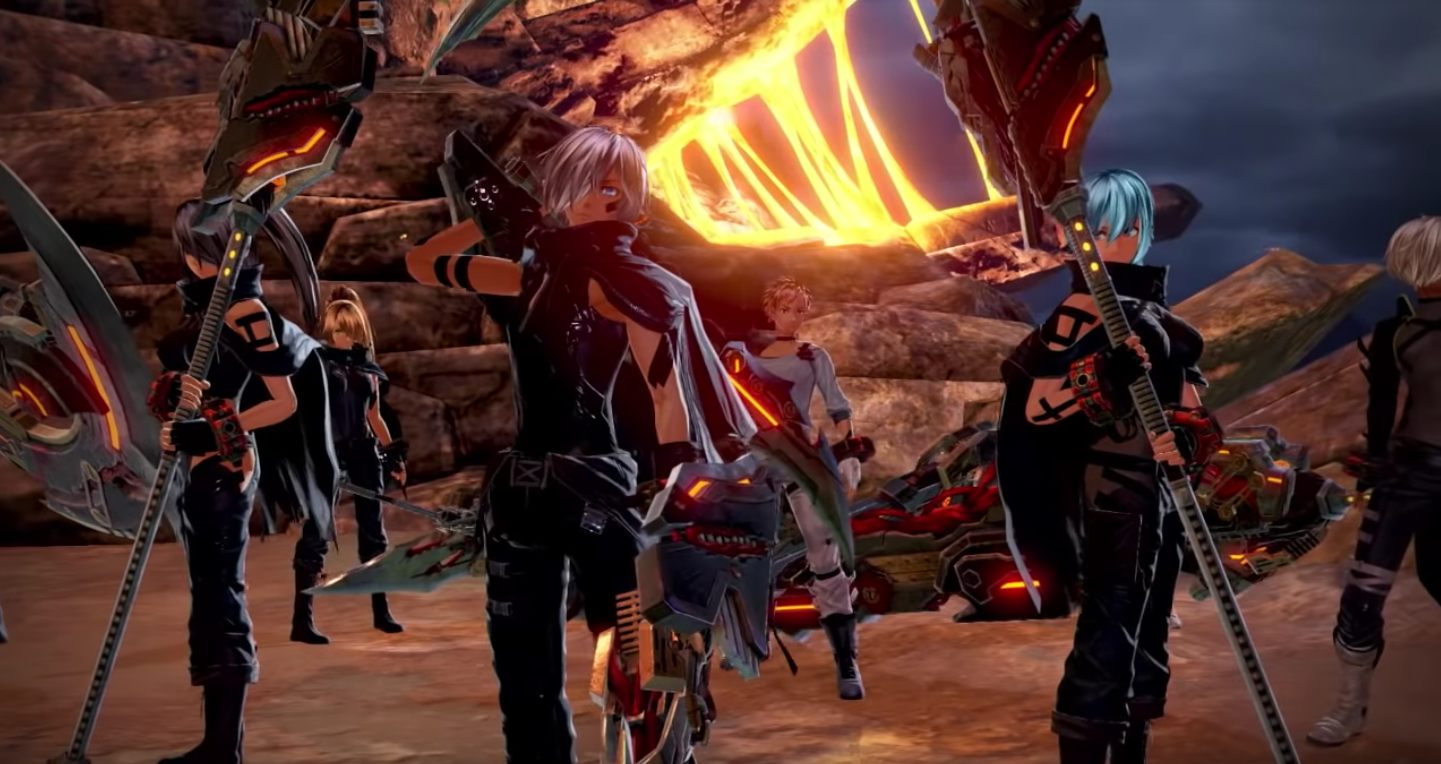 God Eater 3 is the first entry from the series for the latest generation of home consoles and Bandai Namco is giving us a taste of two specific elements of this intense action game. In the new features trailer, the development team gives us a look at character customization and the unique transforming weapons that players will need to conquer massive creatures when God Eater 3 launches February 8, 2019, on PC and PS4.

The transforming weapons will be needed to tackle God Eater 3's dynamic slayer fights and, with the character customization options, players will be able to do it in style. Here's an excerpt from the hands-on preview of God Eater 3 written by Blake Morse. For those unacquainted with the series, he gives a pretty simple breakdown of what to expect along with a comparison to something we're all at least remotely familiar with:

For those not familiar with the God Eater series, it’s core concept is very similar to the Monster Hunter games. Players head out into the field to duke it out with giant beasts known as Aragami using a plethora of various weapons. Each weapon has an alt function that turns it into a gun that can be used with a variety of ammo types. Along the way, players collect crafting items to build a more powerful arsenal and take on stronger creatures.

The main difference between the two titles is that while Monster Hunter takes players on longer, meticulous hunts, God Eater 3 is a more fast-paced, action-oriented experience that gets players into the real meat of a battle very quickly. There’s also a major focus on playing online in four player parties, but players can still take on the game with AI companions who will level up alongside you as you progress through the story.