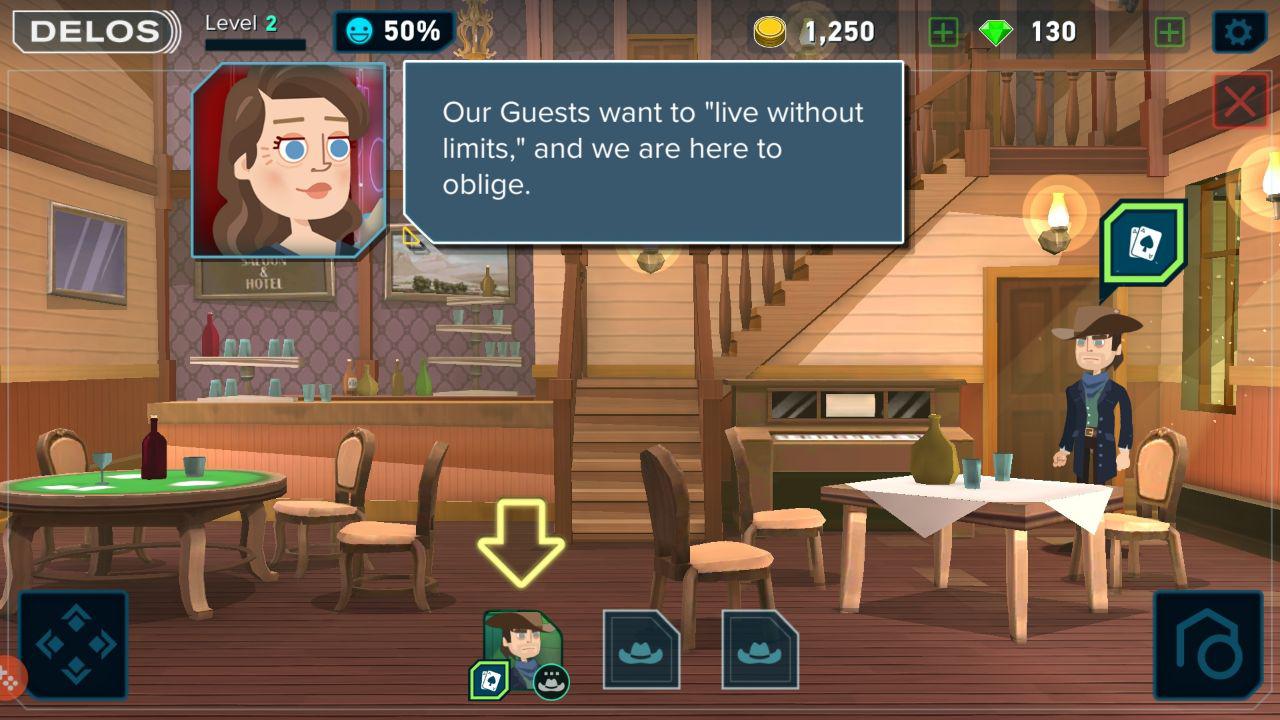 The official Westworld mobile game is now shutting down following the settlement of a lawsuit between Behaviour Interactive and Bethesda.

Despite the fact that the two groups appeared to come to some sort of settlement agreement and did not announce that the game would be shuttered, it looks like the app has now been removed from the App Store and Google Play Store. This change come just one month after the lawsuit reached its conclusion. Both parties had been embroiled in the suit that Bethesda brought over the Westworld game being a "blatant rip-off" of Bethesday's popular Fallout Shelter.

There's a new message that appears in-game when you try to load it, stating that the game is indeed shutting down. "We hope you have enjoyed playing Westworld," it reads. "We are sorry to tell you the park is entering a new phase and will no longer be taking applications for new employees. The game will be removed from the App Store and Google Play on January 15, 2019, and officially closed on April 16, 2019. As of today, you will no longer be able to make in-game purchases. If you have any in-game currency, remember to use it before the game goes offline on April 16, 2019."

The game's disappearing act comes after the lawsuit filed in June 2018, where Bethesda claimed that the Westworld title was indeed a clone of Fallout Shelter, which Behaviour Interactive had actually worked on in the past. The two parties reached their settlement agreement in December, though the terms weren't made public at that time. It looks like taking Westworld offline and shutting it down permanently was likely part of the agreement.

If you've still got the game and are itching to get a little more play time in before it's gone for good, you might want to go ahead and do that now.