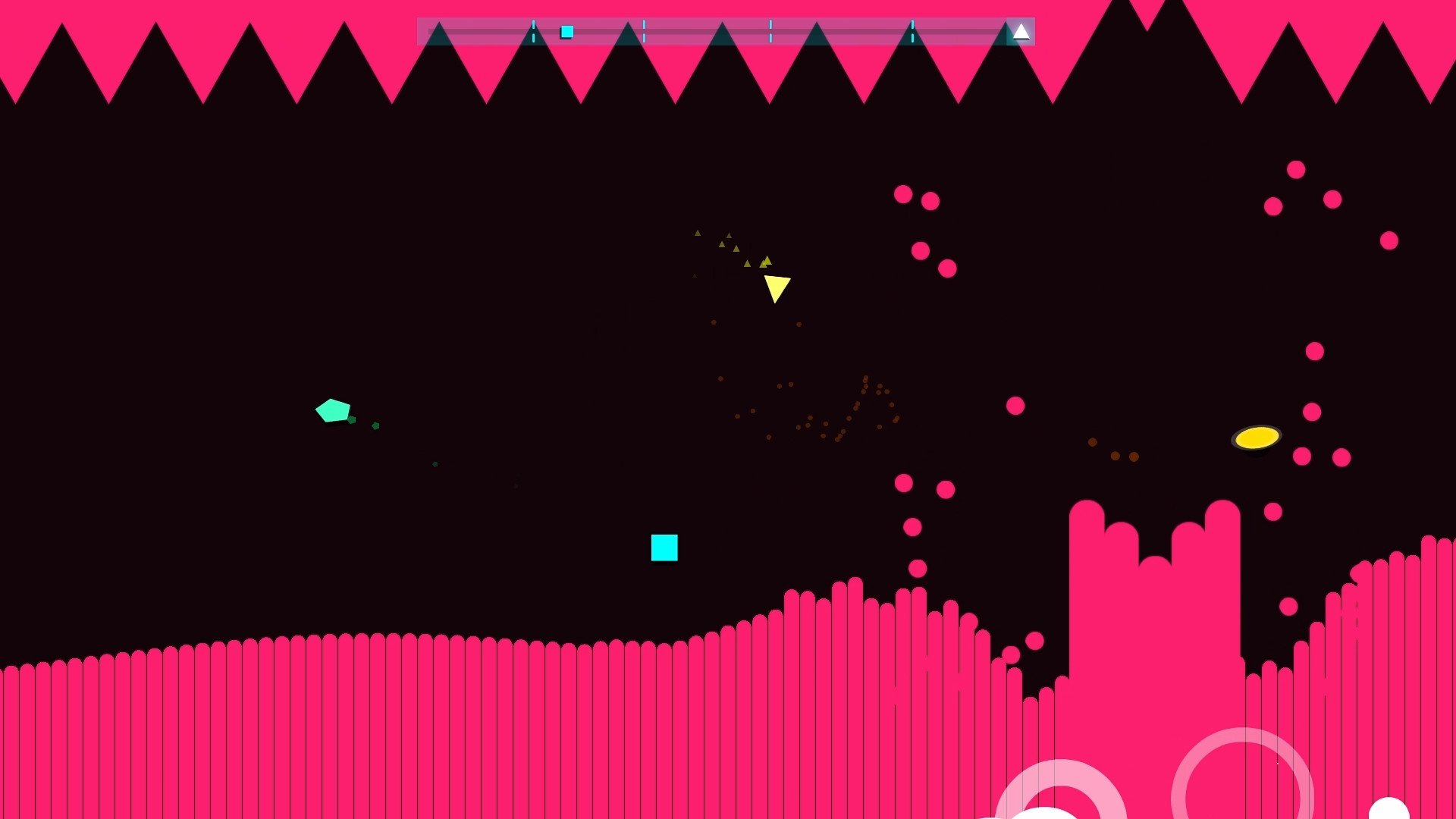 If you're a fan of the pulsing beats in the indie game Just Shapes and Beats, you're definitely going to want to check this playlist out.

Shaping the New World is a mega-mashup that combines the game's soundtrack with a list of songs from 52 artists, mixing up some seriously awesome chip tune music with the already-catchy tunes from within Just Shapes and Beats.

The mastermind behind it all, Billy Robertson, has some other pretty cool mixes on his YouTube channel that are worth checking out. If you're into upbeat chip tunes and fun mixes of songs that'll get you up and out of your seat, you owe it to yourself to groove along to this mega-mashup.

And if you haven't yet played Just Shapes and Beats, you should rectify that, too. The frenetic musical bullet hell game is an intense journey through colorful levels where you shoot your way through, well, lots of different shapes. Yes, you'll probably die over and over, but you'll love every second of it. The masterfully-crafted levels that wait around every corner are worth trying to pass each stage for, and before you know it you'll become something of a virtuoso.

Our own CEO and EIC Asif Khan had this to say about the game when he reviewed it, awarding it a 9 out of 10:

"The game's story and music are masterfully intertwined in a surprising and delightful campaign that challenges players while remaining fun. There is even a new game + that challenges the player to complete levels without dashing once and a Playlist mode that lets players go back to their favorite levels. If that wasn't enough, there is also online and local multiplayer that allows players to go head-to-head with their friends. Berzerk Studio has create a truly fantastic game that will have players coming back for more."

But enough talk! Listen to the mega-mashup already.