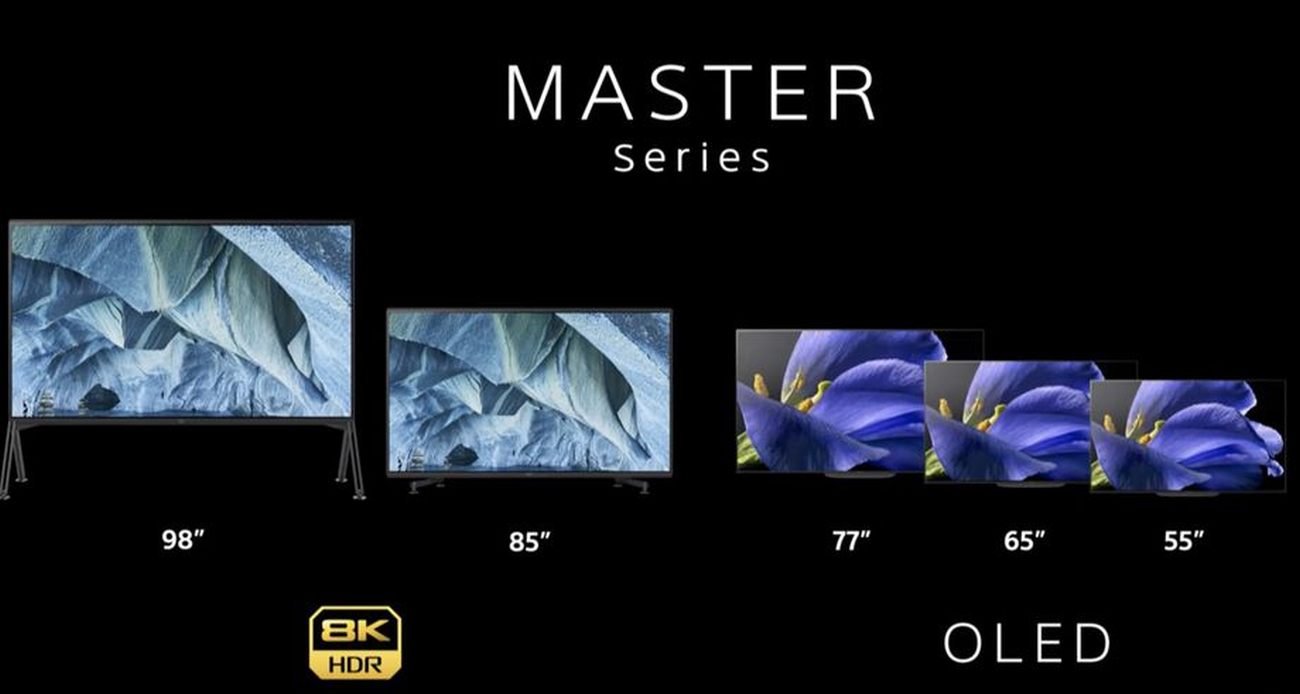 Sony's Master Series is a collection of televisions where the company has collaborated with various professionals and entities to get as close as possible to show creators' visions as they were intended. At CES 2019, the company introduced new additions to the Bravia Master Series, including Sony's first 8K LCD TVs in 98" and 85" models and the 55" to 77" OLED TVs.

Master Series TVs are created by Sony to adapt the artistic intent of creators and deliver the content to users via immaculate panels. The super-large sized 98" and 85" Z9G Bravia Master Series features the next-gen X1 Ultimate image processor with 8K resolution. With an 8K resolution algorithm custom database, these televisions can also up-convert any content to 8K.

The A9G lineup comes in 77", 65", and 55" inch versions for those that don't quite have the real estate for the massive Z9G. These new models are half the thickness of previous models and also feature the X1 Ultimate processor. Netflix is one of the entities Sony collaborated with when creating the Master Series, which resulted in the Netflix Calibrated Mode. Described in the press release, this mode lets you "enjoy a wide variety  of entertainment from Netflix exactly the way the creators intended."

Those really into the particulars of their home theater setup and the various certifications of their televisions can rest easy knowing that the new Master Series TVs are part of the IMAX Enhanced program. The visuals aren't the only element under a microscope with these TVs, of course. Acoustic Multi-Audio design places four speakers above and below the screen, "achieving a high level of audio quality befitting the immersiveness of large-screen 8K images." The smaller panels get a version of this immersion with Acoustic Surface Audio+ technology.

Do these Master Series television from Sony inspire you to make a major change to your setup? Let us know in Chatty and stay tuned for more updates from CES 2019.