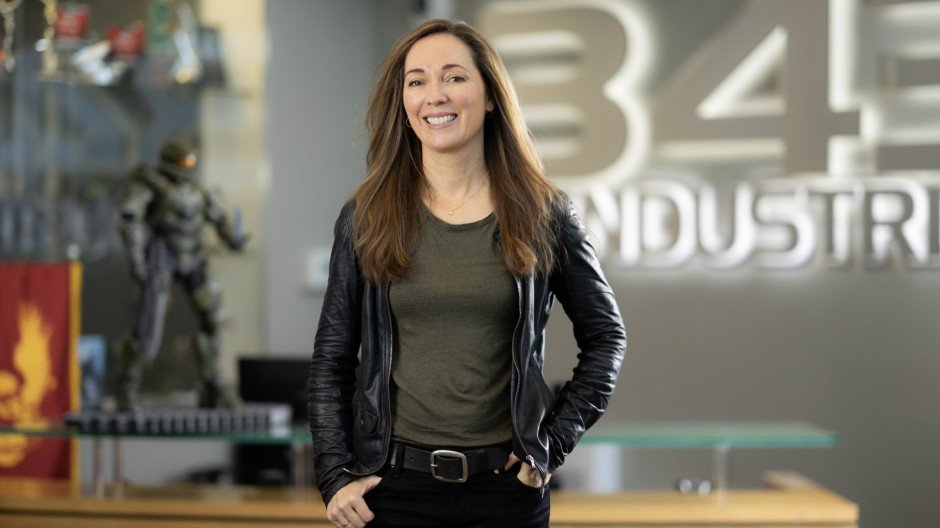 Microsoft shared on its official blog that it has chosen its 23rd Academy of Arts & Sciences (AIAS) recipient, and it looks to go to a well-deserving candidate.

Microsoft Corporate Vice President and Head of 343 Industries Bonnie Ross will be the next AIAS inductee, as she's been an integral part of the Halo franchise for quite some time now. Ross will receive the 2019 Hall of Fame Award during the 22nd Annual D.I.C.E. Awards ceremony on Wednesday, February 13, 2019 at the Aria Convention Center in Las Vegas by Executive Vice President and Head of Gaming at Microsoft, Phil Spencer.

Ross had been interested in both gaming and technology since adolescence, earning a degree in Technical Communication and a concentration in Physics and Computer Science in college. Afterward, she began working at IBM in an internship before she ended up employed at Microsoft working on operating systems. She later joined the game industry in 1994 when Microsoft created its own PC sports gaming division. Ross was a part of the team that released NBA Full Court Press for Windows.

From there, she ended up in several different roles: producer, lead producer, executive producer, and general manager who was responsible for overseeing production for all games in the Microsoft Game Studios portfolio. This means she was involved in the publishing of games like Counter-Strike (Xbox), Dungeon Siege, Fuzion Frenzy, Gears of War, Jade Empire, Mass Effect, NBA: Inside Drive, Pandora’s Box, Psychonauts, and Zoo Tycoon. In terms of Halo and at 343 Industries, she's been a part of many of the Halo franchises you know and love: Halo 3: ODST, Halo: Reach, Halo: Combat Evolved Anniversary, Halo: Spartan Assault, Halo: Spartan Strike, Halo 4, Halo: The Master Chief Collection, Halo 5: Guardians, Halo Wars 2, Halo: Fireteam Raven, and Halo Infinite (whenever we can get our hands on it.)

“It is thanks to Bonnie’s vision and drive for combining art and technology that has allowed the Halo universe to flourish within so many different mediums and platforms,” said Meggan Scavio, President, Academy of Interactive Arts & Sciences. “That along with her deep passion to expand diversity in gaming and encourage STEM education amongst women as well as all young people is truly inspirational. Her positive legacy and leadership have helped advance interactive entertainment and will impact game makers and aspiring game makers for generations to come.”

Congratulations to Bonnie and all her storied accomplishments over the years!