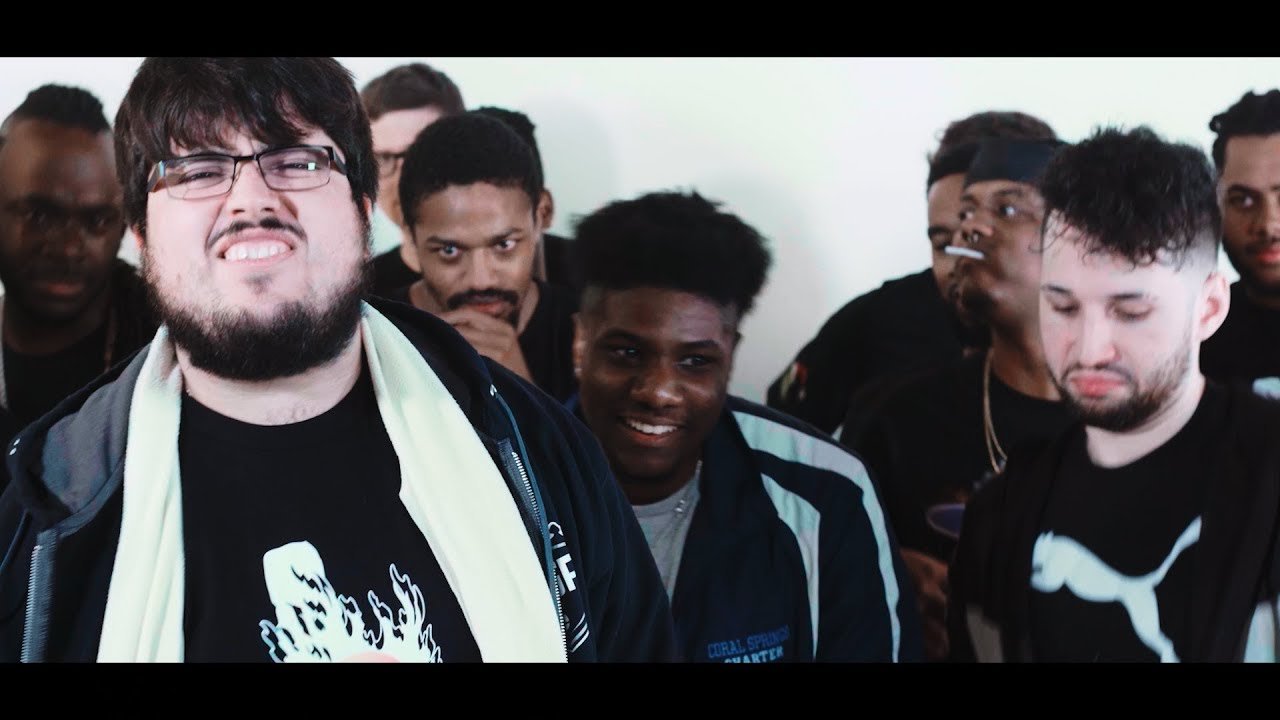 The song is littered with plenty of Super Smash Bros. Ultimate references, from Duck Hunt to Sonic and Pikachu and everything else in between. Featuring Super Smash Bros. Melee commentator D1 (xD1x) and Diddy Kong main ZeRo (and best Smash 4 player of all time) for starters, it includes 16 different players all spittin' fire bars about their Smash prowess and sometimes their sexual performance and your mama. Those are both fair game!

It's a massive 15-minute song that's just about as "ultimate" as you might expect, with some particularly memorable verses. JWittz, for one, comes out swinging with such an Eminem-like flow that you'll be doing a double-take. The good Eminem, not Kamikaze Eminem.

Here are all the players involved:

Scoot gets a laid-back verse isn't any less impressive even though he comes in and totally changes up his flow. Matt Houston drops a fun line about, "like Sakurai," you shouldn't "ask him for shit ever" again. This is in reference to the popular meme in tribute to creator Sakurai and the idea that he included just about everything fans could ever want in the game.

If you have a few spare minutes, it's absolutely worth checking out the rap in its entirety, which has great production values, and shows off how some of these players should probably be moonlighting as rappers – yes, they're that good. Plus, it's an excuse to talk about Super Smash Bros. Ultimate more, right? I imagine no one needs an excuse right now, but here it is anyway.