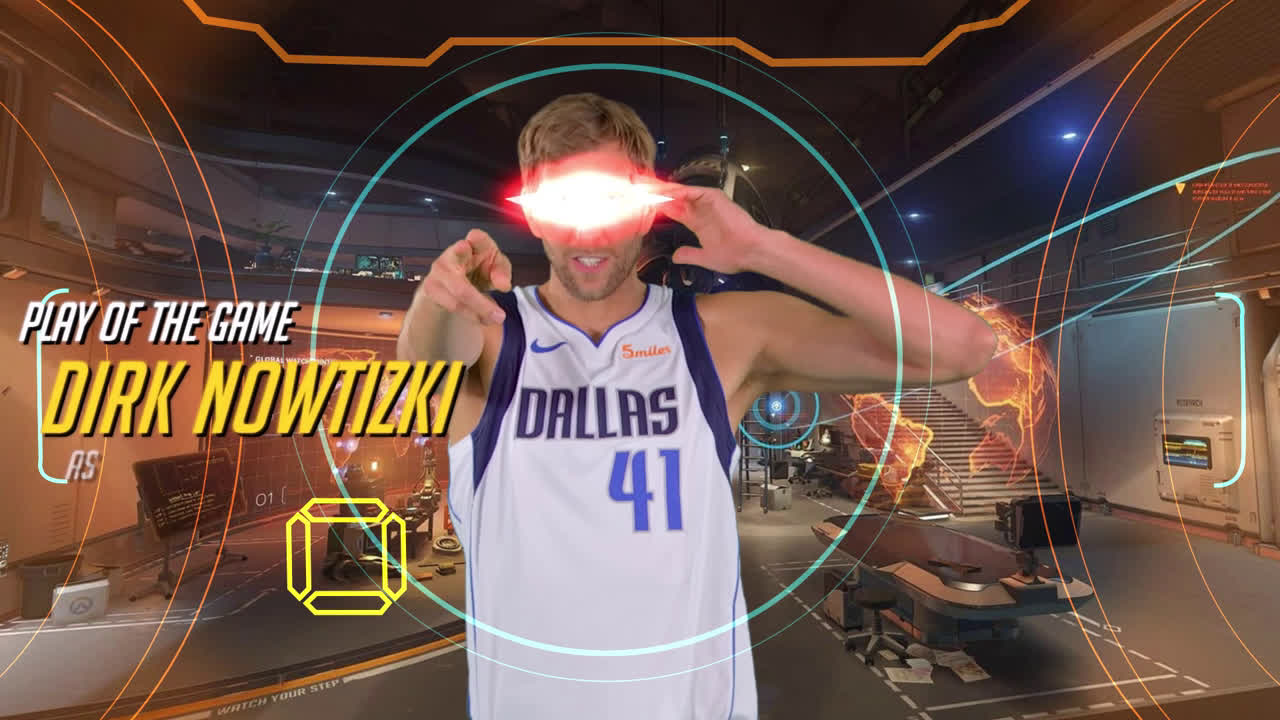 Maverwatch is the Dallas Mavericks' take on Overwatch

The Dallas Mavericks' video editor took to Twitter with a fun clip based on Overwatch for the team.

It's called "Maverwatch," and it finds the players getting some Overwatch twists added to footage of them playing basketball that Overwatch fans will no doubt enjoy. Apparently, the editor had been asking to make this video for two years, and the team above him finally obliged. The result is very impressive, even if you don't like sports or Overwatch!

The video is edited quite nicely, with plenty of fun Overwatch-related edits and puns on the players' names, numbers, and abilities like Dirk Nowtizki – he's 41, and so that makes him Soldier: 41. Meanwhile, Deandre Jordan becomes Shootscio. Harrison Barnes is McThree, Dennis Smith Jr. is Ballah, Wesley Matthews is Hanzthrow, and Luka Doncic is Dunkrat. Each player scores points, and we get a fun bit of flavor text saying "Hoop eliminated."

I do in-game media for the Dallas Mavericks and after two years of asking they finally let me do an Overwatch video! Please enjoy MAVERWATCH! pic.twitter.com/G1LlijxGJX

The end of the trailer shows the players' gamertags, prompting viewers to "Show them your power" and potentially play along with them in some heated Overwatch battles. The video is very well-made, and a fun twist on normal hype videos, but I'm sure what we're all thinking at this point is "I'm glad they didn't do Fortnite dances," because with as many kids as I see doing them out in the real world, I'm inclined to agree. Unfortunately, Fortnite has swept the world of professional sports, and players are just as crazy about it as kids are these days. You've probably seen examples of players dancing around in interviews, talking about playing it, and hyping up the battle royale in several different ways.

At any rate, what do you think of the hype video? Do you think the name puns are done well? If you're an Overwatch fan, is there a character you would have liked to have seen represented? Let us know in the Chatty thread below.