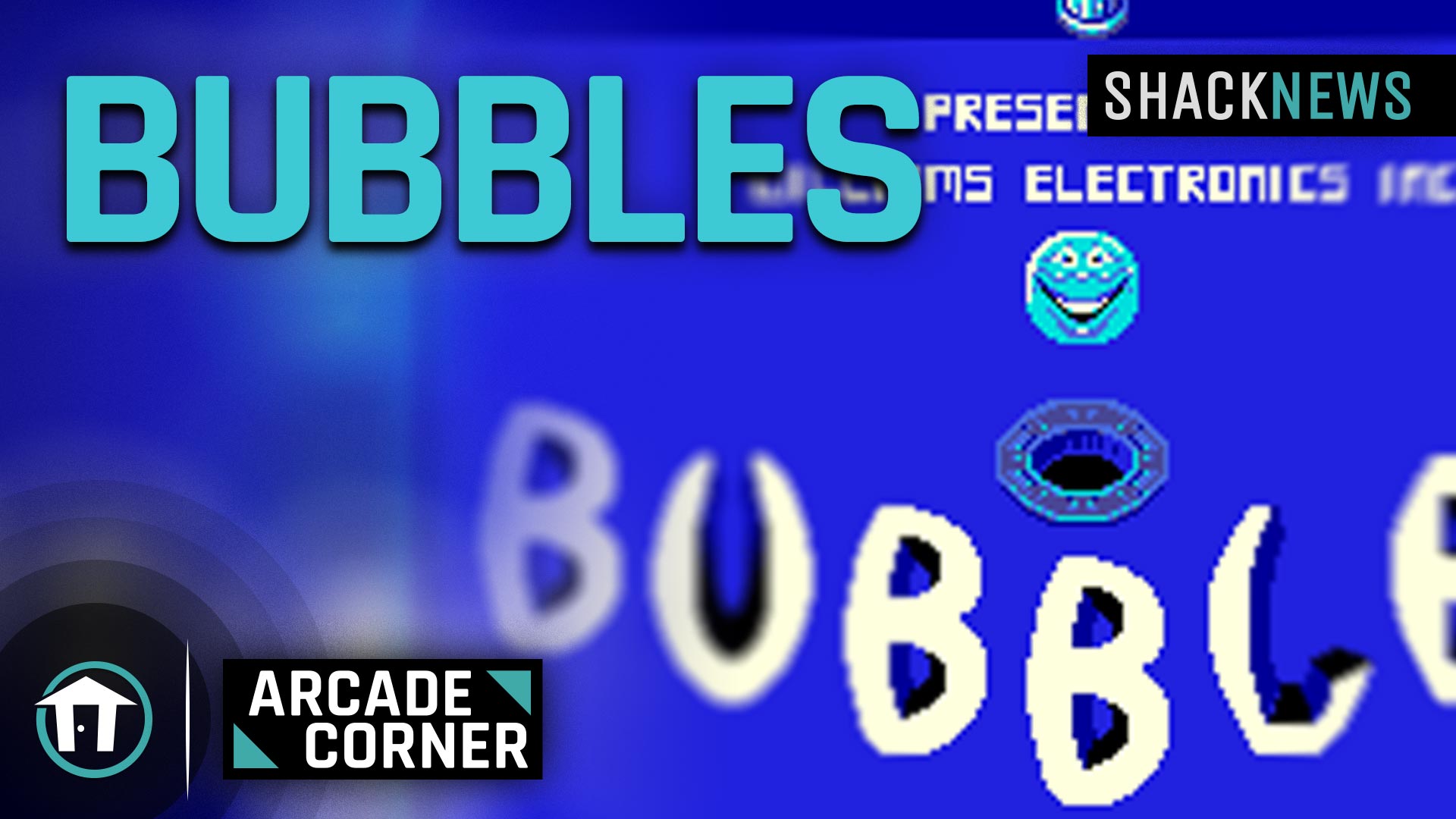 This week on Shack's Arcade Corner we take a look back at cocktail cabinet classic Bubbles. The game was developed by Williams Electronics, and first landed in arcades all the way back in 1982. The object of the game was simple: as a sentient bubble, your objective is to clear out all of the enemies that spawn within the sink before making a quick escape down the drain.

Bubbles is unique among other popular arcade games of the time, as it wasn't ported to any home video game consoles of its generation. Instead, it would later be included in various classic arcade game bundles. It made its first home console appearance in Williams Arcade's Greatest Hits back in 2006, a full 14 years after its arcade debut, and later made its way to both Midway Arcade Treasures in 2003 and Midway Arcade Origins in 2012. Gamers might also note that the gameplay is largely similar to the action found in popular online game Agar.io.

Please take a look at this video to find out more about Bubbles. For more great videos, including in-depth developer interviews and must-see convention coverage for events like E3 or PAX, be sure to check out both Shacknews and GamerHub.tv over on YouTube.

If you have a suggestion for a future episode of Shack's Arcade Corner, please let us know in the Chatty section below, or tweet @Shacknews & @GregBurke85 with the hasthtag #ArcadeCorner.

In case you've missed any of the over 100 episodes created so far, we'd like to invite you to check out our Shack's Arcade Corner YouTube Playlist.