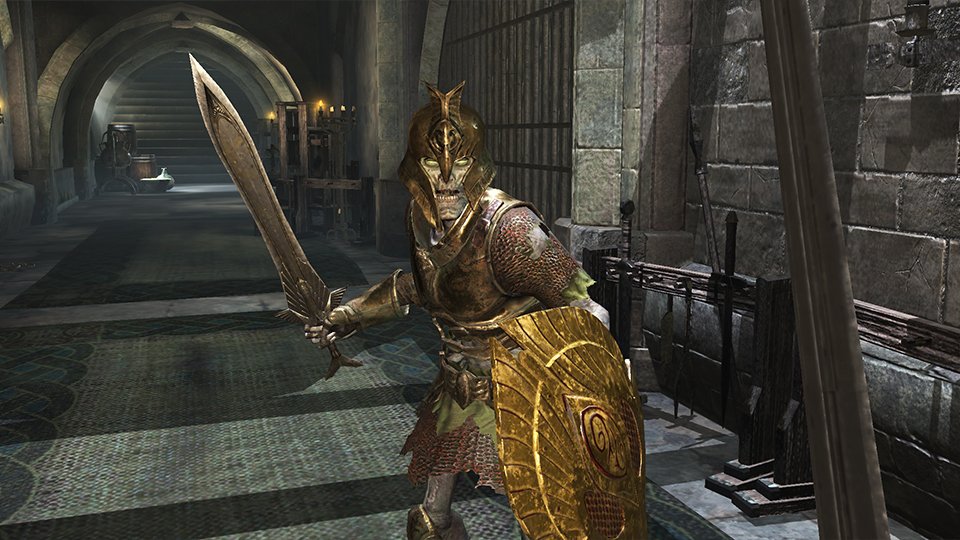 The Elder Scrolls: Blades iOS and Android release delayed into 2019

The Elder Scrolls: Blades has been delayed into 2019 for both iOS and Android platforms.

Bethesda took to Twitter on the official Elder Scrolls account with the news about The Elder Scrolls: Blades, adding the company is "incredibly excited" for fans to try the game when it does launch. Previously, it was expected to launch during fall 2018, but that is no longer in the cards. It is a free-to-play mobile game that's played vertically and was created in a bid to match the epic, large-scale adventures from The Elder Scrolls series in a mobile capacity.

The Elder Scrolls: Blades will release in Early 2019 for iOS and Android devices. We are incredibly excited for you to play Blades and you can still sign up for Early Access at https://t.co/uuFPob6YWJ.

You use tap-based input to control your character and swipe left and right to look around. Pressing and holding the screen launches attacks. The game has a heavy focus on combat, but there are also opportunities to explore towns and villages, just like in any other Bethesda RPG and the rest of the Elder Scrolls series.

Shacknews went hands-on with The Elder Scrolls: Blades during QuakeCon 2018, and we came away with some incomplete thoughts since many parts of the build weren't present at the time, but we had a hopeful feeling about the game's future, at the very least.

"Ultimately, the verdict is out on The Elder Scrolls: Blades' potential and it will remain so until I can get my hands on the village building. The dungeon crawling mechanics and combat are simple and seem polished, but they’re ultimately a means to supply the individual city I’ll be able to shape with resources I gather," wrote our News Editor, Charles Singletary, Jr.

This mobile effort follows the massively successful Fallout shelter and The Elder Scrolls: Legends, both of which are also on other platforms. Bethesda didn't offer a reason for why The Elder Scrolls: Blades was delayed, but hopefully the extra time in the oven will mean a better experience for everyone.