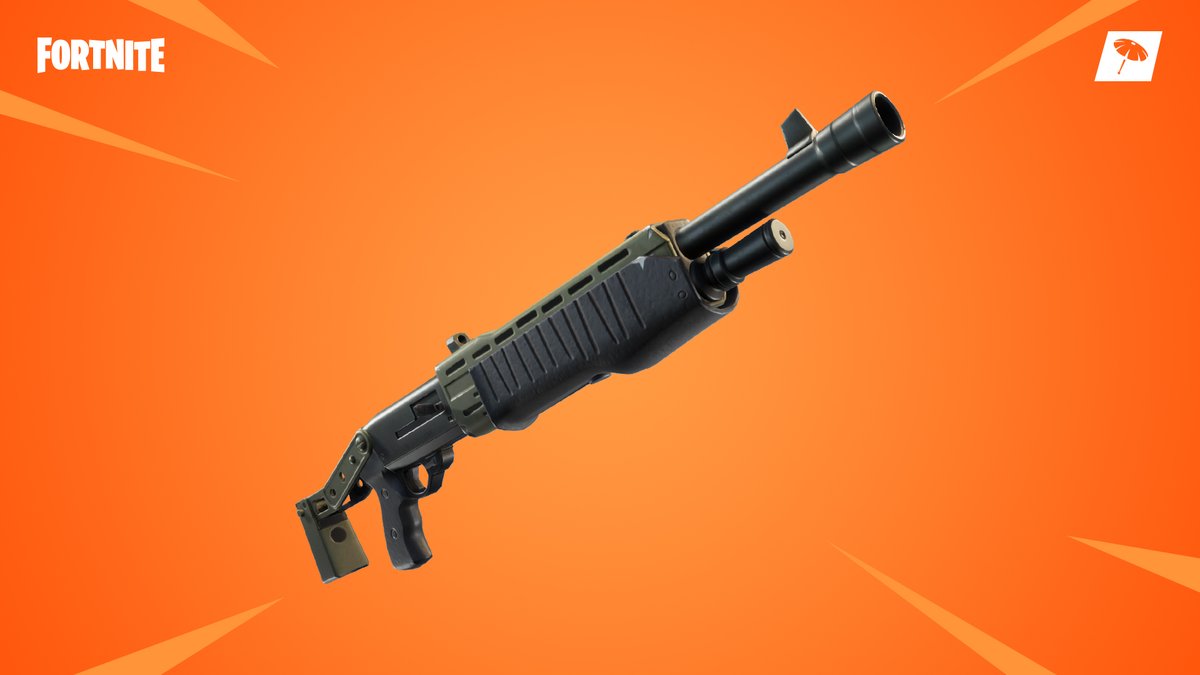 This morning, Epic Games has announced that a new shotgun will be coming soon to their runaway success - Fortnite Battle Royale. The so-called gold shotgun will mark the fifth shotgun weapon added to Fortnite since its release. Not many details have been provided so far, but the Epic/Legendary pump looks to be modeled after the SPAS-12. With this in mind, we can assume this gun will pack quite the punch, but may have a slower firing rate than something like the tactical or heavy shotgun.

The new purple and gold pump shotgun is expected to debut in Fortnite’s 6.31 update. Interesting to note - this update will also feature a universal buff across all shotguns. It’s been speculated that the adding of the new pump shotgun could signal the end of the line for another weapon. Perhaps the double-barrel shotgun could be making its way to the vault? After receiving a harsh nerf several updates ago, the double-barrel is a less viable option, and players are using it less and less, making it ripe for removal. It’ll be fascinating to see how drastic of an impact these changes and additions will have on Fortnite’s ever-changing meta.

With less than two weeks until the season concludes, season 6 has been one of the most action-packed and controversial seasons of Fortnite to date. The addition of the mounted turret, along with the implementation (and removal) of the glider re-deploy feature has sparked some hot debates amongst the community. Things don’t stop there, Kevin the cube, Fortnitemares, and the vaulting of some beloved items (R.I.P. dual-wield pistols) will solidify Season 6 as one of the most monumental in Fortnite history.

This will likely be the final major patch to Fortnite before 7.0, so keep it locked to our Fortnite guides as we build towards season 7!