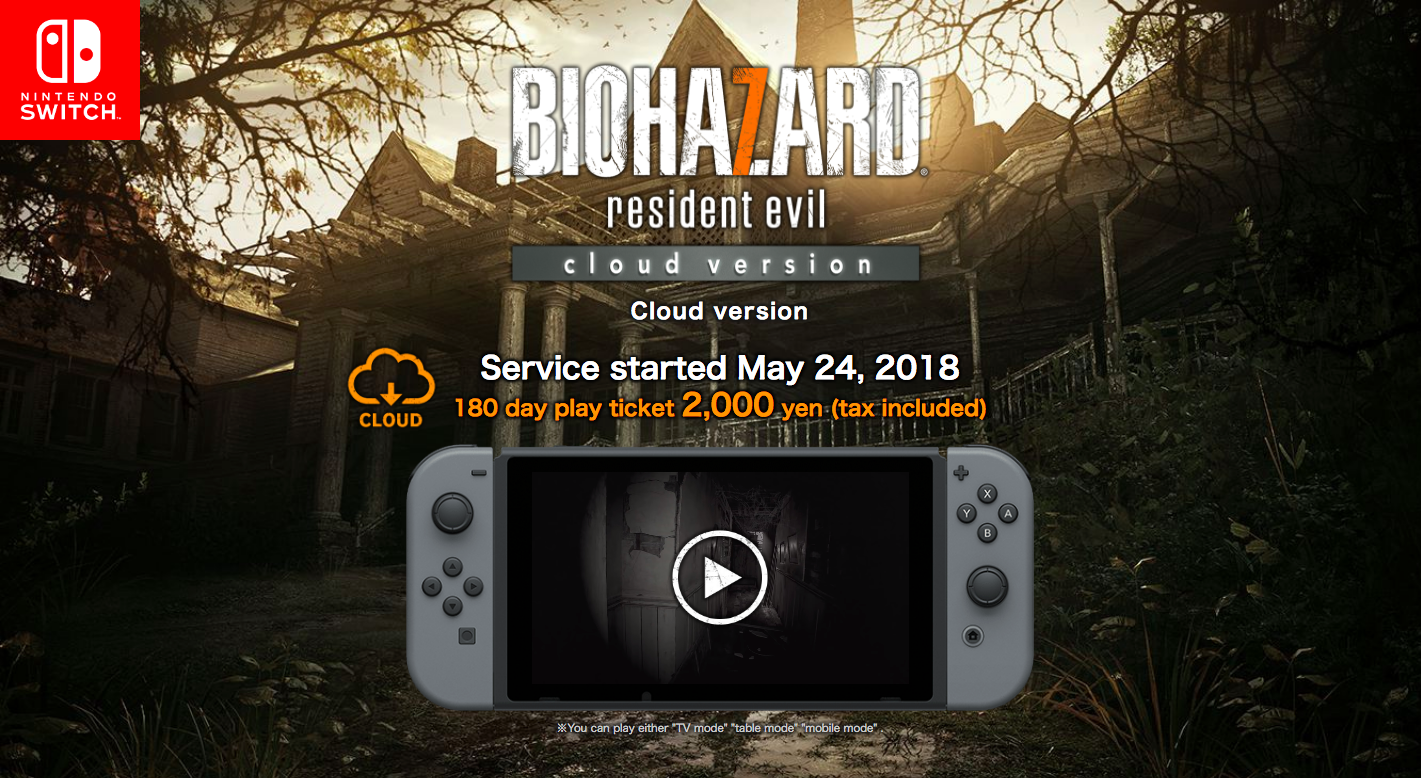 Streaming games and downloading large files has become something of the norm with the current generation of consoles, and it seems to only be picking up in popularity.

In fact, in Japan, Switch owners can currently download an app and play a streamable version of Resident Evil 7 and Assassin's Creed Odyssey, both titles that wouldn't normally be able to run optimally on the system. In a recent interview with Kotaku, Nintendo's Reggie Fils-Aime shared his thoughts on streaming games like these, notably calling them "very exciting." Fils-Aime stated that “essentially a cloud-based gaming experience on the Switch is something that everyone is very excited to see.”

He continued, however, that it's exclusive to Japan right now because of the country "internet infrastructure" with high-speed wireless capabilities. "The ability to have a great experience in Japan is profound. The technical infrastructure doesn’t exist for that to happen currently here in the United States," he explained. There are, however, streaming offerings in America such as the upcoming Google Project Stream. but apparently they aren't up to Nintendo's standards.

"From that standpoint we’re looking at that activity as a very interesting test case and certainly is going to drive our thinking and our potential investments here in the Americas," said Reggie. He continued, speaking on Project Stream: "If you talk to really active gamers there’s a level of dissatisfaction, because of a lag and other things that happen currently. The question is: at what point will there be the technical infrastructure for that to be a truly compelling experience."

So it's unclear at this time if Nintendo is going to be bringing the same kind of experience to gamers in the U.S., but it's at least something on the company's radar. It looks like it may be some time before we see it come to fruition, though.

Star Wars: Knights of the Old Republic remake rumors are on the rise again
Login / Register