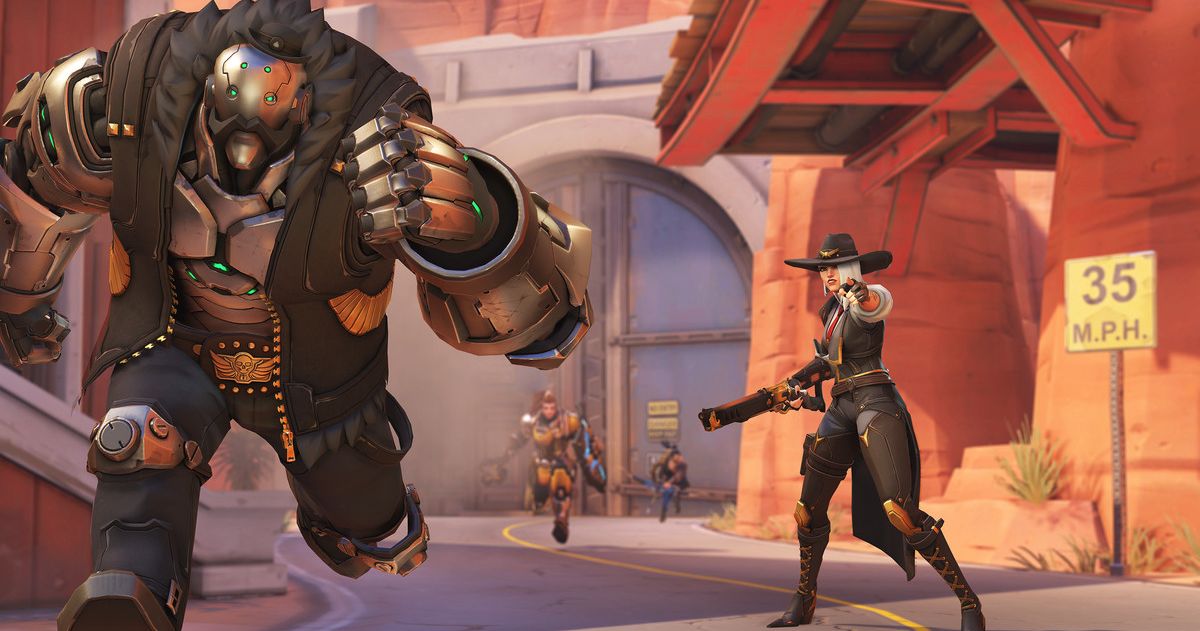 You've all been patiently waiting for hero #29 and she's finally here. Overwatch patch 1.30.0.1. is now live across platforms and brings a host of changes along with Ashe.

Mercy has been the subject of major changes to her abilities over time, including an entire overhaul of her moveset, and she's getting a buff this time around. The developers state that her ultimate was "charging a bit too slowly after her base healing was reduced in a previous update" in the official Overwatch blog post and, in 1.30.0.1, her Valkyrie ultimate cost is reduced by 15% and healing-per-second is increased from 50 to 60.

Roadhog is another hero receiving a significant buff and here's a list of the changes along with the developer commentary on them:

Roadhog is receiving several large changes to make his abilities more consistent. His Chain Hook had issues with breaking when enemy targets jumped or fell behind environment collision. It will now slow them down in the air more when the hook lands, and wait less time before it starts reeling them in. Since Chain Hook’s cooldown now begins immediately upon use, so it no longer varies based on Roadhog’s distance to the hook target. We’ve also moved some of the projectiles closer to the center of the spread pattern on his Scrap Gun, which gives him a more consistent damage output for its primary and alternate fire. Previously, there was a long-standing bug that caused close-range targets to fly much further than expected. After this bug was fixed, we still wanted to keep some of the knockback burst it provided, so we’ve increased the overall velocity cap to maintain some of that functionality.

Updates to Reaper, Symmetra, and all of the deeper bug fixes can be found on the official Overwatch 1.30.0.1 patch blog post

Overwatch is available now on PC, Xbox One, and PS4. If you're curious about how the new champ plays, check out our full Ashe hands-on from Blizzcon 2018. Stay tuned to Shackews for additional updates.