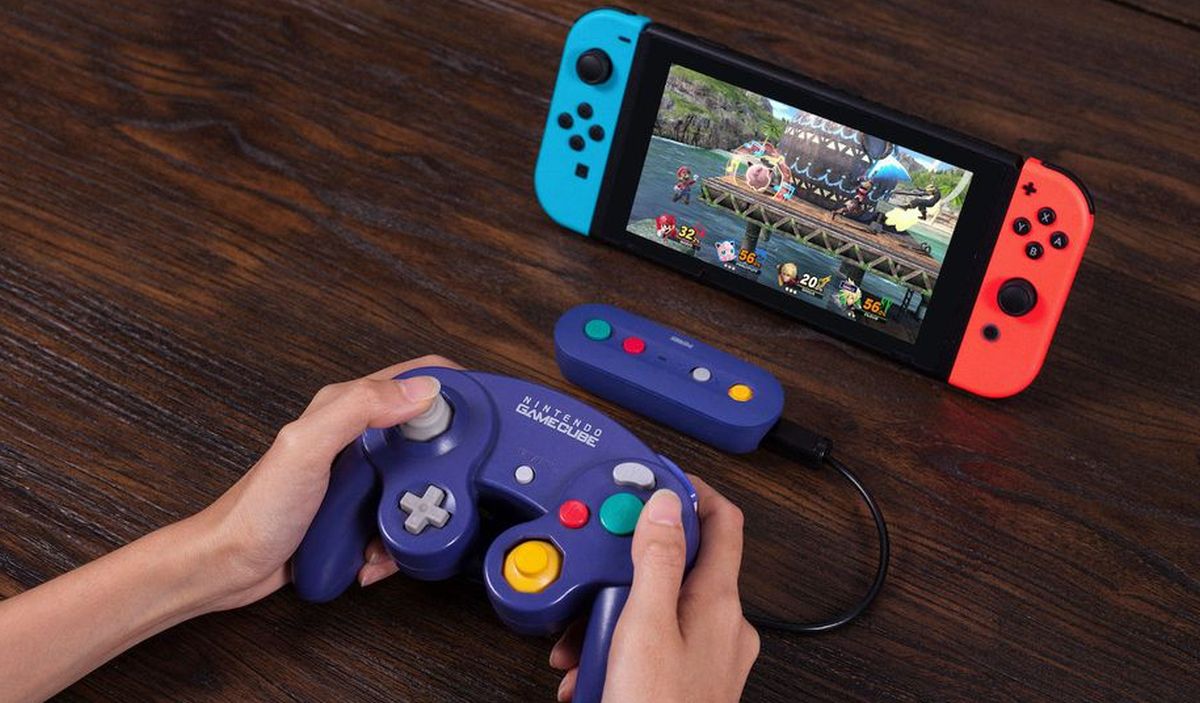 The release of Super Smash Bros. Ultimate is nearly upon us and gamers everywhere are likely plotting out the best way to play. Nintendo confirmed that, via an adapter, players can use the Nintendo Gamecube controller with the game. 8bitdo, a company with a reputation for high-quality adapters and controllers, has stepped up to the plate with a solid-looking wireless option.

The Verge reports that the $19.99 device from 8bitdo lets users plug in their Gamecube controllers and then it will connect wirelessly to the Nintendo Switch. It has 30 hours of battery life and adds a Switch home and screenshot button, so that you don't miss out on the functionality of standard Nintendo Switch controllers.

The adapter also works for Windows and gamepads other than the Gamecube, like the Wii Classic controller, can also be plugged into it. Whether you're interested in using it for Super Smash Bros. Ultimate or not, this adapter sounds like a steal for $19.99.

This massive crossover/brawler launches exclusively on Nintendo Switch December 7, 2018. Read up on every single thing we know about Super Smash Bros. Ultimate and stay tuned to Shacknews.com