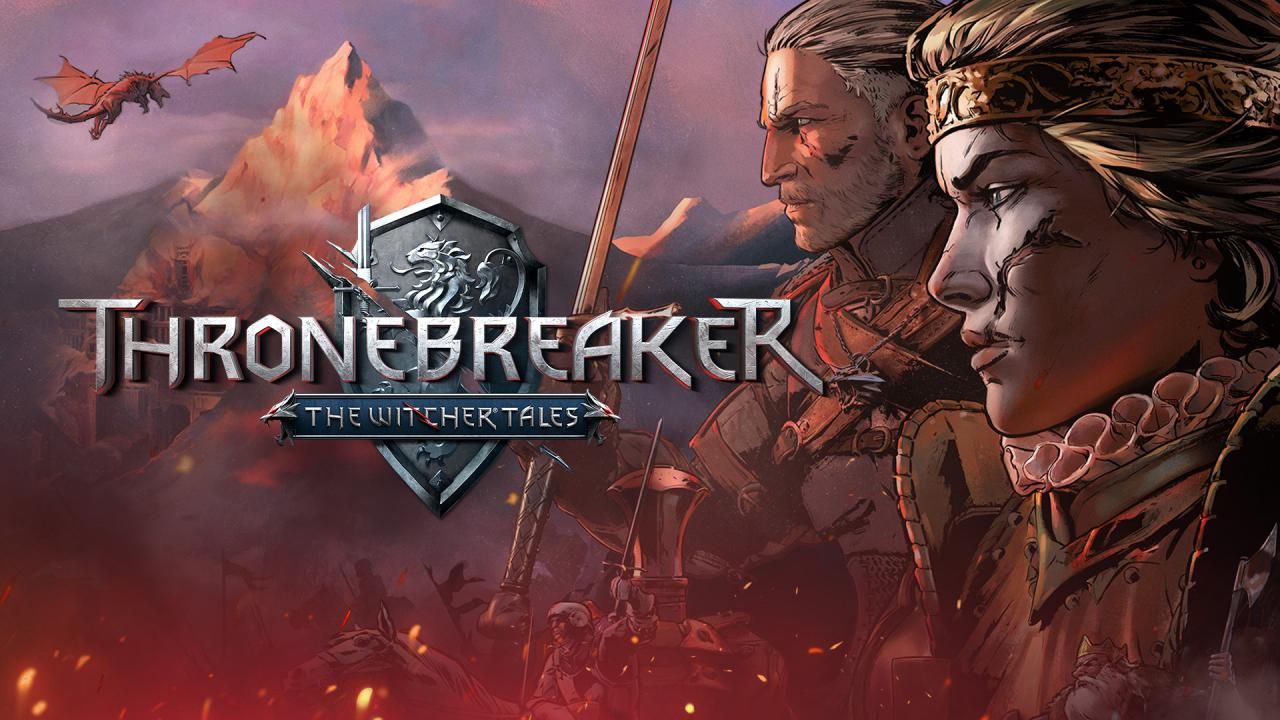 Despite contention with the author of the Witcher books and the ambitious Cyberpunk 2077 project looming on the horizon, CD Projekt Red is charging forward with keeping the Witcher world alive. Witcher 3: Wild Hunt has come and gone with all its wonderful DLC, the game’s Gwent mini-game has evolved into a full multiplayer game of its own, and now we have Thronebreaker: The Witcher Tales.

This new adventure uses the Gwent card game as the foundation for combat, but is it just a single-player extension of that title? Thronebreaker: The Witcher Tales throws some unique elements in the mix to make it stand apart from Gwent, but, if you aren’t a fan of the card game, Thronebreaker won’t be for you. If you are, though, CD Projekt Red has put together a solid platform to extend Witcher tales far into the future.

The card is mightier than the sword

Thronebreaker: The Witcher Tales is a single-player RPG that casts players as Meve, the Queen of Livia and Rivia. Exploration happens across a handful of large maps with an isometric perspective similar to RPGs like Pillars of Eternity and Baldur’s Gate, but that’s where the comparisons end for those titles. Queen Meve’s army is represented by a customizable deck of cards and combat takes place in standard Gwent matches with a few unique wrinkles.

The biggest difference between Thronebreaker and Gwent is the rules. There are combat scenarios based on standard Gwent rules in Thronebreaker, but there are many more instances where the card game introduces custom decks and rules that you’ll never encounter otherwise. These unique moments are frequent, thankfully, as they're the most interesting parts of Thronebreaker's conflicts.

At a point, the standard matches slow the pace compared to the puzzles and side-encounters. Exploring the map itself also slows things down, serving as just a stopgap to collect resources by clicking and moving on to the next match. This is more than many other card game offers, but could have done with some more interactive elements.

One example of how this works is my encounter with the a massive troll. I chose to help it out of a harrowing situation and, when the combat scenario started, the card representing the troll was on my side of the battlefield. It had a unique ability that caused it shift rows depending on the units I had surrounding it. With the right combination, the troll moved without taking damage, but could also harm itself if I didn't plan correctly. This coupled with the attacks from enemy soldiers made the conflict's objective, finishing the round with the troll alive, an exciting goal that flipped typical Gwent rules on their head.

The art style in Thronebreaker is something akin to a grim, noir comic book comparable to the work of Hellboy comic artist Mike Mignola. Darkest Dungeon is another game that features a similar art style, though Thronebreaker does have lighter shades in the mix. The style is also a bridge to The Witcher 3: Wild Hunt, which featured similarly designed cutscenes.

Thronebreaker is fully-voiced, from spoken dialogue to scene narration, and features vocal performances that rival anything around. A quality effort there is extra important too, because you’ll be hearing these characters speak while exploring, while in camp, and throughout combat scenarios as well. The sound effects for soldiers, cavalry, siege weapons, enemy creatures, and a whole lot more are all impactful, but hearing Meve and other characters add context to the card-based conflicts is a nice touch.

The heart of the cards

There’s one significant missed opportunity in Thronebreaker: The Witcher Tales. While Meve’s army is represented by the cards, the actions I took as Meve didn’t visibly impact that army in a negative way. I spent a lot of time finding the resources needed to build camp upgrades and craft (recruit) new cards, but it would have added a refreshing layer of immersion if my custom deck was depleted by my actions in or out of combat.

For those worried about being detached from Thronebreaker’s narrative because of the cards, wipe those fears away. The custom events and puzzles do a wonderful job of bending Gwent to its limits to make the encounters reflect action you’d expect in a 3D action-adventure game. On top of that, the story, and characters are top notch. The isometric exploration, with maps that change as the narrative moves along, is a fitting vehicle for this story as well. This is a legitimate tale from the world of the Witcher and it is worth experiencing.

Whether you’re familiar with Gwent or not, though, you’re going to need to get into the habit of reading all of the card abilities and custom puzzle criteria closely. I attempted to use trial and error a lot of the time to figure the puzzle encounters out (no cost to restart encounters and you can even skip them on lower the lower difficulty), but it served me better to deduce how the unique cards abilities changed the gameplay and develop a strategy based on that. To do that, I also had to closely study my deck so I could spot the differences.

With Gwent having fully released in October, Thronebreaker: The Witcher Tale’s launch is a timely extension of that experience. The development team isn’t shy about how the two are related, either. For instance, Thronebreaker has a “Multiplayer” option in the main menu that opens up the Gwent client if you have it installed. There are also cards strictly for Gwent unlocked throughout your Thronebreaker adventure.

With that said, Thronebreaker: The Witcher Tales alone is worth the journey. Even if you’re not a major Gwent fan, the custom scenarios and puzzles could spark new interest and compel you to explore a significant chapter in the Witcher lore.

This review is based on a PC code provided by the game’s publisher. Thronebreaker: The Witcher Tales is available now for $29.99 on PS4, Xbox One, and PC exclusively via GOG.