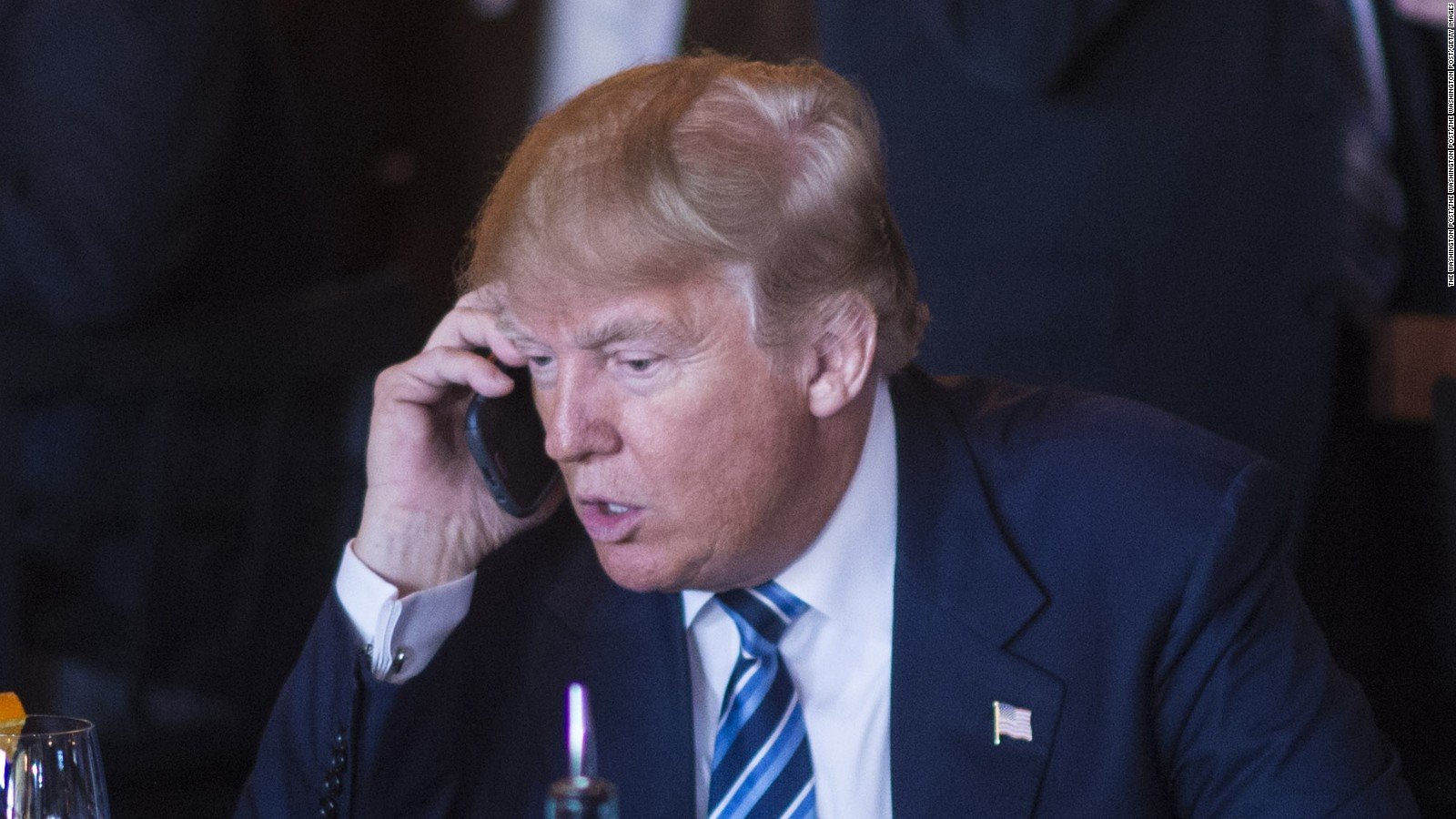 United States intelligence agency reports claim that Russian and Chinese spies are listening to the president's phone calls, which would not be possible if Donald Trump actually used his secured phone line. Sadly, President Trump refuses to part ways with his private unsecured iPhone when calling his old buddies to talk about making things great, complaining about fake news, or even asking them how they think he is doing. In true Donald Trump fashion, our president took to Twitter at 3:54 AM today to voice his displeasure and deny this report.

The so-called experts on Trump over at the New York Times wrote a long and boring article on my cellphone usage that is so incorrect I do not have time here to correct it. I only use Government Phones, and have only one seldom used government cell phone. Story is soooo wrong!

The New York Times has been attacked multiple times by President Trump over fake news reports, and this latest denial is written like an angry, spoiled brat who has been caught cheating on a test. Trump's aides have repeatedly warned the president about the risks of using an unsecured phone line, and they have even told him that spies are routinely eavesdropping on these calls. White House officials are left hoping that President Trump doesn't discuss classified information when chatting up his buddies.

White House officials spoke to the New York Times anonymously to voice their frustrations and not in the effort to undermine the president. They went on to say that intelligence agencies had learned of the spies eavesdropping on calls by intercepting communications between foreign officials as well as sources inside foreign countries' governments. According to these current and former White House officials, China is using what they learn from these calls to determine what kind of arguments they can use to diffuse the ongoing trade war with the U.S. Chinese spies have also compiled a list of people who Trump regularly speaks to that would be able to influence the president. Chinese and the Russian spies “would look for any little thing — how easily was he talked out of something, what was the argument that was used,” said former CIA agent John Sipher.

President Trump does have two secured phones: one for Twitter and one for calls. White House officials say the main reason that Trump keeps his third personal phone is that it is able to store contacts. The president had mentioned unsecure phones to the WSJ in a recent interview, but today's denial is just another in a long trail of false or misleading statements on Twitter.

This story is both absurd and unsurprising. Many iPhone owners may feel addicted to their devices, but we don't discuss classified information with our friends on group chats or phone calls. Sadly, this kind of careless behavior is something that many people have come to expect from the president.