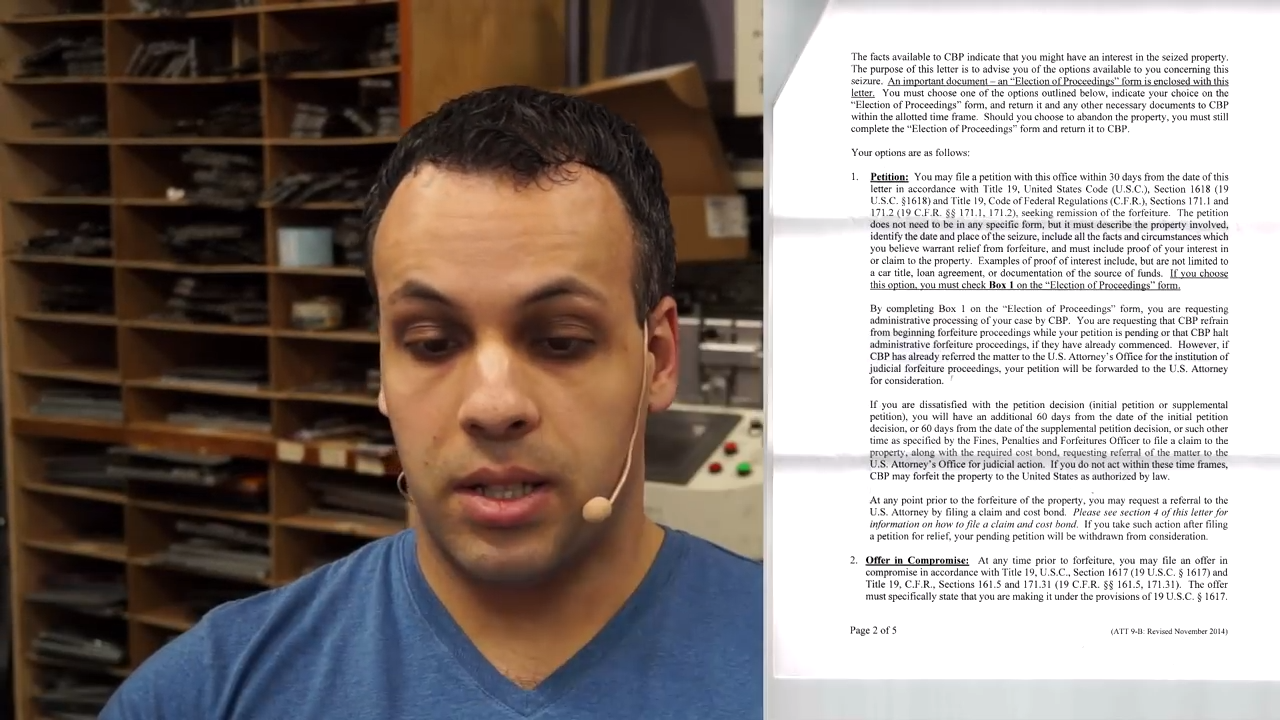 Independent iPhone and Mac repair advocate and YouTuber Louis Rossmann is staring Apple down in a potential fight for a package containing 20 Apple laptop batteries that were seized by US Customs and Border Protection.

Rossmann had ordered said batteries from China, and they were making their way from China to the New York City-based Rossmann Repair Group store last month, which specializes in repairing Apple products, before they were seized. Rossmann is now without his batteries, and he's gearing up for a legal fight against Apple and CBP after receiving a letter on October 5 detailing what happened with the 20 laptop batteries, collectively worth $1,068.

“Apple and customs seized batteries to a computer that, at the Apple Store, they no longer service because they claim it’s vintage,” said Rossmann in a YouTube video where he details the alleged incident. “They will not allow me to replace batteries, because when I import batteries that are original they’ll tell me the they’re counterfeit and have them stolen."

Originally, the batteries were seized on September 6, leaving Rossmann to find out about them on October 5, via the case letter Rossmann showed off in its entirety in his explainer video. According to the letter, Rossmann has little he can actually do to fight the decision by CBP, which includes offering a compromise filing a petition, fighting the seizure in court, or abandon his claims to the property, none of which sound like fantastic ideas, or especially convenient, for any of the parties involved.

Rossman is willing to fight as long as he has to, citing a battle on "principle" with the massive electronics company. "I don't care if I have to spend $50,000 in legal fees to get back my $1,000 worth of batteries," Rossman said in his video. "This is principle. Apple, you are not going to get away with this." Stay tuned to Shacknews for additional information on the situation as it arises.