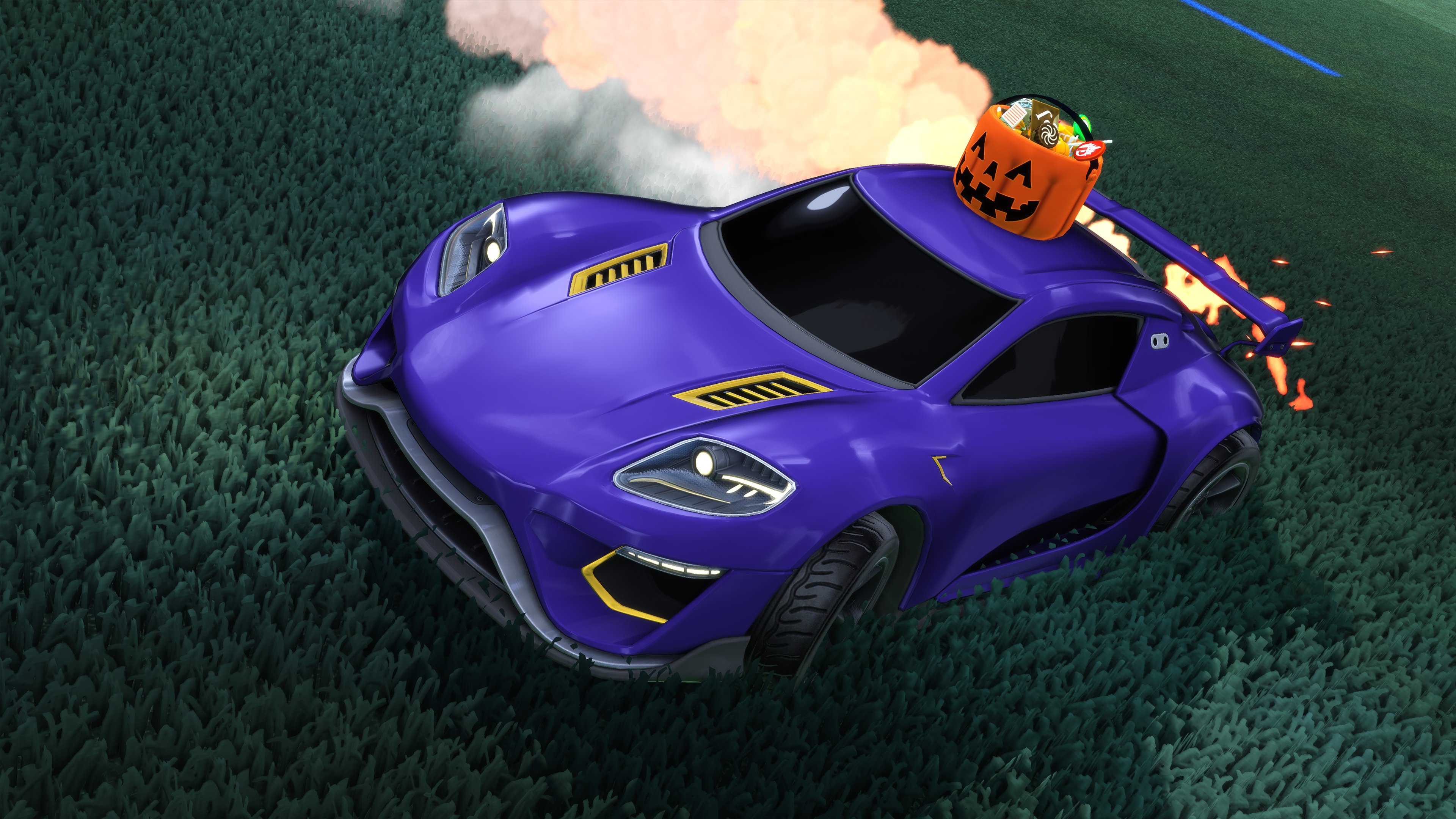 Rocket League is getting into the Halloween spirit with its upcoming Haunted Hallows event, running from October 15 through November 5. During that time, players will earn a special currency – Candy Corn, natch – in order to purchase different Halloween-themed items. You'll need 50 to 150 Candy Corn to grab most of the cool holiday goodies, so that means you'll have to grind it out a bit more if you want to collect everything.

The new items and Candy Corn take the place of last year's crates, and instead offer cosmetic items like toppers and car skins, like the spiderweb-themed Arachnophobia decal. The Candy Jack topper puts a jack-o'lantern on top of your car, while the Haunted House topper does exactly what it says it does. It's just a miniature haunted house.

Candy Corn can also be traded in for Golden Pumpkins, which will net you a Nitro, Turbo, or Player's Choice Crate. They'll unlock items from each of those series of goodies, so you've got some options while the themed event is going on.

Looking forward to kitting out your vehicles in Rocket League with grim grinning ghosts and ghoulish pumpkins? Make sure you don't miss out on the event, and get in on the fun ahead of November 5.