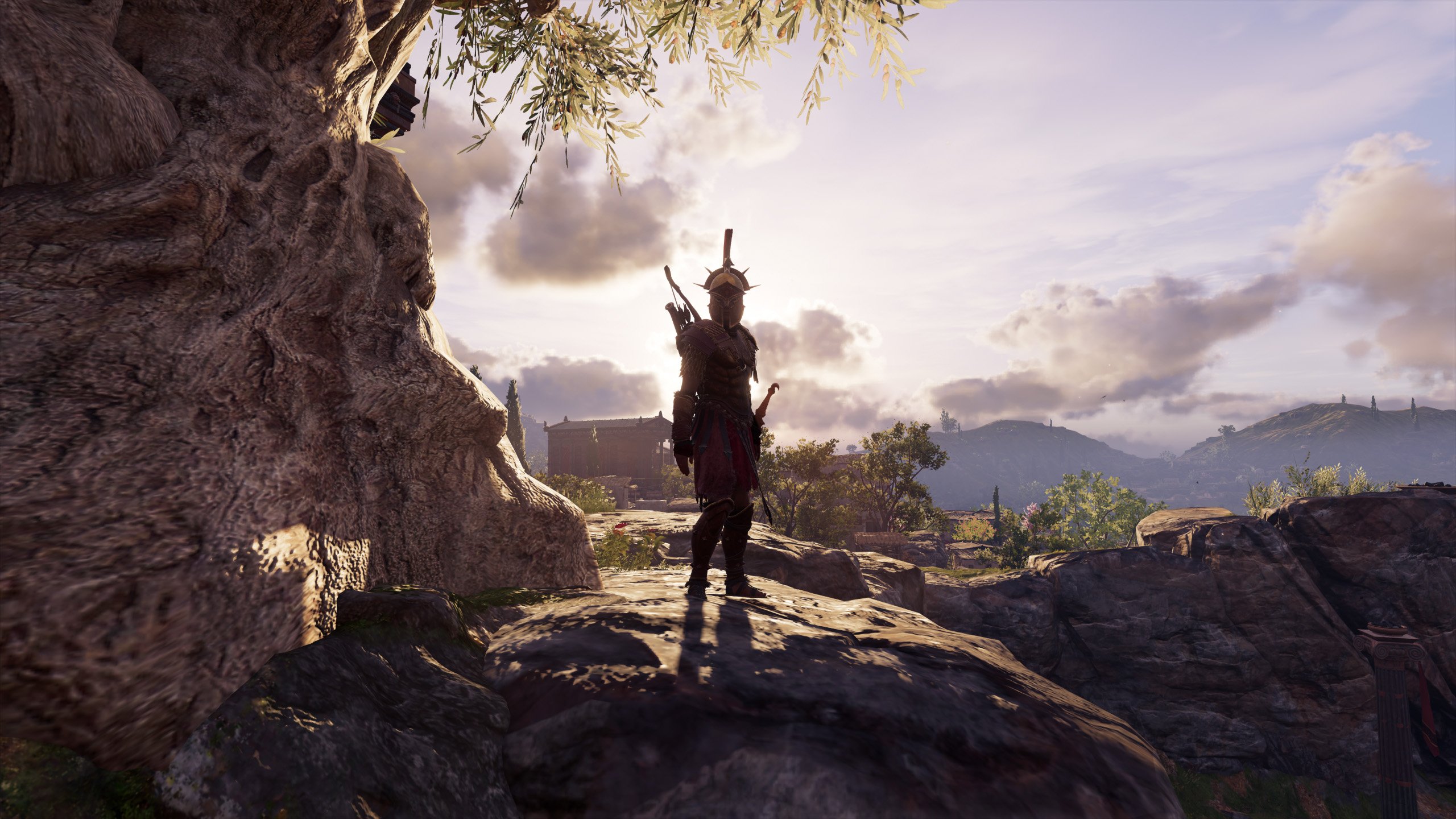 How to Defeat the Erymanthian Boar in Assassin's Creed Odyssey

The Erymanthian Boar in Assassin’s Creed Odyssey is probably the toughest fight I’ve had to date. Packed into a medium sized fighting area, this boar tends to release a poisonous gas that not only causes damage to the player, but also lingers in the area for the duration of the battle. This makes it impossible to fight in certain parts of the space, and forces players to push the pace to prevent choking to death. After several failed attempts, I’ve come up with a strategy and some build suggestions that will help all players defeat the Erymanthian Boar in Assassin’s Creed Odyssey.

The concept of this fight is rather simple. The Erymanthian Boar will not have any help, unless you count potential bears you may spot in the area. I dispatched one prior to the fight. Your focus can be on the boar and the boar alone. What makes this fight horrible is that your opponent likes to break wind, filling small pockets of the area with a poisonous gas. The gas never dissipates, so if you return to that area at any time during the fight you will begin taking damage again. If the fight continues for too long, you’ll start to find that you’re out of places to do battle, quite literally choking to death on boar farts.

Going into the fight, I was under leveled. I was level 37, and the Erymanthian Boar was level 38. I was also on the normal difficulty, so don’t worry about me blitzing through on easy and pretending to know what I’m talking about. I suffered through about five failures, tweaking my approach repeatedly until I came up with a winning formula.

During my first attempt at this fight I had the genius idea to work with a Hunter build, keeping my distance and using the bow and arrow. However, this boar never stops attacking, so you’ll be hard pressed to get a decent shot off frequently enough to finish the fight quickly. Yes, it can be done, but the average player would be better suited to ignore both Hunter damage and Assassin damage. This fight is all about Warrior damage.

Although I can't prove it, try rolling in the water when poisoned and you might find that the effect is removed quicker.

My Warrior damage going in was over 5,000. This was achieved using the complete Pegasos Set of armor, which also granted me +50% Adrenaline on Dodge. I don’t think that was a major factor, so feel free to mix and match armor at your preference, but the focus is on getting as much Warrior damage as you possibly can. Choose armor pieces that enhance the amount of Fire damage you do as well, since that is going to help push this fight along. Lastly, I tossed a throwaway into my second weapon slot solely because it granted +15% Damage on Animals.

The abilities that you choose are what will keep you alive and allow for you to deal massive amounts of damage to the Erymanthian Boar. Here’s a list of abilities that helped me through the fight:

The second ability of great importance is Battlecry of Ares. At Tier 3 this will put you in a fit of rage that lasts 20 seconds. During that time, you deal 50 percent more damage (so that 5,000 Warrior damage is now 7,500), but enemy attacks are also non-lethal. This means that if you’re about to die, popping your Battlecry of Ares ability will keep you alive, allowing you to throw caution to the wind and start beating up the Erymanthian Boar. As you do this you will earn Adrenaline, which hopefully buys you enough time to pop your Second Wind ability, removing the poison effect and regaining 50 percent of your health.

When it comes to dealing damage there are a few abilities that sit above the rest. Weapons Master pairs well with the Warrior build, bumping Warrior damage by 40 percent. Flaming Attacks and Fire Mastery are key to dealing Fire damage to the boar. Overpower Attacks can deal massive damage, especially if you pair it with other abilities, like Flaming Attacks and Battlecry of Ares. Over on the Assassin tree there is the Slow Time (Tier 3) ability, allowing you to slow down time for 10 seconds.

How this all plays out is important. Save Second Wind (Tier 3) for any time you're poisoned or near death. Otherwise, save three additional (four total) Adrenaline points. First pop Battlecry of Ares, then Flaming Attacks, then approach the Erymanthian Boar and hit it with the Overpower Attack from the Warrior tree. This will deal huge amounts of damage, but don’t stop there. Maximize the use of Battlecry of Ares by landing combinations (saving the one Adrenaline point for Second Wind (Tier 3), building up more Adrenaline to repeat the process again in a moment.

Now that you’ve defeated the Erymanthian Boar, check out our Assassin’s Creed Odyssey walkthrough and guide. It’s there that you’ll find all the information required to make you an effective assassin in Ancient Greece.