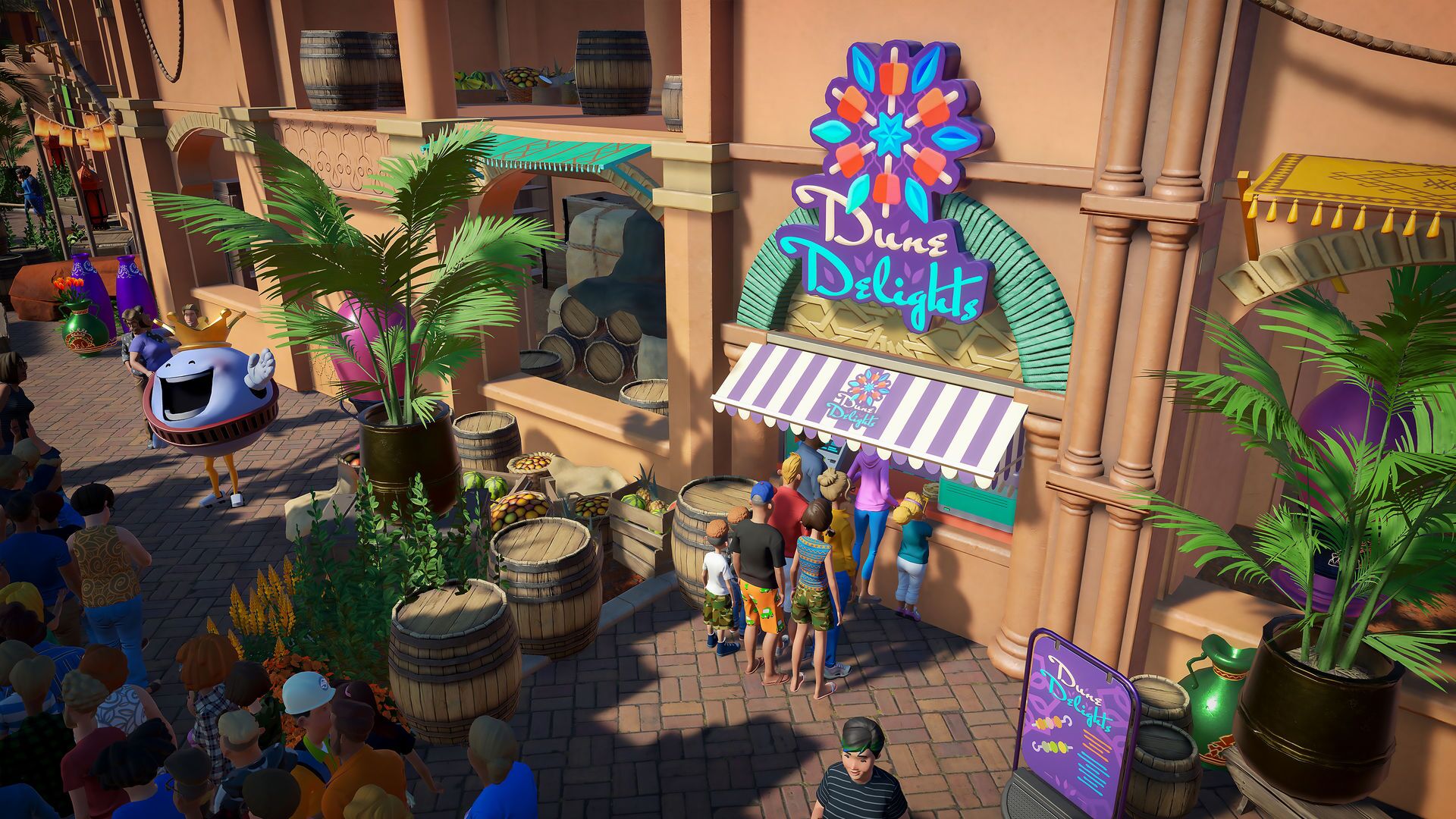 Planet Coaster, Frontier's expansive theme park simulator, is welcoming a hefty set of items into its fold with the new World's Fair Pack, which is adding a welcome tour of ten different countries' international flavor to the game. With over 300 building and 60 scenery items to be added into the fold, there's an extensive amount of new goodies for new and old fans alike, from France to Spain to Japan to Morocco and all the way back to the USA.

You can see it all laid out in the announcement trailer, but you really have to see it in-game for yourself, it looks like, to really be able to appreciate what's on offer. Beyond the building and scenery pieces, you also get a new transport coaster called Polarity that uses magnetic forces to propel the train forward, as well as the Jixxer and Interceptor, a dueling set of motorcycle coasters (two sets of them) that run on a hydraulic track with riders who lean into the corners. Sounds terrifying, but also like a great time for your attendees.

The World's Fair Pack has a sprinkling of other items with it as well with a free update that's hitting for all players, including new vending machines, restaurants, and a selection of other gameplay and quality of life improvements.

If you're looking to expand your Planet Coaster game exponentially, you'll want to grab the pack, which is available for $7.99 on October 16. Let us know if you decide to take the plunge, because it seriously looks pretty sweet.