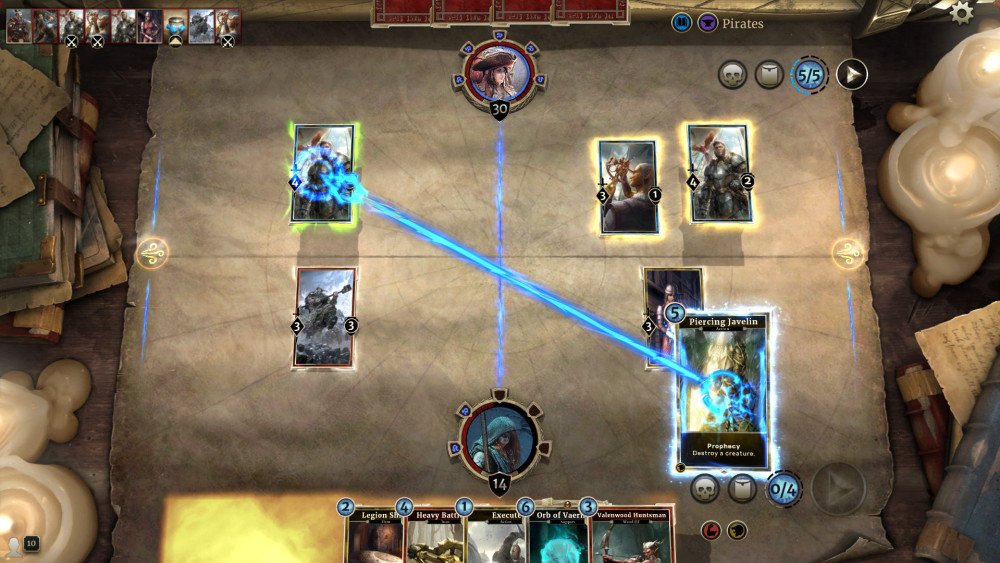 Bethesda's latest client for The Elder Scrolls: Legends has not been received well by any of the legions of players adopt it. Following Bethesda's announcement that the game would be receiving a new client from developer Sparkypants Studio, the change went live earlier this week. Fans are incredibly displeased, and Bethesda has chosen to take to Reddit to address player concerns.

There are hundreds of threads and angry comments from frustrated players all over The Elder Scrolls: Legends' subreddit as well as across the internet. Folks are right to be upset, as the new client appears to be riddled with bugs, a lackluster design, terrible animation and effects, a color scheme that fans aren't happy about, and a laundry list of more problems that no one is happy about. Not in the least.

The statement can be read in full via the official subreddit post below:

After Dire Wolf Digital was booted with Sparkypants Studio taking over duties, Bethesda's statement comes at a timely moment, especially as community manager Christian Van Hoose has been working to smooth things over as seen in the above statement.

"In terms of the look and feel of the game, this refresh is by no means complete. It was never our intention to roll out Sparkypants’ new client and call it a day. We’re committed to making Legends a game you—and we—are proud of."