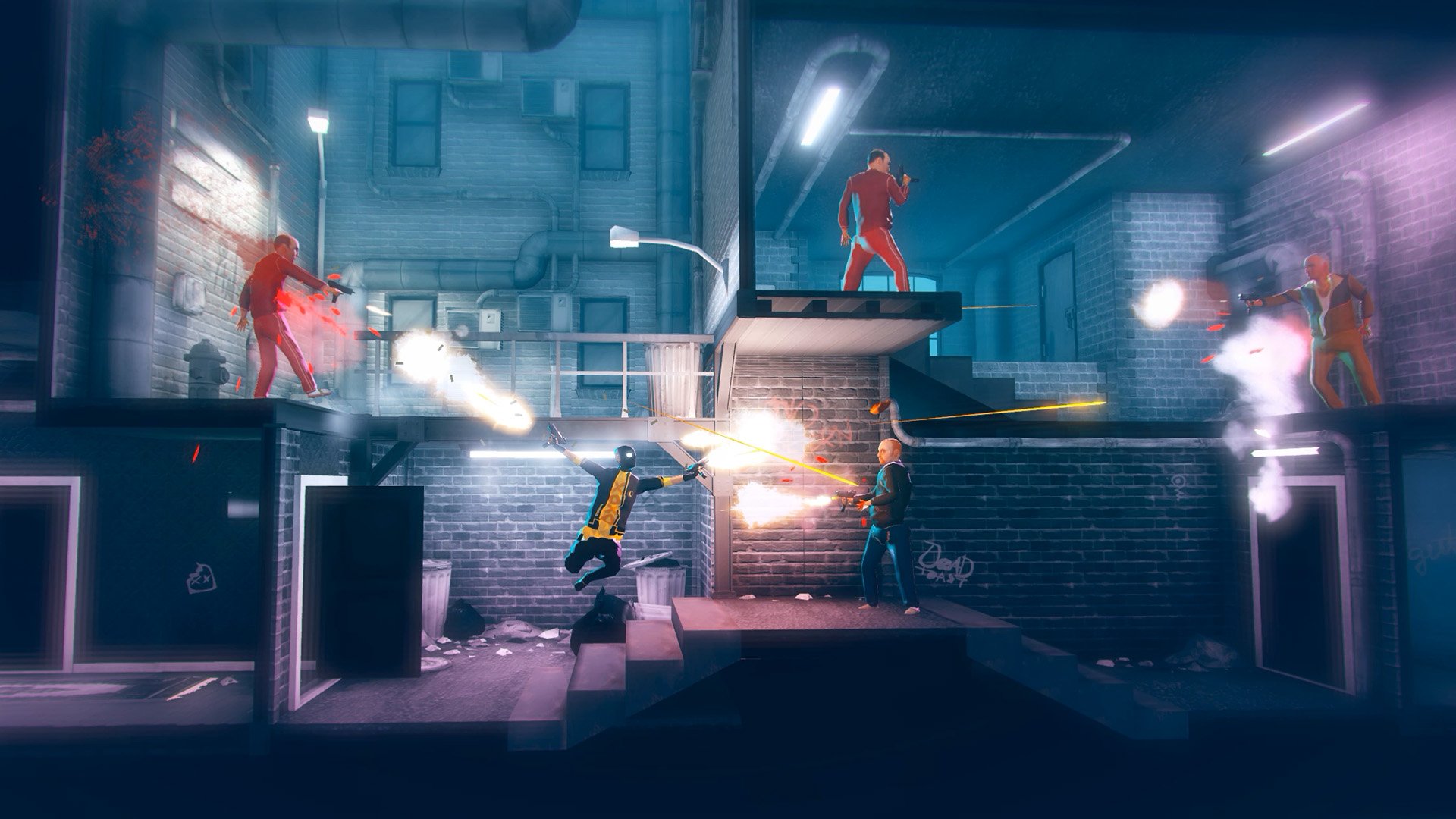 My Friend Pedro is a surreal bloodbath that has to be seen to be believed. Shacknews hung out with Victor Ågren, My Friend Pedro's creator and head honcho (seriously, he does just about everything!) at PAX West 2018's Devolver Digital booth for a chat about the upcoming game from Dead Toast Entertainment. Trust us – you're going to want to play this one.

My Friend Pedro is about "one man's struggle to obliterate anyone in his path at the behest of a sentient banana." It's a 2D run-and-gun platformer with 3D graphics with a focus on "feeling badass," says Victor. We can certainly vouch for that. The team's main inspiration, it turns out, was The Matrix, as well as games like Max Payne and the excellent cult favorite movie Equilibrium. It's all quite visible in the game once you give it a try, which you'll probably want to do after checking out our interview in the clip below.

Think My Friend Pedro is up your alley? Let us know in the comments below! For more great videos, including games convention coverage and developer interviews, be sure to check out Shacknews and GamerHub.tv over on YouTube.